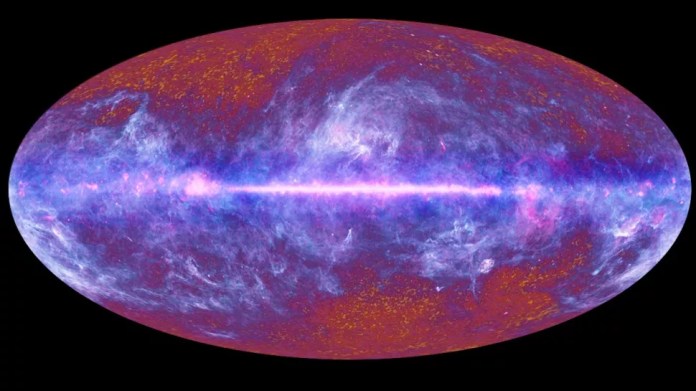 You can’t see the CMB with your naked eye, but it is everywhere in the universe. It is invisible to humans because it is so cold, just 2.725 degrees above absolute zero (minus 459.67 degrees Fahrenheit, or minus 273.15 degrees Celsius.) This means its radiation is most visible in the microwave part of the electromagnetic spectrum.

According to NASA, CMB fills the universe and in the days before cable TV every household with television could see the afterglow of the Big Bang. By turning the television to an “in-between” channel, you could see the CMB as a static signal on the screen.