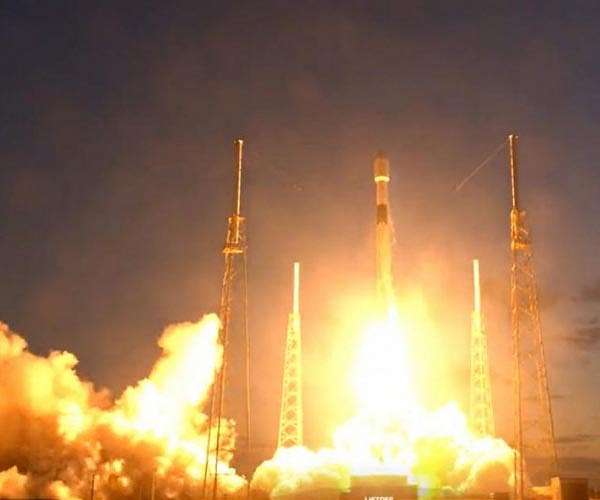 The Galaxy 33 and Galaxy 34 communication satellites were launched by a SpaceX Falcon 9 rocket at 7:05 p.m. EDT by SpaceX on behalf of the company Intelsat from Space Launch Complex 40 at Cape Canaveral Space Force Station in Florida.

The Falcon 9’s first stage booster landed on the A Shortfall of Gravitas drone ship about nine minutes later, according to SpaceX. It was the 14th launch and landing for the Falcon 9 booster.

Intelsat said in a statement that the Galaxy 33 satellite is expected to begin service in November and “will provide service continuity for distribution to cable headends throughout the United States.”

The company said that the satellites are “part of a comprehensive plan” to upgrade the Intelsat Galaxy fleet.

The launch was bumped back a day Friday “to allow additional time for vehicle checkouts,” SpaceX said in a statement. It was originally scheduled for Thursday night but was scrubbed at 30 seconds to liftoff due to a small helium leak.

The launch comes a couple of days after two launches on Wednesday: the launch of a Falcon 9 rocket carrying 52 Starlink satellites in the evening and NASA’s Crew 5 mission, carrying four astronauts to the International Space Station, in the afternoon. 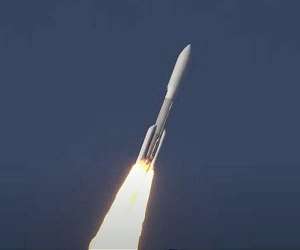 
Two new communications satellites are deployed into space after launching aboard an Atlas V rocket from Cape Canaveral Space Force Station, Fla.
The United Launch Alliance launch went smoothly with liftoff at 5:36 p.m. Tuesday, followed by the jettisoning of the Atlas V’s three solid rocket boosters two minutes later and the separation of its first stage about 4.5 minutes after liftoff. The upper stage of the Atlas V, known as the Centaur, then climbed high enough to deploy its payload of two c … read more