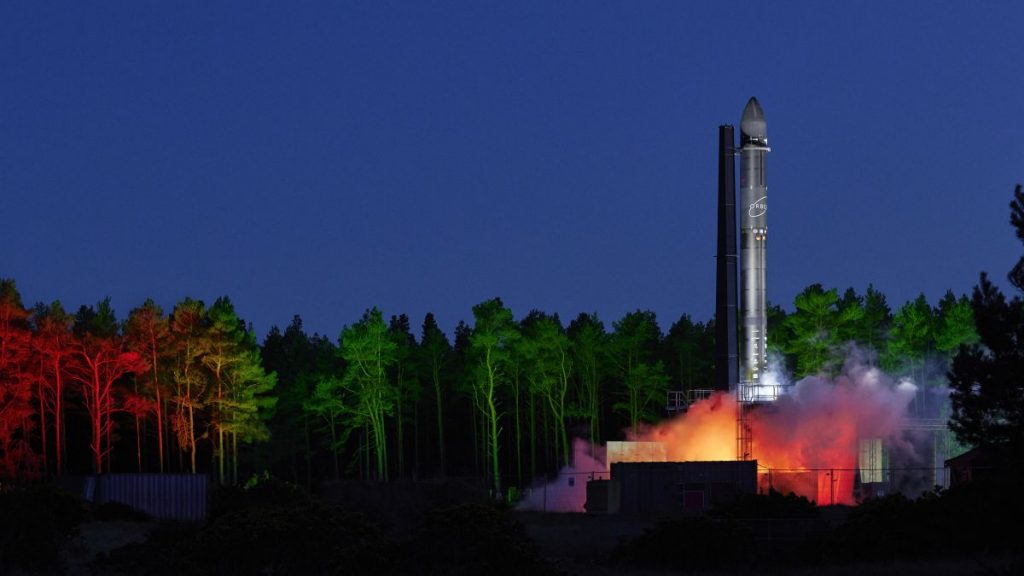 British rocket startup Orbex, which has plans to launch the first vertical rocket from U.K. soil next year, has signed a 50-year lease to develop and operate its home spaceport in the north of Scotland.

The spaceport, called Space Hub Sutherland, is one of two vertical launch sites that are currently being developed in Scotland, the second one being SaxaVord Spaceport on the Shetland Islands, off the coast of mainland Scotland.

The U.K. can also accommodate horizontal launches (launches of rockets dropped at altitude by carrier aircraft such as Virgin Orbit‘s Cosmic Girl jet ) from Spaceport Cornwall, which is expected to host the first ever orbital launch from U.K. soil later this month.

Related: The UK really wants commercial spaceports. Will they see rockets fly in 2022?

Orbex, which unveiled the prototype of its reusable Prime launcher earlier this year, is one of several rocket startups racing to grab a share of the growing small satellite launch market.

The company will lease Space Hub Sutherland from a local development agency for an initial period of 50 years with an option to extend for a further 25 years. Orbex will soon commence construction at the 10-acre launch site on the A’Mhoine peninsula in Sutherland. The bulk of the construction work will be contracted out to technology solutions company Jacobs, which also does a lot of work for NASA.

“Orbex is the first European launcher company to also manage a dedicated spaceport,” Orbex CEO Chris Larmour said in a statement. “It is an important competitive advantage to the company, which will make it really easy for us to work with customers as we scale up our operations.”

Orbex envisions flying up to 12 rockets into low Earth orbit from Space Hub Sutherland every year, but the company is facing fierce competition from fellow Scottish rocket startup Skyrora, which has committed to fly from the rival Shetland Islands spaceport.

On Oct. 8, Skyrora launched its suborbital Skylark L rocket from a test site in Iceland, but the booster failed to reach its intended altitude and fell into the sea shortly after liftoff. Orbex, which raised £40.4 million (roughly $63 million) in a Series C funding round announced on Oct. 18, has yet to perform a debut flight. Both companies bet on renewable rocket fuel; Orbex is using sustainably sourced natural gas, and Skyrora is adapting non-recyclable plastic waste. Lockheed Martin and Astra also plan to offer small satellite launches from the U.K.

Space Hub Sutherland previously faced legal challenges as a billionaire owner of a neighboring estate objected to the development. A court threw out the objection in August 2021, and Spaceport Sutherland received planning permission soon thereafter.