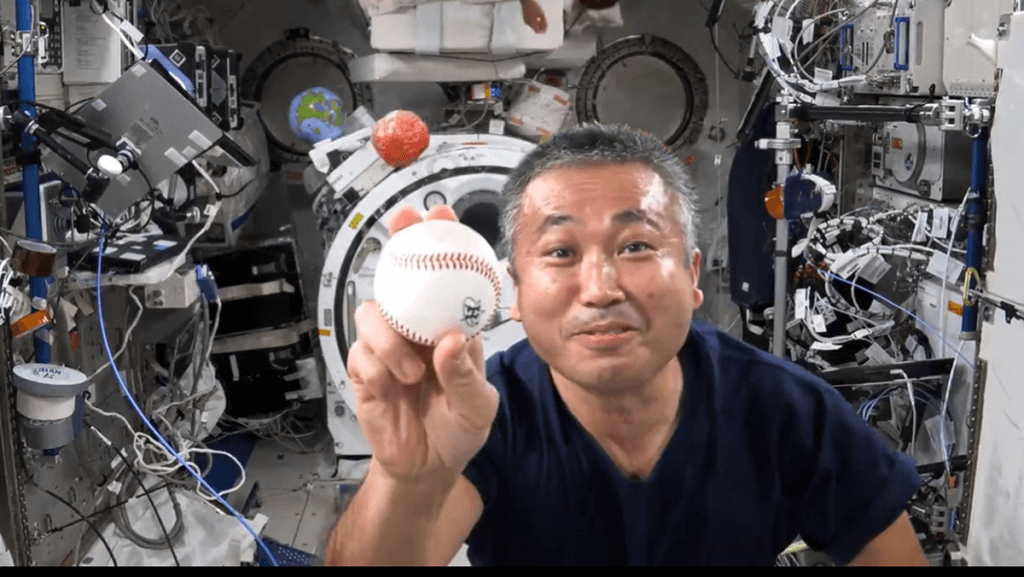 Astronauts threw a pitch in space to celebrate the start of this year’s World Series.

Four crewmembers of the current Expedition 68 mission of the International Space Station stepped up to the plate in space to celebrate Game 1 of the World Series, which saw the Philadelphia Phillies narrowly win over the Houston Astros 6 to 5 on Friday (Oct. 29). But there is time for a comeback, as the Astros took Game 2 and the teams play Game 3 of the best-of-seven series tonight (Oct. 31).

Numerous crews have engaged in ball sports in orbit, ranging from soccer to golf. Astronauts even pulled a Halloween trick in 2018, pretending they were billiard balls in orbit to engage students in STEM (science, technology, engineering and math).

The four spaceflyers — NASA astronauts Josh Cassada, Nicole Mann and Frank Rubio and Japan’s Koichi Wakata — talked science in the video before stepping aside for a ceremonial pitch. (The three other Expedition 68 crewmates — cosmonauts Anna Kikina, Dmitry Petelin and Sergey Prokopyev — do not appear in the video.)

“We wanted to take a moment to wish both teams good luck in the games ahead,” Mann says in the video, moments before Rubio tosses a baseball softly to Wakata.

Wakata’s catch, just in front of the camera, is flawless — likely no surprise given that the Japanese astronaut had 347 days of space experience across five missions even before joining SpaceX’s Crew-5 mission, his latest excursion.

The Phillies will have home field advantage in Games 3, 4 and 5 of the 118th edition of the World Series. If necessary, the series will go back to Houston (which had a better regular-season record than Philadelphia) for Games 6 and 7.