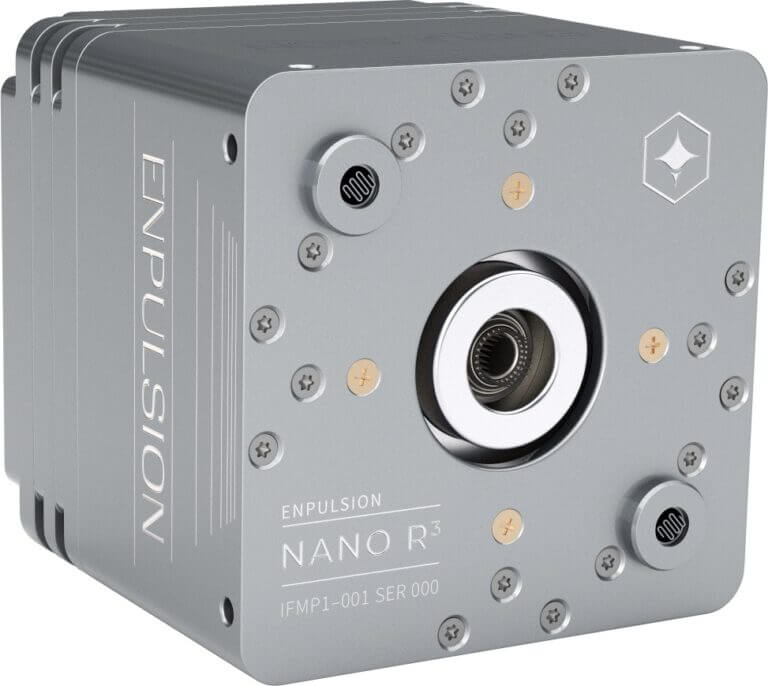 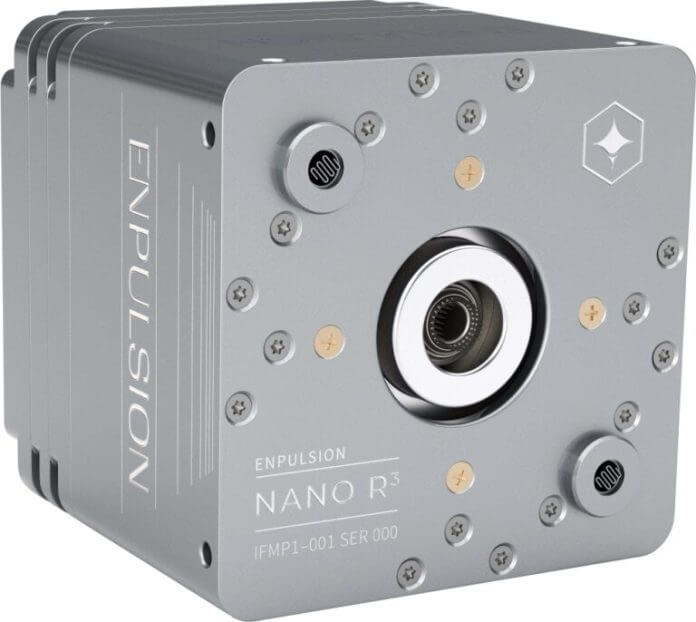 Small satellite propulsion has a critical role to play in keeping space sustainable.

Onboard thrusters can help ensure a satellite safely reaches its assigned orbit, moves out of harm’s way, relocates as market and mission requirements warrant, and dispose of itself when the time comes.

It is partly why the rise of smallsat constellations has spawned dozens of propulsion startups promising more efficient thruster as concerns over congested orbits grow.

“You cannot talk about space sustainability without talking about propulsion,” Lőrincz said.

As more satellites are added to low Earth orbit, he believes it will be increasingly crucial for smaller spacecraft to have the means to maneuver within their constellations.

Smallsats might need to dodge malfunctioning spacecraft and debris, or shift their position to heal an issue somewhere else on the network.

Lőrincz believes operators will be increasingly incentivised to deorbit spent satellites faster as constellations grow, enabling them to be replaced more efficiently and maintain or even improve service levels.

Constellations relying on intersatellite links, in particular, will want to minimize costs by limiting the number of satellites they send to space, he said, but risk “serious outages” if a spacecraft is lost and the network cannot be adjusted to compensate.“[T]o replace a malfunctioning satellite, you would have to remove it first, and obviously you want to perform that as fast and as coordinated as possible,” he said.

But for now, and in the absence of globally accepted orbital stewardship rules and incentives, he said spending resources to speed up a retired satellite’s atmospheric reentry is more about burnishing an operator’s corporate image than its bottom line.

Still, there are growing calls for international cooperation to enforce standardized rules for space operations. The World Economic Forum is developing a Space Sustainability Rating system, which scores companies based on factors including post-mission deorbit plans and collision-avoidance measures. Missions that voluntarily participate in the system would earn a certification and rating based on how they contribute to space sustainability.

While onboard propulsion is typical for large satellites that have provided vital services for decades, it is not as commonplace among smallsats that have relatively only recently graduated from experimental to commercial roles.

The satellites AAC Clyde Space is building for Eutelsat will use onboard propulsion for phasing, stationkeeping and collision avoidance.

“I suspect collision avoidance will become a mandatory requirement from licensing countries.”

“They want to see how we are going to mitigate the risk of collision with space junk,” said Vytenis Buzas, NanoAvionics CEO and co-founder.

“People are starting to talk about that and about ways to reduce the orbital altitude after the satellite is no longer operational, including propulsion, tethers and other deorbiting devices.”

Orbion is developing a thruster uniquely designed for collision avoidance. While electric propulsion is extremely fuel-efficient — and thus a popular option for especially volume-constrained satellites — it is unlikely to provide enough on-demand thrust to avoid a collision without substantial lead time.

“Most electric propulsion technologies just can’t get out of the way in time even if you stomp on the accelerator,” he said. “We have a feature we added to our system that resolves that issue.”

At the same time, regulators are beginning to insist satellites actively deorbit at the end of missions.

OIL SPILLS ARE BAD FOR BUSINESS

Companies concerned about their reputations don’t want to be seen as bad for the environment.

A satellite that crashes into something during deorbit because it does not have sufficient propulsion to control its descent would be a business-hurting PR disaster, to say the least. Oil spills on Earth, after all, tend to be bad for business.

A satellite devoting more of its power budget to thrusters has less available for running cameras, transponders, or other payloads central to generating revenue or meeting its mission.

Morpheus co-founder Lőrincz said propulsion companies like his “should be obligated to make their offering so enticing that sustainable operations have no significant impact on the bottom line. Or even better, that adopting propulsion is helping the business and this is what we set out to do.”

Lőrincz said it is in a co-engineering phase with OneWeb to support the operator’s second-generation constellation.

More power-efficient thrusters could mean a satellite can move while imaging or communicating without putting undue strain on its batteries or solar cells.

That opens up new applications for different types of satellites, according to space propulsion startup Accion Systems, which recently sold a majority stake of the venture to private equity for $42 million.

Using a combination of liquid and electric propulsion for thrusters enables Accion’s system to be unpressurized, unlike some others that have to manage pressurized gas containment technology.

“We’re not needing to launch little bombs into orbit that have the potential to not only destroy a customer’s own constellation, if there’s a chain reaction of explosions, but they could also really muck up LEO for everybody else as well,” she said.