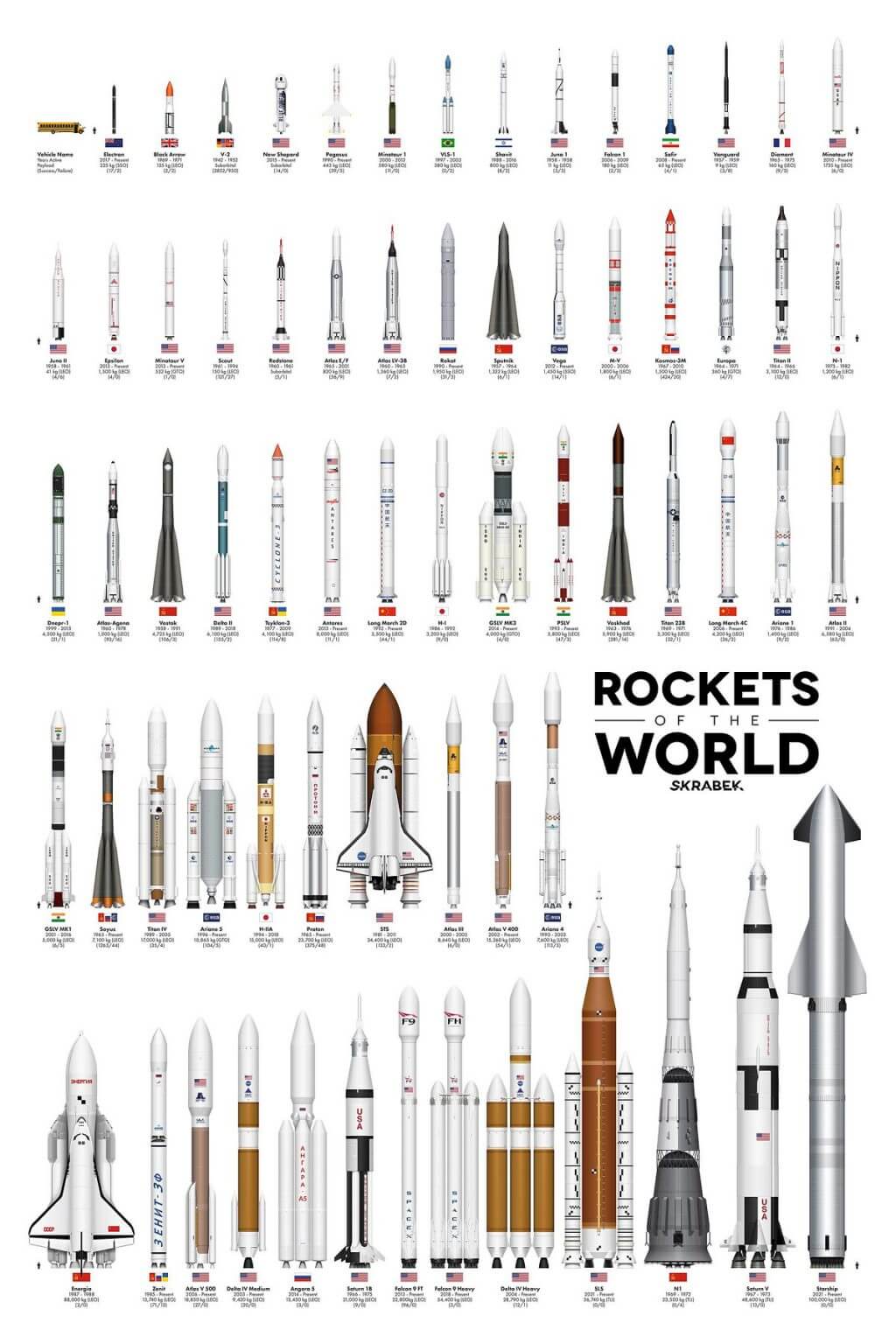 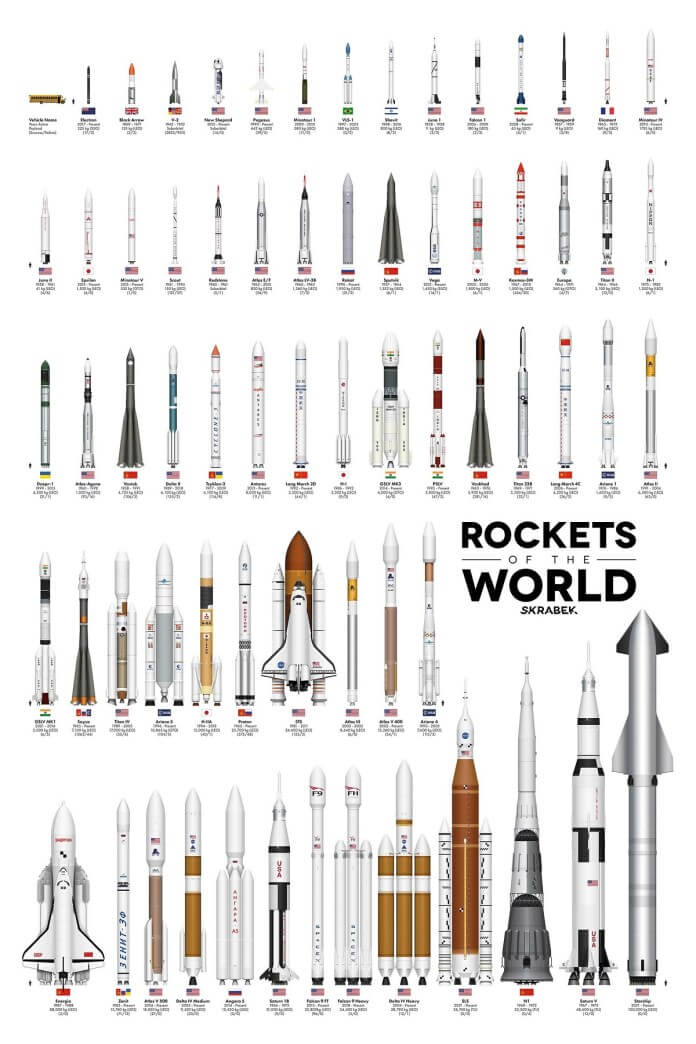 The SpaceX Starship might be the next rocket to take humans to the moon, but it won’t be the first, and likely not the last.

Starting in the mid-20th century, humanity has explored space faster than ever before. We’ve launched satellites, telescopes, space stations, and spacecrafts, all strapped to rocket-propelled launch vehicles that helped them breach our atmosphere.

This infographic from designer Tyler Skarbek stacks up the many different rockets of the world side-by-side, showing which country designed them, what years they were used, and what they (could) accomplish.

How Do The World’s Rockets Stack Up?

Before they were used for space travel, rockets were produced and developed to be used as ballistic missiles.

The first rocket to officially reach space—defined by the Fédération Aéronautique Internationale as crossing the Kármán line at 100 kilometers (62 miles) above Earth’s mean sea level—was the German-produced V-2 rocket in 1944.

But after World War II, V-2 production fell into the hands of the U.S., the Soviet Union (USSR), and the UK.

Over the next few decades and the unfolding of the Cold War, what started as a nuclear arms race of superior ballistic missiles turned into the Space Race. Both the U.S. and the USSR tried to be the first to achieve and master spaceflight, driving production of many new and different rockets.

As the Space Race wound down, the U.S. proved to be the biggest producer of different rockets. The eventual dissolution of the USSR in 1991 transferred production of Soviet rockets to Russia or Ukraine. Then later, both Europe (through the European Space Agency) and Japan ramped up rocket production as well.

More recently, new countries have since joined the race, including China, Iran, and India. Though the above infographic shows many different families of rockets, it doesn’t include all, including China’s Kuaizhou rocket and Iran’s Zuljanah and Qased rockets.

Designing a rocket that can reach far into space while carrying a heavy payload—the objects or entities being carried by a vehicle—is extremely difficult and precise. It’s not called rocket science for nothing.

When rockets are designed, they are are created with one specific range in mind that takes into account the fuel needed to travel and velocity achievable. Alternatively, they have different payload ratings depending on what’s achievable and reliable based on the target range.

But there are other ranges and orbits in the eyes of potential spacefarers. Mars for example, a lofty target in the eyes of SpaceX and billionaire founder Elon Musk, is between about 54 and 103 million km (34 and 64 million miles) from Earth at its closest approach.