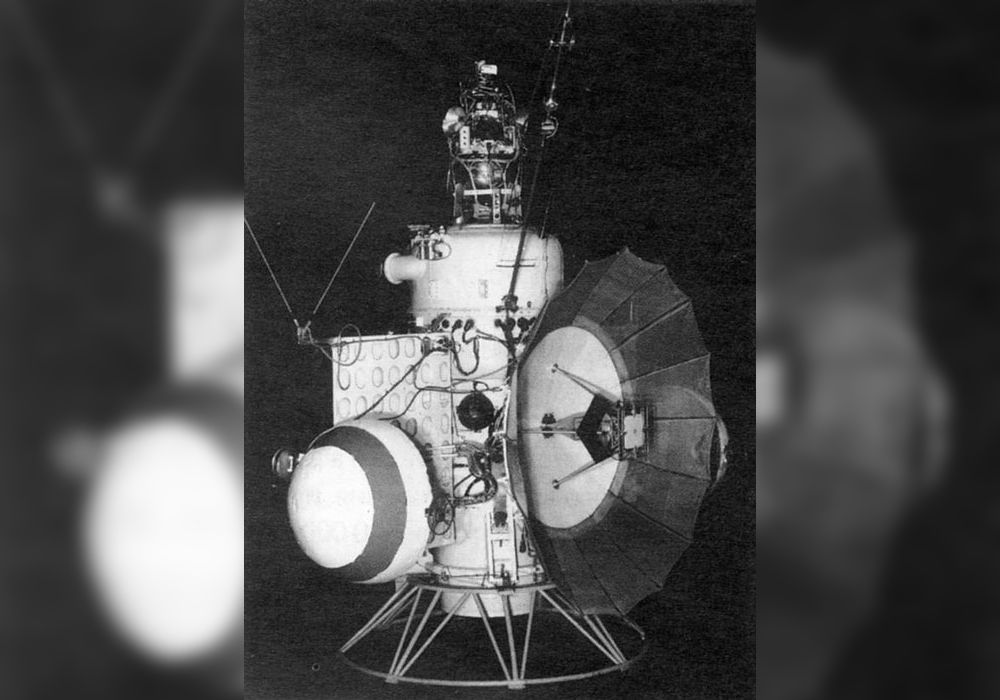 On Nov. 1, 1962, the Soviet Union launched the Mars 1 spacecraft on a mission to fly by the Red Planet. While it did end up flying by Mars, the mission was not exactly a success.

A Brief History of Mars Missions

Journey to the Red Planet: A Mars Missions Timeline

After Mars 1separated from the rocket, it deployed its solar panels and started cruising toward Mars. When mission controllers were checking out the telemetry it transmitted back to Earth, they found out that Mars 1 had sprung a leak in one of the gas valves that controls the spacecraft’s orientation.

And without a working orientation system, Mars 1 would have a hard time pointing its antennas in the right direction. It lost contact with Earth when it was about halfway to Mars.

On This Day in Space Archive!

Still not enough space? Don’t forget to check out our Space Image of the Day, and on the weekends our Best Space Photos and Top Space News Stories of the week.