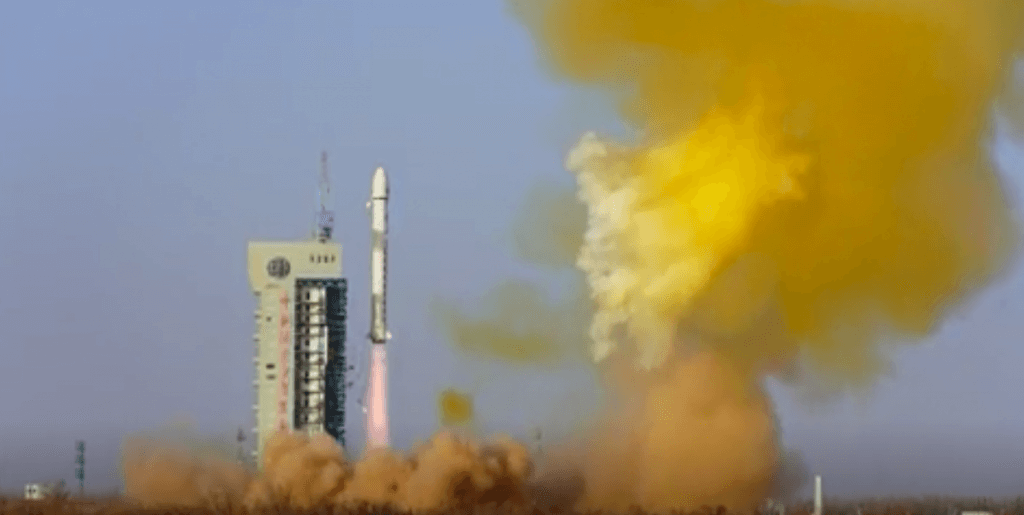 China sent a classified experimental satellite to orbit on Friday (Oct. 28), continuing a busy October for the nation.

The Shiyan-20C spacecraft lifted off on Friday at 9:01 p.m. EDT (0101 GMT and 9:01 a.m. Beijing time on Oct. 29), riding a Long March 2D rocket into the sky from Jiuquan Satellite Launch Center in northwestern China.

“The satellite will be mainly used for in-orbit verification of new technologies such as space environment monitoring,” the state-run media outlet Xinhua wrote.

This vague description is fairly standard for the Shiyan satellites, whose name translates as “experiment.”

The Shiyan constellation is a relatively large one, consisting of 22 spacecraft now that Shiyan-20C is aloft, according to NASASpaceflight.com. The satellites likely do a variety of jobs and test a range of new technologies.

— Debris from Chinese rocket crash found in Indonesia and Malaysia

That most recent liftoff sent the Mengtian module skyward atop a Long March 5B rocket. Mengtian is the third and final piece of China’s T-shaped Tiangong space station. Its arrival, expected later tonight, will mark the end of Tiangong’s assembly phase and the beginning of full operations for the orbital outpost.

Editor’s note: This story was corrected at 5 p.m. EDT on Oct. 31 to attribute NASASpaceflight.com as a source. The original version erroneously attributed Spaceflight Now.