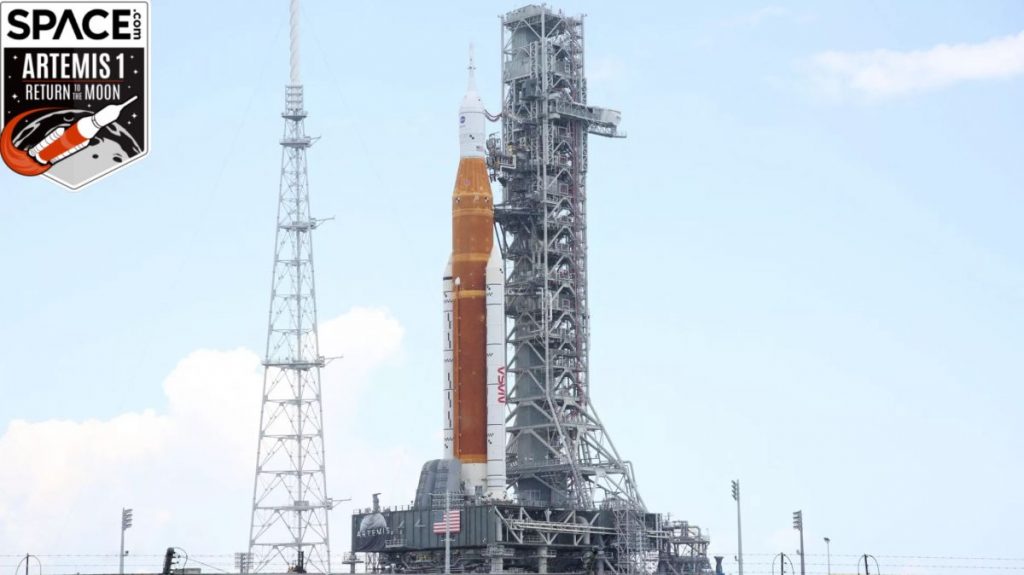 NASA’s Artemis 1 moon rocket will make another trip to the launch pad on Friday (Nov. 4) ahead of its historic lunar mission.

Artemis 1 is the first mission for NASA’s massive Space Launch System (SLS) megarocket and the second for the Orion spacecraft capsule it will launch to lunar orbit. The rocket has been rolled back to NASA’s Vehicle Assembly Building (VAB) on three previous occasions — once each in April and July following fueling tests, and again in September to shelter from Hurricane Ian.

If all goes according to plan, SLS and Orion will roll back out to Launch Pad 39B at NASA’s Kennedy Space Center in Florida on Friday (Nov. 4), with the 4-mile (6.4 kilometers) journey beginning at 12:01 a.m. EDT (0401 GMT), according to a NASA blog post (opens in new tab) published Friday (Oct. 28). NASA adds that “minor repairs identified through detailed inspections are mostly completed” on the SLS rocket ahead of the next launch window.

Following the last roll back to the VAB on Sept. 26 to shelter SLS from Hurricane Ian, NASA engineers have been completing testing and repairs on the rocket. “Testing of the reaction control system on the twin solid rocket boosters, as well as the installation of the flight batteries, is complete and those components are ready for flight,” NASA wrote in the blog post.

—  Artemis 1: The first step in returning astronauts to the moon

NASA adds that engineers have also replaced batteries on the rocket’s interim cryogenic propulsion stage (ICPS), which was “powered up for a series of tests to ensure the stage is functioning properly.” Final confidence checks were also completed on the ICPS, the rocket’s second stage that will propel it and the Orion capsule toward the moon once SLS’s solid rocket boosters and core stage have been jettisoned following liftoff and first-stage burn.

There are still several systems that engineers continue to work on, including replacing batteries on the rocket’s core stage and upper section. Testing of the flight termination system, which is designed to destroy the SLS if something goes wrong during launch, will resume next week once the rocket is back at the pad, NASA wrote.