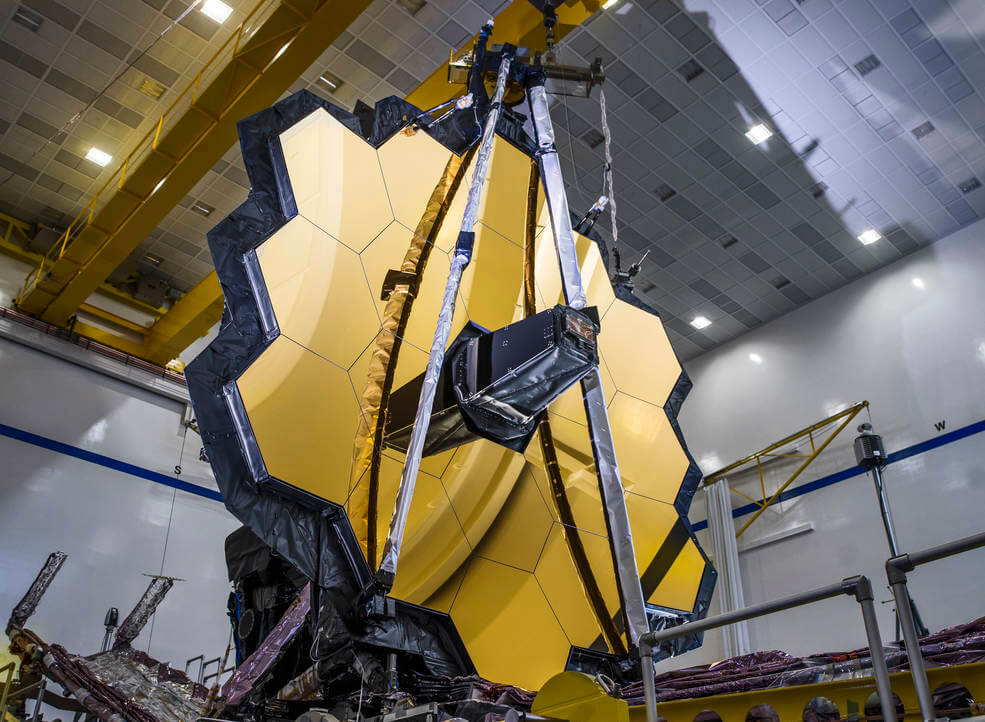 NASA will hold a media teleconference at 11 a.m. EST on Friday, Feb. 11, to share progress made in the early stages of aligning the James Webb Space Telescope’s mirrors. The agency will livestream audio of the teleconference on its website.

Engineers and scientists will review the first weeks of the months-long alignment process and discuss early imagery that shows how the Webb team has identified starlight through each of telescope’s 18 hexagonal mirror segments. NASA will make this imagery available at 10:30 a.m. before the call on the Webb telescope blog.

To ask questions during the teleconference, media must RSVP no later than two hours prior to the event to Natasha Pinol at: natasha.r.pinol@nasa.gov. NASA’s media accreditation policy is available online.

The Webb team has begun to fine-tune the telescope using images captured by its Near-Infrared Camera (NIRCam). The early engineering imagery produced during this stage in the process, called “segment image identification,” stitches together more than 1,000 images to form 18 unfocused versions of a single star. This serves as the starting point for gradually aligning Webb’s mirror segments into one precise system.

Following the telescope’s alignment over the next several months, the Webb team will then move on to prepare the instruments for science observations and release the mission’s first science images and data in the summer.

Webb, an international partnership with ESA (European Space Agency) and the Canadian Space Agency, launched Dec. 25 from Europe’s Spaceport in Kourou, French Guiana. After unfolding into its final form in space and successfully reaching its destination 1 million miles from Earth, the observatory is now in the months-long process of preparing for science operations.

Webb will explore every phase of cosmic history – from within the solar system to the most distant observable galaxies in the early universe, and everything in between. Webb will reveal new and unexpected discoveries and help humanity understand the origins of the universe and our place in it.

NASA has a digital media kit for web as well as image and video galleries online. The public also can follow Webb’s progress via a “Where is Webb?” interactive tracker.