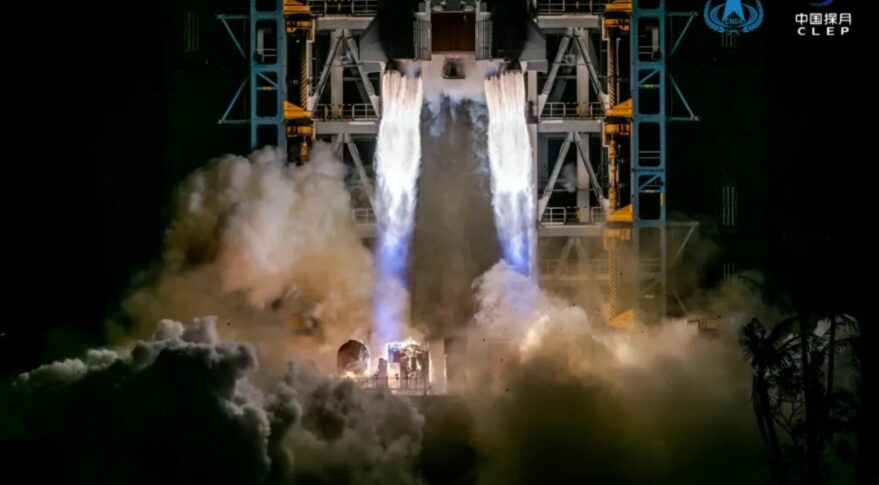 HELSINKI — The National Natural Science Foundation of China has outlined a five-year project for researchers to study the assembly of ultra-large spacecraft.

Scientists are being directed to meet the “urgent need” for the construction of ultra-large spacecraft. Preliminary research is to include studying the challenges of developing lightweight structures and subsequent on-orbit assembly and control.

Though vague, the project would have practical applications for potential megaprojects including colossal space-based solar power stations. Such facilities would be based in geostationary orbit and span kilometers. These stations would collect solar energy and transmitting power to Earth through microwaves.

Kilometer-scale, ultra-large spacecraft are described as “major strategic aerospace equipment for the future use of space resources, exploration of the mysteries of the universe, and long-term habitation in orbit,” according to the project outline within the mathematical and physical sciences attachment to the released document.

The project would focus on minimizing the weight of the spacecraft to reduce the number of launches and construction, according to an initial report by the South China Morning Post. Modeling of on-orbit dynamics and ground simulation tests of dynamics and control of the space assembly process are also noted as research content for the project.

It is one of 10 proposed research outlines released earlier this month. Funding is expected for a total of five projects and a maximum budget of $2.3 million (15 million yuan).

The announcement from China’s science and technology ministry’s funding arm marks only preliminary research into severely complex and costly challenges of developing what are termed ultra-large spacecraft.

At the same time it indicates that another aspect of capabilities required for huge endeavors such as space-based solar power is being studied. Other concepts including a huge, space-assembled space telescope project, are already being worked on and could provide relevant technology.

Work on an Ultra-Large Aperture On-Orbit Assembly Project under the Chinese Academy of Sciences (CAS) and with support from the Chinese Ministry of Science and Technology is already underway.

The project is  focused on the challenges of automated, intelligent on-orbit assembly of a 10-meter-level aperture telescope through cooperation between the Changchun Institute of Optics, Fine Mechanics and Physics (CIOMP) under CAS and the University of Surrey in the United Kingdom.

A research vessel recently carried out 300-meter-altitude microwave transmission tests in the East China Sea with the involvement of CAST.

The plan, if approved, would aim for commercial, on-orbit gigawatt-level power generation by 2050. This would require more than 100 super heavy-lift Long March 9 launches and around 10,000 tons of infrastructure, assembled in orbit, according to Long Lehao, a chief designer of China’s Long March rocket series.

Long has presented an upgraded, reusable concept for the country’s Long March 9 super heavy-lift rocket currently in development could help address launch costs and cadence for the project.

A future crewed expedition to Mars could also benefit from the research project. The China Academy of Launch Vehicle Technology in June unveiled a tentative space transportation roadmap for a sustained presence on Mars.

China is currently constructing a three-module, 66-ton space station in low Earth orbit. The complex is being built across 11 missions through the end of 2022.

The program was initiated in 1992 and required huge resources and accumulation of capabilities of expertise. Ultra-large spacecraft would present greater demands on resources. Space industry insiders commenting to the Global Times noted the time-span and limitations of the International Space Station, noting that kilometer-level spacecraft face greater time, management and other challenges beyond those of complexity.

The country is however apparently looking to outer space for potential answers to social development challenges and concerns such as energy and resource security.