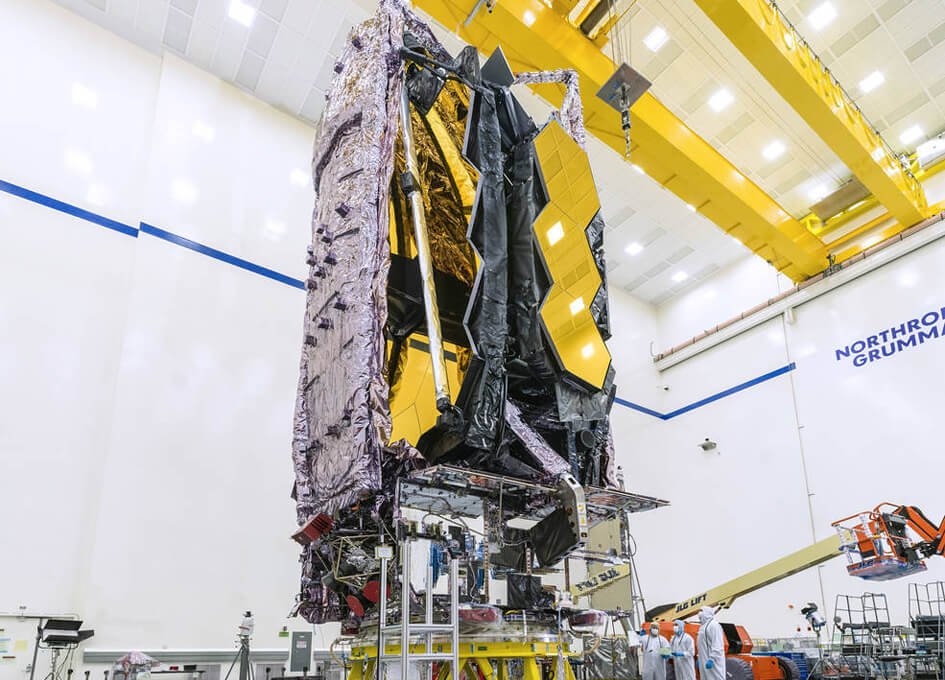 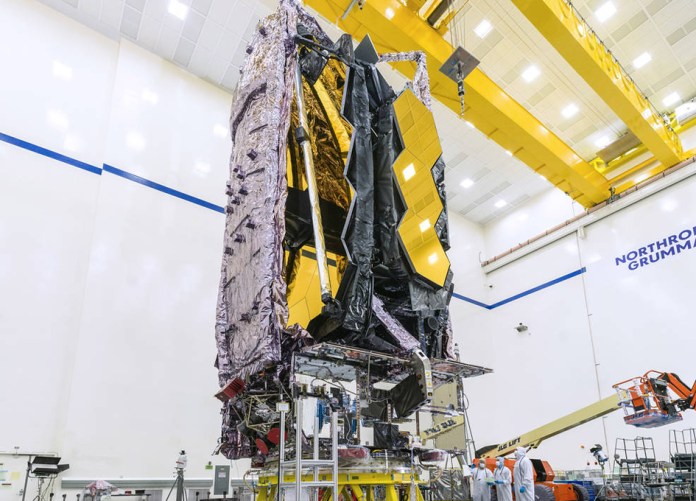 After successful completion of its final tests, NASA’s James Webb Space Telescope is being prepped for shipment to its launch site.

Engineering teams have completed Webb’s long-spanning comprehensive testing regimen at Northrop Grumman’s facilities. Webb’s many tests and checkpoints were designed to ensure that the world’s most complex space science observatory will operate as designed once in space.

Now that observatory testing has concluded, shipment operations have begun. This includes all the necessary steps to prepare Webb for a safe journey through the Panama Canal to its launch location in Kourou, French Guiana, on the northeastern coast of South America. Since no more large-scale testing is required, Webb’s clean room technicians have shifted their focus from demonstrating it can survive the harsh conditions of launch and work in orbit, to making sure it will safely arrive at the launch pad. Webb’s contamination control technicians, transport engineers, and logistics task forces are all expertly prepared to handle the unique task of getting Webb to the launch site. Shipping preparations will be completed in September.

Webb Will Soon Be on its Way

“NASA’s James Webb Space Telescope has reached a major turning point on its path toward launch with the completion of final observatory integration and testing,” said Gregory L. Robinson, Webb’s program director at NASA Headquarters in Washington. “We have a tremendously dedicated workforce who brought us to the finish line, and we are very excited to see that Webb is ready for launch and will soon be on that science journey.”

While shipment operations are underway, teams located in Webb’s Mission Operations Center (MOC) at the Space Telescope Science Institute (STScI) in Baltimore will continue to check and recheck the complex communications network it will use in space. Recently this network fully demonstrated that it is capable of seamlessly sending commands to the spacecraft. Live launch rehearsals are underway within the MOC with the explicit purpose of preparing for launch day and beyond. There is much to be done before launch, but with integration and testing formally concluded, NASA’s next giant leap into the cosmic unknown will soon be underway.

Once Webb arrives in French Guiana, launch processing teams will configure the observatory for flight. This involves post-shipment checkouts to ensure the observatory hasn’t been damaged during transport, carefully loading the spacecraft’s propellant tanks with hydrazine fuel and nitrogen tetroxide oxidizer it will need to power its rocket thrusters to maintain its orbit, and detaching ‘remove before flight’ red-tag items like protective covers that keep important components safe during assembly, testing, and transport. Then engineering teams will mate the observatory to its launch vehicle, an Ariane 5 rocket provided by ESA (European Space Agency), before it rolls out to the launch pad. Webb is an international program led by NASA with its partners, ESA (European Space Agency) and the Canadian Space Agency.

The James Webb Space Telescope is an amazing feat of human ingenuity, made more impressive by the obstacles Webb personnel overcame to deliver this amazing space science observatory. Earthquakes, a devastating hurricane, snowstorms, blizzards, wildfires, and a global pandemic are only some of what the people behind Webb endured to ensure success. Webb’s story is one of perseverance – a mission with contributions from thousands of scientists, engineers, and other professionals from more than 14 countries and 29 states, in nine different time zones.

“To me, launching Webb will be a significant life event – I’ll be elated of course when this is successful, but it will also be a time of deep personal introspection. Twenty years of my life will all come down to that moment,” said Mark Voyton, Webb observatory integration and test manager at NASA’s Goddard Space Flight Center in Greenbelt, Maryland. “We’ve come a long way and worked through so much together to prepare our observatory for flight. The telescope’s journey is only just beginning, but for those of us on the ground who built it, our time will soon come to an end, and we will have our opportunity to rest, knowing we put everything on the line to make sure our observatory works. The bonds we formed with each other along the way will last far into the future.”

After launch, Webb will undergo an action-packed six-month commissioning period. Moments after completing a 26-minute ride aboard the Ariane 5 launch vehicle, the spacecraft will separate from the rocket and its solar array will deploy automatically. After that, all subsequent deployments over the next few weeks will be initiated from ground control located at STScI.

Webb will take one month to fly to its intended orbital location in space nearly one million miles away from Earth, slowly unfolding as it goes. Sunshield deployments will begin a few days after launch, and each step can be controlled expertly from the ground, giving Webb’s launch full control to circumnavigate any unforeseen issues with deployment.

Once the sunshield starts to deploy, the telescope and instruments will enter shade and start to cool over time. Over the ensuing weeks, the mission team will closely monitor the observatory’s cooldown, managing it with heaters to control stresses on instruments and structures. In the meantime, the secondary mirror tripod will unfold, the primary mirror will unfold, Webb’s instruments will slowly power up, and thruster firings will insert the observatory into a prescribed orbit.

Once the observatory has cooled down and stabilized at its frigid operating temperature, several months of alignments to its optics and calibrations of its scientific instruments will occur. Scientific operations are expected to commence approximately six months after launch.

‘Flagship’ missions like Webb are generational projects. Webb was built on both the legacy and the lessons of missions before it, such as the Hubble and Spitzer space telescopes, and it will in turn provide the foundation upon which future large astronomical space observatories may one day be developed.

“After completing the final steps of the James Webb Space Telescope’s testing regimen, I can’t help but see the reflections of the thousands of individuals who have dedicated so much of their lives to Webb, every time I look at that beautiful gold mirror,” said Bill Ochs, Webb project manager for NASA Goddard.

The James Webb Space Telescope will be the world’s premier space science observatory when it launches in 2021. Webb will solve mysteries in our solar system, look beyond to distant worlds around other stars, and probe the mysterious structures and origins of our universe and our place in it.