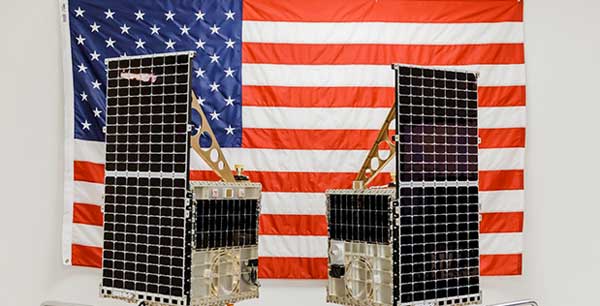 During its on-orbit mission, Mandrake 2 will demonstrate the viability of low size, weight, power, and cost laser communications terminals that are interoperable. “This constitutes a game-changing advancement and a critical enabler for proliferated space architectures,” said Stephen Forbes who is program manager of the Blackjack program in DARPA’s Tactical Technology Office. “Mandrake 2 has already successfully demonstrated a rapid satellite development timeline, since the Blackjack program moved from contract award to delivery of space vehicles at the launch site in less than nine months.”