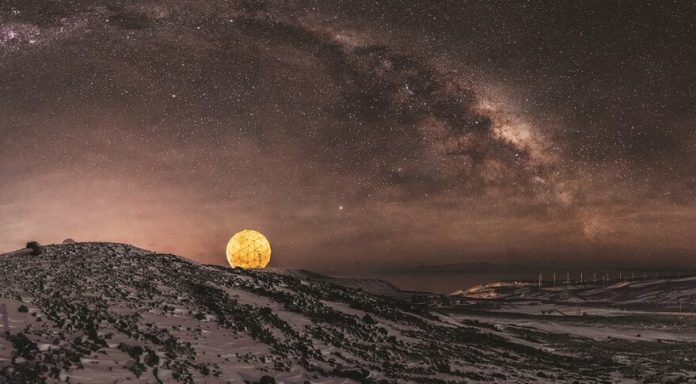 It’s a good thing the National Oceanic and Atmospheric Administration has plenty of time to prepare for its next generation of polar-orbiting weather satellites — because the changes the agency is contemplating are dramatic.

Instead of flying satellites the size of pickup trucks like the current Joint Polar Satellite System (JPSS), NOAA is exploring the benefits of feeding data supplied by a constellation of small satellites in low Earth orbit into weather forecast models.

“We would like to start the process of adopting more commercial practices in low orbit and seeing how we might implement them,” said Greg Mandt, NOAA JPSS program director. “If we spend the next five or six years seeing what we could do, that could produce quite an interesting paradigm shift.”

NOAA is not the only government agency exploring the benefits of gathering weather data with small satellites. The U.S. Space Force is funding development of small satellites to characterize clouds and provide weather data in military theaters of operations. The European Space Agency is developing a prototype for a constellation of small Arctic Weather Satellite spacecraft.

Government agencies are eager to profit from the steady stream of commercial innovation. Companies are relaying communications and gathering weather-related information and imagery with growing fleets of cubesats and small satellites in low Earth orbit.

“We’re trying to explore how to take advantage of all that,” Mandt said.

Many of the advantages for weather agencies are obvious.

Small satellites tend to be less expensive and lighter weight than their sizable counterparts. As a result, they fit on many different launch vehicles and several can be launched at the same time, unlike school bus or truck-size satellites that generally require a dedicated launch vehicle, said Nick Bucci, missile defense and space systems vice president at General Atomics Electromagnetic Systems.

“With small satellites, you could update technology on a much more rapid schedule and at lower cost,” said Kevin Maschhoff, BAE Systems engineering fellow.

Traditional NOAA weather satellites designed to operate in orbit for at least seven years were expensive, often requiring a decade and several hundred million dollars to move from proposal to orbit.

“Can you break those observations into smaller pieces because with all the small satellite providers, it’s almost like Henry Ford’s Model T era,” Mandt said. “Instead of building a specialty car, we’ve now got the Model T. As long as you are not trying to turn it into a Ferrari, you can drive down the cost.”

In addition to buying commercial satellite buses, NOAA could turn to the commercial sector to transfer data rather than continuing to pay for government infrastructure like satellite dishes at McMurdo Station, Antarctica, and Svalbard, Norway.

“Imagine instead having your little satellites talk to communication satellites that deliver data to you in the cloud,” Mandt said. “If you commoditize the infrastructure, you can put your money in the instruments and the data products.”

“You’ve got to change the attitude of engineers, mission assurance people, contracting officers and your review process,” Mandt said. “We’ve got to reinvent all of our processes at the same time.”

NOAA also needs new cost models because the ones created by NASA and the Defense Department tend to be based on missions involving large government satellites with multiple sensors.

Instead of addressing all those issues at once, NOAA plans to conduct a series of demonstrations while continuing to draw weather data from the JPSS constellation. (NOAA plans to launch the three remaining JPSS satellites in 2022, 2027 and 2032.)

“How do we take baby steps to test the sort of distributed architecture and commercial capability we can bring into our operation so that we still provide reliable data for the nation?” Mandt asked. “Can we do it in a more efficient way, and a cheaper way, that leads to better forecasting?”

NOAA hopes to begin addressing those questions with SounderSat, a concept proposed in the NOAA Satellite Observing System Architecture study. That study noted the importance of atmospheric temperature and moisture soundings to numerical weather forecasts and suggested small satellites equipped with sounders could be flown in the mid-2020s to fill data gaps created by the anticipated retirement of the U.S. Space Force’s Defense Meteorological Satellite Program and NOAA’s Polar Orbiting Environmental Satellites.

“SounderSat is the first low Earth orbit initiative off the blocks and we want to make it clear this is just the first part of an overall architecture,” Frank Gallagher said in January at the virtual American Meteorological Society conference.

“I’m taking all that information and trying to shape that into the direction we want to go,” Mandt said. “Soundersat is our idea of how we would take that first step.”

Some are thoroughly convinced that constellations of cubesats could gather the imagery and data meteorologists require for weather forecasting. Others see greater promise in satellites weighing 150 to 200 kilograms.

There’s little doubt, though, that as electronics components continue to shrink, weather satellites will become smaller.

“Everyone sees the writing on the wall,” said Brandywine Photonics President John Fisher.

Already, cubesats have proven adept at monitoring atmospheric temperature and moisture by noting variation in signals traveling from GPS and other navigation satellites.

Other weather instruments, though, may be better suited to satellites weighing as much as 180 kilograms that fit on Evolved Expendable Launch Vehicle Secondary Payload Adapter (ESPA) rings or 320 kilograms for an ESPA Grande. Originally developed to carry secondary payloads on Pentagon-funded Atlas 5 and Delta 4 launches, ESPA rings have become a standard for accommodating small satellites on government and commercial launches of EELV-class rockets, namely United Launch Alliance’s vehicles and SpaceX’s Falcon 9.

“At Ball we’ve found that a sweet spot for Earth observation or operational weather being the ESPA or ESPA Grande size because it is possible in many cases to pack good capability into a satellite that can collect data across the globe, store that data and be reliable,” said Cory Springer, weather and environment director for Ball Aerospace. “That’s a good size to take advantage of lower launch costs.”

Luis Gomes, CEO of AAC Clyde Space, cites the merits of even smaller satellites. “In the next few years we will see [weather satellite] masses coming down as more and more instruments are made smaller,” Gomes said. “From the evolution we are seeing on the instrumentation side, we believe there is a sweet spot for many applications in the 10-kilogram to 50-kilogram range.”

In spite of company preferences, though, everyone noted that government requirements often determine satellite size for a particular program. “The mission drives the capability required onboard: the avionics, propulsion, pointing accuracies, sensors and power requirements for all of those,” said Nick Bucci, vice president for missile defense and space systems at General Atomics Electromagnetic Systems.

This article originally appeared in the May 2021 issue of SpaceNews magazine. 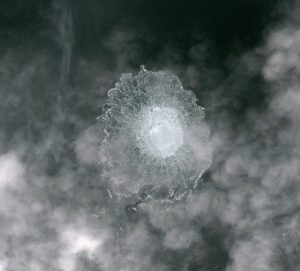 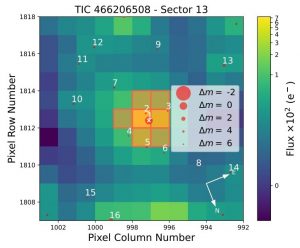 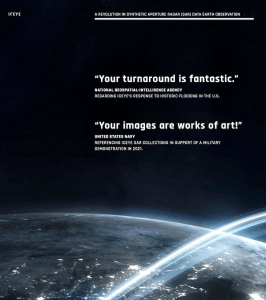