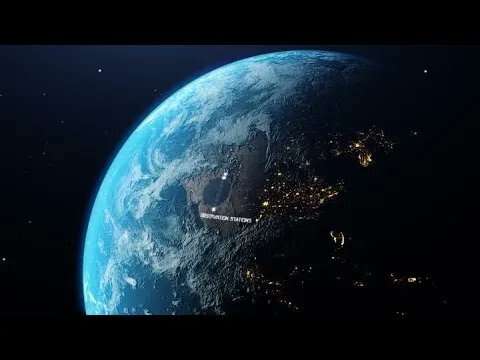 Astronomers will go to great lengths for science. Recently, dozens of astronomers had the misfortune of traveling to one of the most tempting locales in the southwestern U.S.—Las Vegas. But they weren’t there for the city’s bright lights—they were there to observe the very dim light of a star thousands of light-years away. And what they specifically wanted to see was the light from that star blink out for a few seconds. That lack of light provided the exact data they needed to help them determine the size of Eurybates, one of the Trojan asteroids that will be the focal point of NASA’s Lucy mission.

What the scientists were looking for was an occultation. Most people know the most common form of this phenomenon—an eclipse. But occultations can happen with any background star and can be caused by any foreground object. Calculating where these minor occultations of stars by asteroids will occur takes a significant amount of orbital mechanics and processing power. The Earth itself has to be aligned correctly, and the asteroids and stars have to line up just right and be big enough.

If an asteroid is big enough, it will cause the equivalent of a shadow in the star’s light, which can be used as a proxy measurement for its size. The shadow Eurybates caused was approximately 64 km (40 mi) wide, but scientists didn’t know its precise dimensions. So they set up observational sites around the perimeter of the shadow as it crossed over the Nevadan desert and measured the amount of time the star was obscured.

On October 20, dozens of scientists spread out in a pattern to catch as much of the occultation as possible and use this observational data to calculate the true size of Eurybates, which is one of the targets of the Lucy mission to the Trojan asteroids. As with all science, it’s never as easy as it sounds.https://www.youtube.com/embed/rmTotw5zpnQ?color=whiteNASA Goddard video describing the occultation data collection program. Credit: NASA Goddard YouTube Channel

Despite taking place in a desert, clouds almost obscured the entire occultation, making it impossible to collect the data needed to find the true scope of the asteroid. Just to make the calculations even more complicated, Hubble found a moon orbiting Eurybates that could confuse the data if it were not ideally positioned out of the way during the occultation.

Luckily the stars (and asteroids, and clouds) aligned, and the scientists were able to collect the data necessary to constrain the size of Eurybates better. That updated estimate should also allow astronomers to better estimate the size of Lucy’s other targets. This also won’t be the only occultation the Lucy team will observe—they’ll be traveling, most likely to much less hospitable places than Las Vegas, until Lucy’s last flyby of Patroclus, another Trojan asteroid, in 2033.https://www.youtube.com/embed/bRkpWQcYaKk?color=whiteAnother NASA Goddard video describing the target of the Lucy mission – the Trojan asteroids. Credit: NASA Goddard 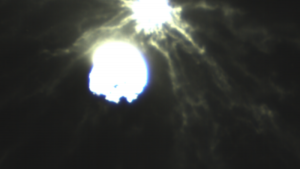