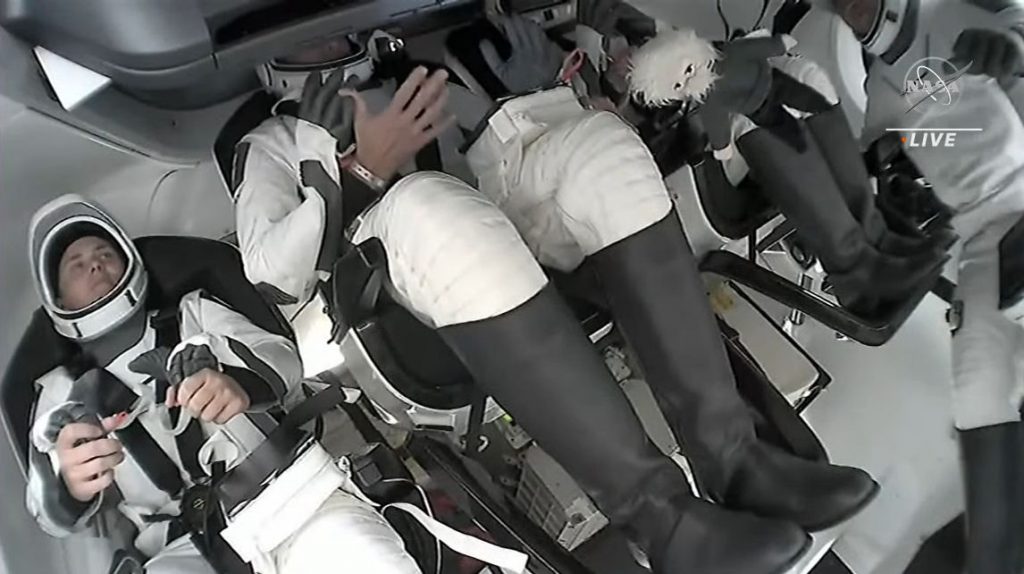 Updated on Oct. 6:  SpaceX successfully launched four astronauts to the International Space Station on the Crew-5 mission for NASA. You can watch their trip live through docking on Oct. 6 here.

SpaceX is sending four people to the International Space Station (ISS), including the first Native American woman in space and the first Russian cosmonaut to take a seat on a commercial spacecraft. The company’s Crew-5 mission successfully lifted off at 12 p.m. EDT (1600 GMT) on Wednesday, and NASA is livestreaming continuous views that you can watch here at Space.com, via NASA Television. You can also receive updates on the NASA website, app and social media.

A SpaceX Falcon 9 rocket launched the Dragon capsule Endurance carrying NASA astronauts Nicole Mann (who will become the first Native American woman in space as a member of the Wailacki of the Round Valley Indian Tribes in northern California) and Josh Cassada, along with Japan Aerospace Exploration Agency (JAXA) astronaut Koichi Wakata and Roscosmos cosmonaut Anna Kikina.

NASA Television (and Space.com) will carry coverage of all the flight events, including docking at the ISS. A list of the key events is below. Note that some of these times may change due to operational requirements.

Here’s a look at the Crew-5 webcasts NASA held in the run up to the launch and docking.

7:30 p.m. EDT (2330 GMT) — Prelaunch news teleconference at Kennedy Space Center in Florida (no earlier than one hour after completion of the launch readiness review). The news conference will include the following participants:

Oct. 5 was launch day for the Crew-5 astronauts. The mission lifted off on time from Pad 39A, soaring into a stunning blue sky. See a video above. Here’s a schedule of how it went.

Before launching to space, the astronauts left NASA’s Neil A. Armstrong operations center at the Kennedy Space Center and rode to the launch pad in Tesla electric cars. Above is a view of their walkout.

The astronauts honoroed Albert Einstein’s “happiest thought” of floating in weightlessness by using a small doll of the famed scientist as their “freefall indicator.”

About 90 minutes after the launch, NASA held a post-launch press conference to discuss the flight. You can see a recording of that above.