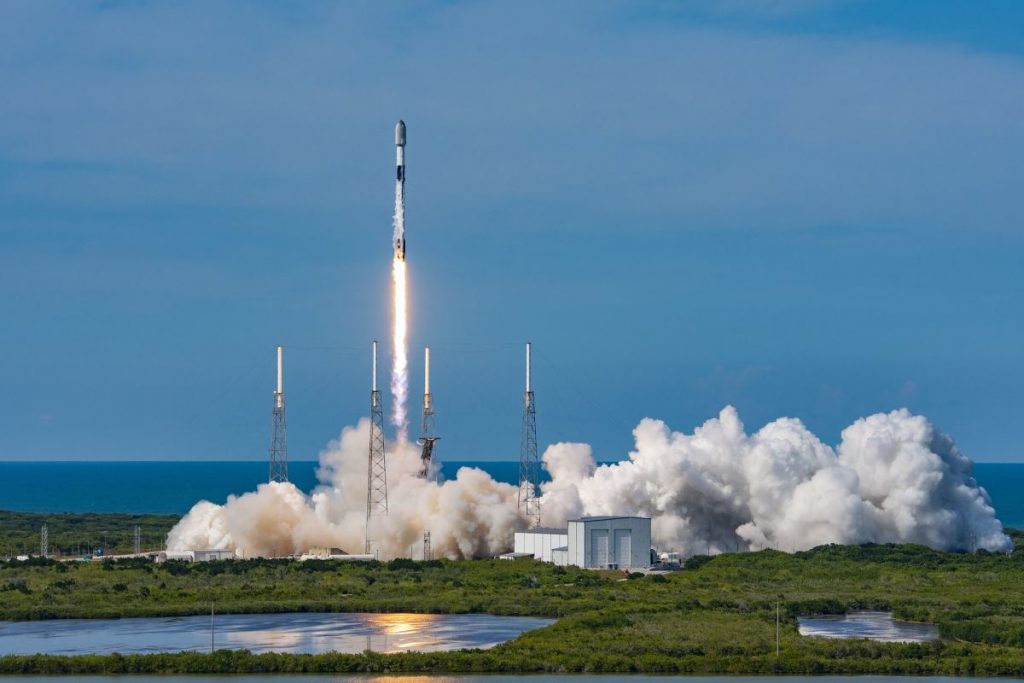 Another day, another Starlink launch.

A SpaceX Falcon 9 rocket is scheduled to lift off from Vandenberg Space Force Base in California on Wednesday (Aug. 31) at 1:40 a.m. EDT (0540 GMT), carrying 46 of the company’s Starlink internet satellites to orbit. You can watch it live here at Space.com, courtesy of SpaceX, or directly via the company (opens in new tab). Coverage will begin about five minutes before liftoff.

The spaceflight action will include a rocket landing: About nine minutes after liftoff, the two-stage Falcon 9‘s first stage will attempt a touchdown on the SpaceX robotic droneship Of Course I Still Love You, which will be stationed in the Pacific Ocean.

It will be the seventh launch and landing for this Falcon 9 first stage, SpaceX wrote in a mission description (opens in new tab).

The rocket’s upper stage will continue flying to low Earth orbit, eventually deploying the 46 Starlink satellites a little over an hour after launch, if all goes according to plan.

SpaceX has already launched more than 3,000 satellites for Starlink, a giant internet constellation that beams broadband service to customers around the world. Many of those spacecraft have gone up this year; so far in 2022, SpaceX has launched 24 dedicated Starlink missions.

Starlink makes up a majority of SpaceX launch traffic these days; the company has conducted a total of 38 orbital missions this year to date.

The megaconstellation will continue to grow, in both numbers and ambition. SpaceX has permission to launch 12,000 Starlink satellites, and it has applied for approval from an international regulator to loft another 30,000 on top of that.

And last week, SpaceX founder and CEO Elon Musk announced plans to beam connectivity directly to smartphones using Starlink. That project, a joint effort between SpaceX and T-Mobile called Coverage Above and Beyond, will employ Starlink Version 2 satellites, a heftier and more capable spacecraft that’s expected to start launching next year.