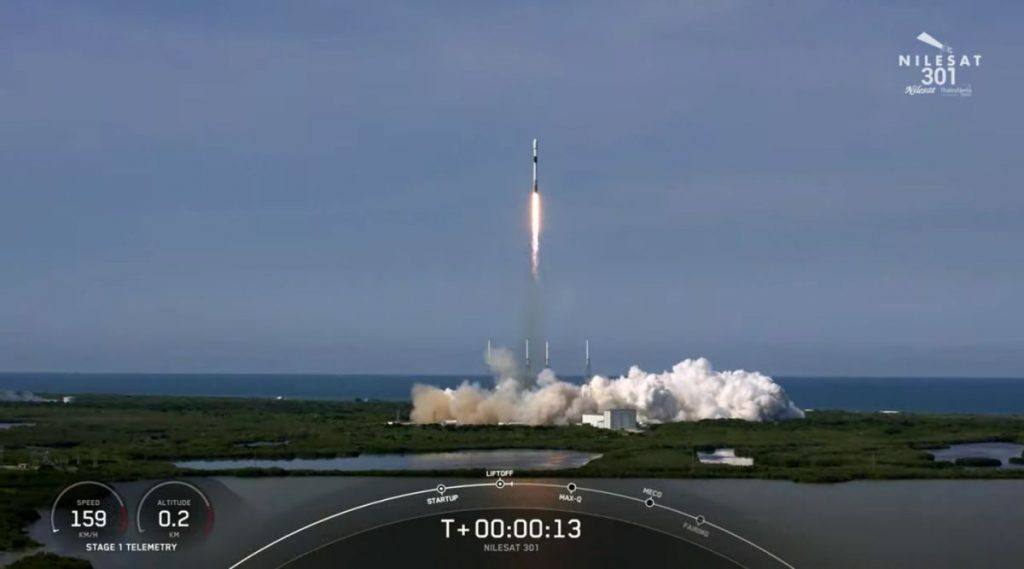 SpaceX plans to launch a Falcon 9 rocket on its record-tying 14th mission Thursday (Oct. 6), and you can watch the action live.

The Falcon 9, topped with Intelsat’s Galaxy 33 and Galaxy 34 satellites, is scheduled to lift off from Florida’s Cape Canaveral Space Force Station Thursday during a 67-minute window that opens at 7:07 p.m. EDT (2307 GMT). Watch it live here at Space.com, courtesy of SpaceX, or directly via the company (opens in new tab).

If all goes according to plan, the Falcon 9’s first stage will come back to Earth and land on SpaceX’s A Shortfall of Gravitas droneship about 8.5 minutes after launch. The robotic ship will be stationed in the Atlantic Ocean, a few hundred miles off the Florida coast.

It will be the 14th launch and  landing for this particular booster, according to a SpaceX mission description (opens in new tab). The rocket previously helped launch the GPS III-3 and Turksat 5A satellites, the Transporter-2 rideshare mission and 10 big batches of SpaceX’s Starlink internet satellites.

Fourteen missions is the current record for a Falcon 9 first stage, set just last month during a launch that lofted the BlueWalker 3 communications satellite and 34 Starlinks.

The mission timeline calls for Galaxy 33 to be deployed about 33 minutes after liftoff and Galaxy 34 to follow suit five minutes later.

The duo “are the next satellites in Intelsat’s comprehensive Galaxy fleet refresh plan, a new generation of technology that will provide Intelsat Media customers in North America with high-performance media distribution capabilities and unmatched penetration of cable headends,” Luxembourg-based Intelsat wrote in a statement (opens in new tab). “It is critical to Intelsat’s U.S. C-band clearing strategy.”

Thursday’s launch will be the third for SpaceX in a two-day stretch. On Wednesday, the company launched the Crew-5 astronaut mission for NASA as well as a batch of 52 Starlink satellites.