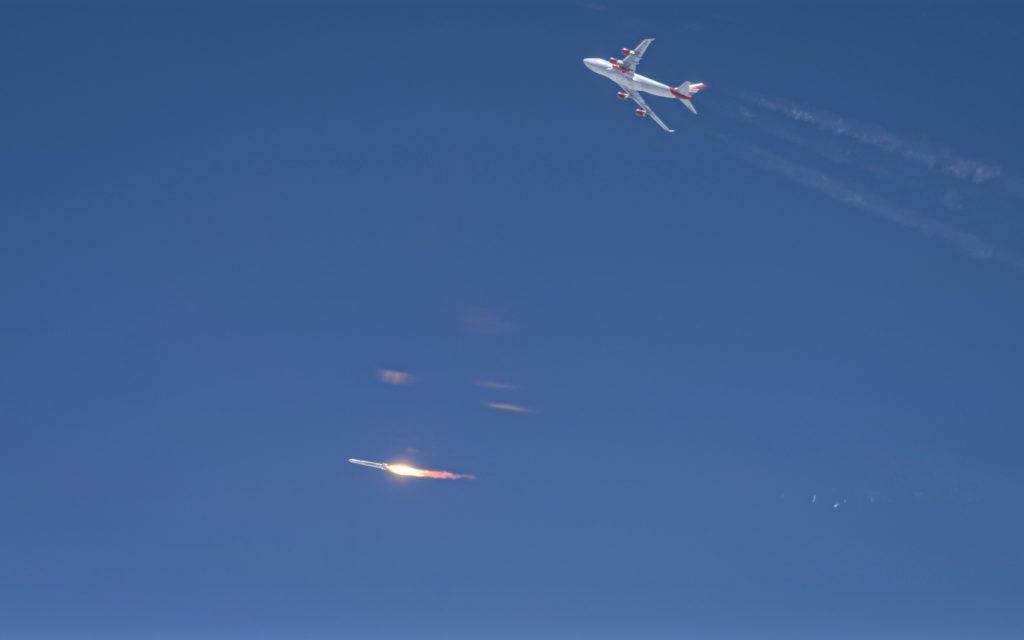 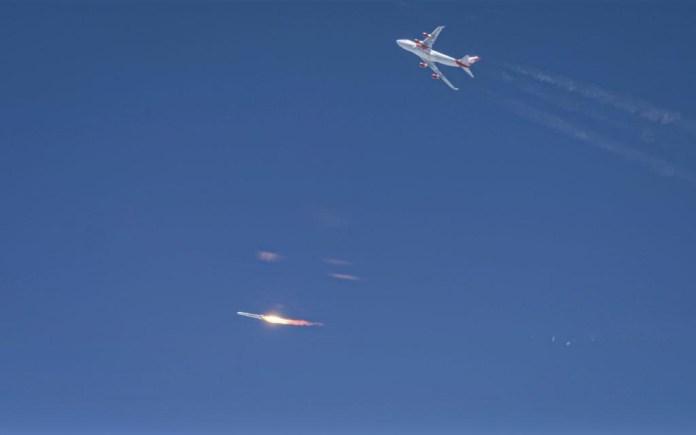 The reason people use the aphorism “it isn’t rocket science” is because rocket science is hard.  Virgin Orbit, a spin-off of Virgin Galactic that focuses on small satellite launches, proved that with a recent test of its LauncherOne rocket.

The LauncherOne, which has been in development for more than 7 years, was designed to serve as a plane-based orbital delivery system.  It is dropped from a 747 (the current iteration is nicknamed “Cosmic Girl”), which gives it some advantages over competing small satellite launch technologies, such as flexible launch schedules and the ability to reach almost any orbital inclination.

In order for it to capitalize on those advantages, the rocket must first make it into orbit.  That was the intent with a test flight that took place on May 25th.  The test marked numerous milestones for specific technologies that went into both the rocket and the aircraft based launch system more generally.  It was the first time an orbital flight was attempted from the Mojave Air and Space Port, the first time a liquid fueled orbital-class rocket engine was used in an air launch, and the first time linerless composite fuel tanks had flown under the wing of a jetliner.

However, the team was not able to achieve orbit, which was the ultimate goal of this test.  According to the company’s Twitter, the rocket performed a “clean release from the aircraft…maintained stability after release, and…ignited [its] first stage engine, NewtonThree.  An anomaly then occurred early in first stage flight.”

Much to the disappointment of a large minority of rocket enthusiasts, the “anomaly” was in fact an engine failure that did not result in an explosion.  Rather the engine simply stopped and the rocket slowly descended into the depths of the Pacific Ocean. A brief shot of that engine failure can be seen near the end of a video posted to the company’s Youtube site. Happily, all crew on board both Cosmic Girl and the chaser aircraft returned to Mojave safely.  The rocket also did not carry any payload, so the only real loss of the mission was a few minutes worth of additional data – the rocket itself was not intended to be recovered.

Despite not getting their full complement of data, there is a lot that was collected that now must be combed through.  However, morale at the company seems high.  Shortly after the mission, it released a detailed overview of the demo, a preliminary analysis of what went wrong, and a laundry list of the milestones that the mission achieved despite not hitting its full stated objective.  They aren’t completely bogged down in analyzing data and drafting press releases, however.  In parallel, they are already prepping their next rocket, though they didn’t list a potential date for their next test.

One way to psychologically deal with the fact that rocket science is hard is to take comfort in the motto of many space oriented organizations around the world: Ad astra per aspera.  Virgin Orbit might not have achieved orbital flight on this first test run, but space enthusiasts everywhere can continue to hope that they will eventually make it to the stars, despite adversity.