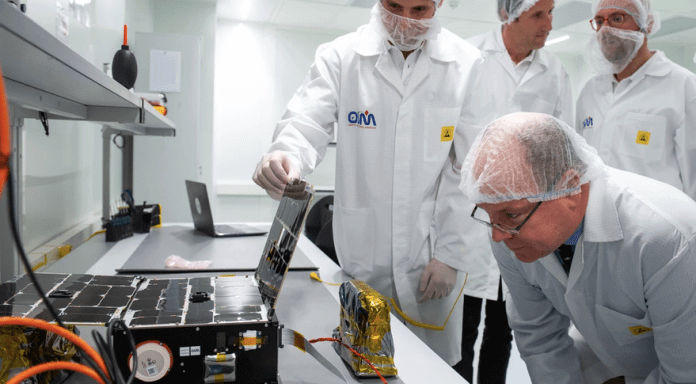 OSM paid for and built the six-unit cubesat based on the Tyvak Nano-Satellite Systems design. In return, OSM will share in revenues generated by GeoOptics’ weather satellite fleet.

OSM is eager to make similar arrangements through its Fleet Participation Program with other companies beginning to sell Earth observation data.

At that inflection point, “we tell companies we will build satellites to contribute to their fleet against a participation in revenues,” said Francesco Bongiovanni, Orbital Solutions Monaco founder and CEO. “For them, it means they can expand their fleet faster at no cost to them. For us, it means we can latch onto a project that is basically proven or starting to be proven.”

“I believe nanosatellites are ideal vectors for these sorts of applications,” Bongiovanni told SpaceNews.

“When people think of Monaco, they think of casinos and yachts,” Bongiovanni said. “A little over a year ago, we helped the Principality of Monaco take its first step in new space. [OSM-1 CICERO] is the first satellite built in Monaco.”

Through the Fleet Participation Program, OSM intends to help diversify Monaco’s economy, while making it easier for startups to expand constellations.

“Very often it’s one thing for startups to build and launch one or two demonstration satellites and a completely different thing to deploy a fleet of 20 or 30 satellites because it requires substantial capital investment up front,” Bongiovanni said.

OSM-1 CICERO is one of 53 small satellites Arianespace plans to launch June 18 on the Vega Small Spacecraft Mission Service proof of concept flight.