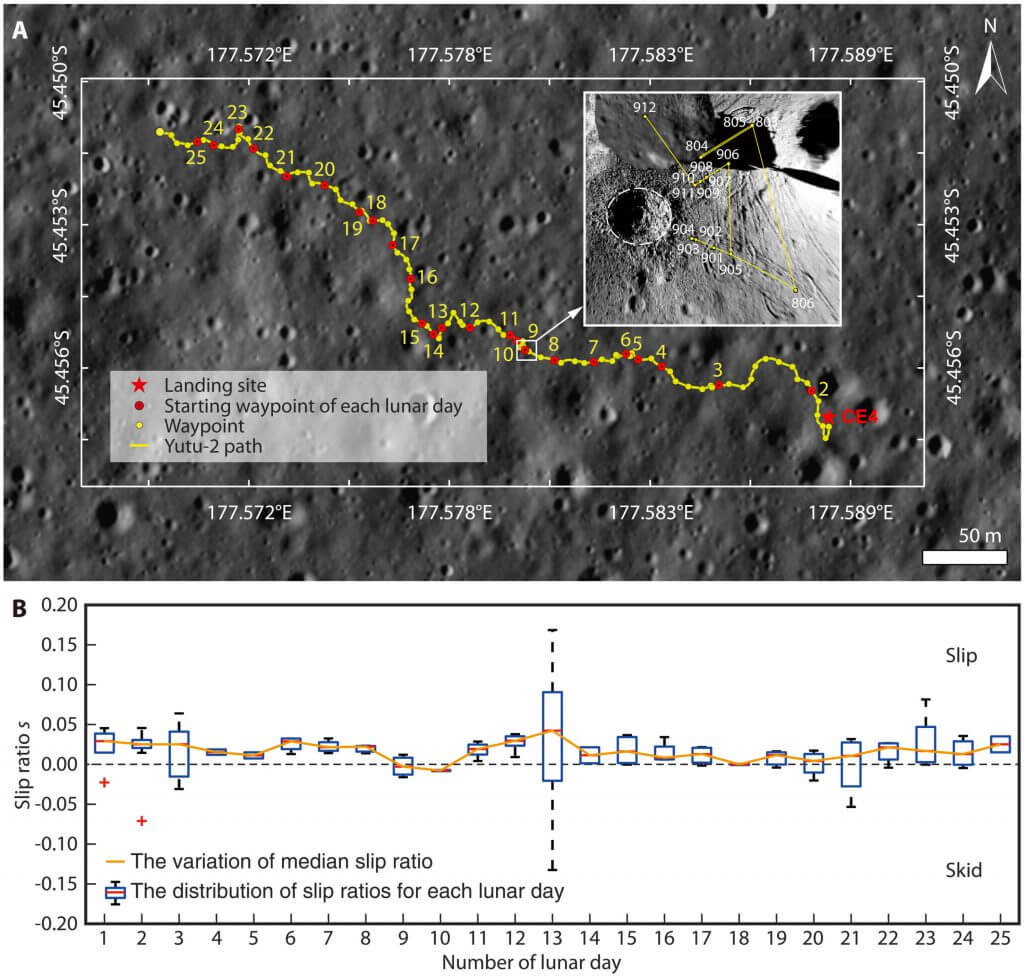 A large team of researchers affiliated with several institutions in China, Germany and Canada has provided an update of findings made by the Yutu-2 rover, which is exploring a crater on the far side of the moon. In their paper published in the journal Science Robotics, the group notes that thus far, they have found that the soil on the far side of the moon has a different texture than that found on the Earth-facing side.https://3504f3e76063f88c0ab8ced5b5fcee1e.safeframe.googlesyndication.com/safeframe/1-0-38/html/container.html

China’s National Space Administration launched its Chang’e 4 robotic space mission in December of 2018—the spacecraft entered lunar orbit several days later and the Yutu-2 rover touched down on the surface on January 3. The landing site was an eastern part of the Von Kármán crater, not from the south pole. Since landing, the rover has traveled over 1,000 meters. The rover is equipped with near-ground penetrating radar, an infrared spectrometer, a panoramic camera and other instruments that it has been using to gather information about nearby terrain.

Thus far, the rover has made three major discoveries. The first is that the soil is stickier on the far side of the moon than on the nearer side, and grainier. As the rover rolls across the surface, the researchers found, clods sometimes stick to its wheels, a finding that could help better plan wheel structures for future missions. The rover has also shown that there are more craters on the far side of the moon and that most of them are pretty small—thus far, those observed have a diameter of just 12 meters. The researchers suggest that many of the little craters were likely created by debris falling from larger impacts. Data from the rover has also shown that the far side of the moon is also much less rocky than the near side—and flat. One rock, which resembled a man-made object from a distance, made headlines. Closer inspection showed it to be just an unusually shaped rock.

The researchers suggest data from Yutu-2 will very likely play a strong role in determining the next type of craft to be sent to the moon by China’s National Space Administration—both for rover design and for construction of a human outpost sometime in the distant future.