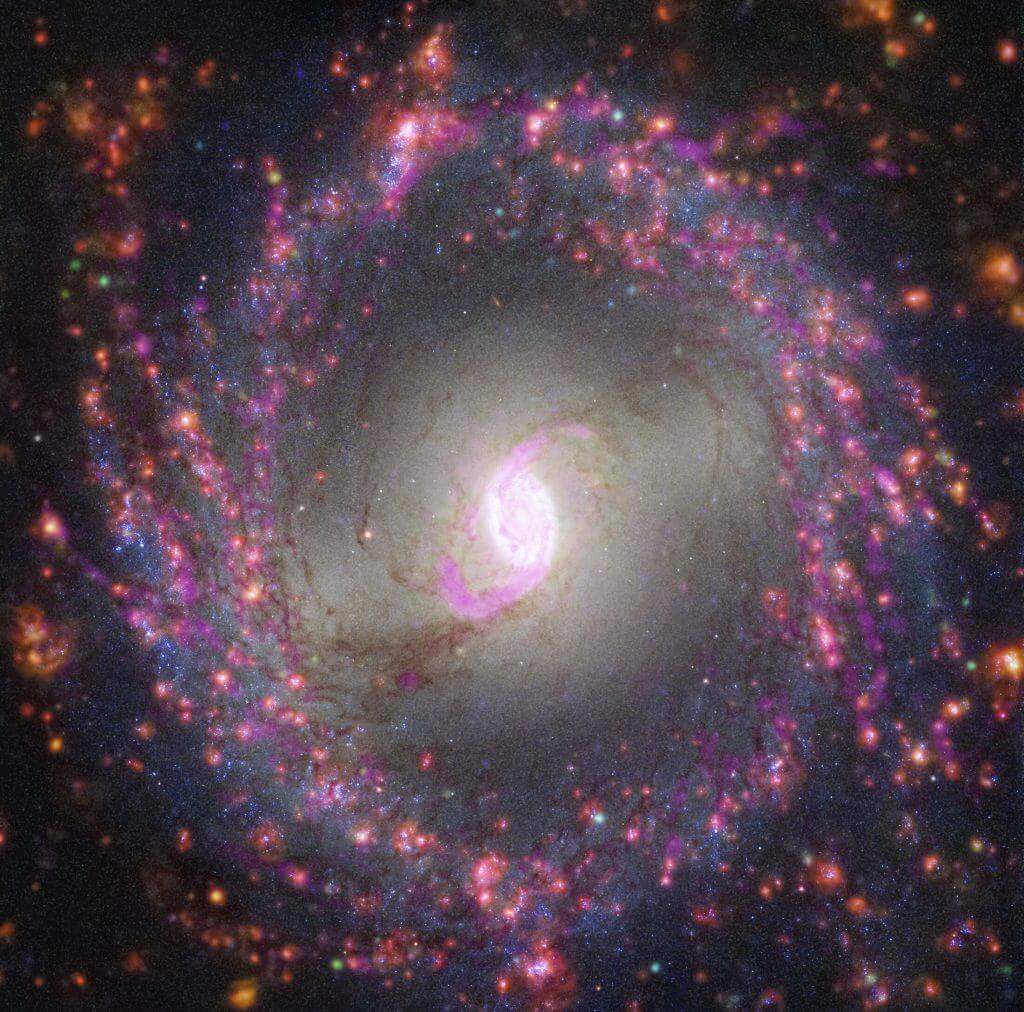 Spirals are some of the most captivating shapes in the universe. They appear in intricate seashells, carefully constructed spider webs, and even in the curls of ocean waves. Spirals on cosmic scales—as seen in galaxies—are even more arresting, not only for their beauty, but also for the overwhelming amount of information they contain. How do stars and star clusters form? Until recently, a complete answer used to lie out of reach, blocked by gas and dust. Within the first year of operations, NASA’s James Webb Space Telescope will help researchers complete a more detailed sketch of the stellar life cycle with high-resolution infrared-light images of 19 galaxies.

The telescope will also provide a few key “puzzle pieces” that were missing until now. “JWST touches on so many different phases of the stellar life cycle—all in tremendous resolution,” said Janice Lee, Gemini Observatory chief scientist at the National Science Foundation’s NOIRLab in Tucson, Arizona. “Webb will reveal star formation at its very earliest stages, right when gas collapses to form stars and heats up the surrounding dust.”

Lee is joined by David Thilker of the Johns Hopkins University in Baltimore, Maryland, Kathryn Kreckel of Heidelberg University in Germany, and 40 additional members of the multi-wavelength survey program known as PHANGS (Physics at High Angular resolution in Nearby GalaxieS). Their mission? Not only to unravel the mysteries of star formation with Webb’s high-resolution infrared images, but also to share the datasets with the entire astronomical community to accelerate discovery.

The rhythms of star formation

PHANGS is novel, in part, because it brought together more than 100 international experts to study star formation from beginning to end. They are targeting galaxies that can be seen face-on from Earth and that are, on average, 50 million light-years away. The large collaboration began with microwave light images of 90 galaxies from the Atacama Large Millimeter/submillimeter Array (ALMA) in Chile. Astronomers use this data to produce molecular gas maps to study the raw materials for star formation. Once the Very Large Telescope’s Multi Unit Spectroscopic Explorer (MUSE) instrument, also in Chile, came online, they obtained data known as spectra to study later phases of star formation of 19 galaxies, particularly after star clusters have cleared nearby gas and dust. The space-based Hubble Space Telescope has provided visible and ultraviolet light observations of 38 galaxies to add high-resolution images of individual stars and star clusters.

The missing elements, which Webb will fill in, are largely in areas of the galaxies that are obscured by dust—regions where stars are actively beginning to form. “We’re going to clearly see star clusters in the hearts of these dense molecular clouds that before we only had indirect evidence of,” Thilker said. “Webb gives us a way to look inside these ‘star factories’ to see the freshly assembled star clusters and measure their properties before they evolve.”

The new data will also help the team pinpoint the ages of stellar populations in a diverse sample of galaxies, which will help researchers build more accurate statistical models. “We’re always putting the context of the small scales into the big picture of galaxies,” explained Kreckel. “With Webb, we’ll trace the evolutionary sequence of each galaxy’s stars and star clusters.”

Another important answer they’re seeking involves the dust surrounding the stars, within the interstellar medium. Webb will help them determine which areas of the gas and dust are associated with specific star-forming regions, and which are free-floating interstellar material. “This couldn’t be done before, beyond the nearest galaxies. It will be transformative,” Thilker added.

The team is also working to understand the timing of the star-formation cycle. “Timescales are critical in astronomy and physics,” Lee said. “How long does each stage of star formation last? How might those timelines vary in different galaxy environments? We want to measure when these stars free themselves from their gas clouds to understand how star formation is disrupted.”

These Webb observations will be taken as part of a Treasury program, which means they are not only available immediately to the public, but they will also be of broad and enduring scientific value. The team will work to create and release data sets that align Webb’s data to each of the complementary data sets from ALMA, MUSE, and Hubble, allowing future researchers to sift through each galaxy and their stellar populations easily, toggling on and off various wavelengths—and zoom into individual pixels of the images. They will provide inventories of different phases of the star-formation cycle, including regions of star formation, young stars, star clusters, and local dust properties.

This research will be conducted as part of Webb’s General Observer (GO) programs, which are competitively selected using a dual-anonymous review system, the same system that is used to allocate time on the Hubble Space Telescope.