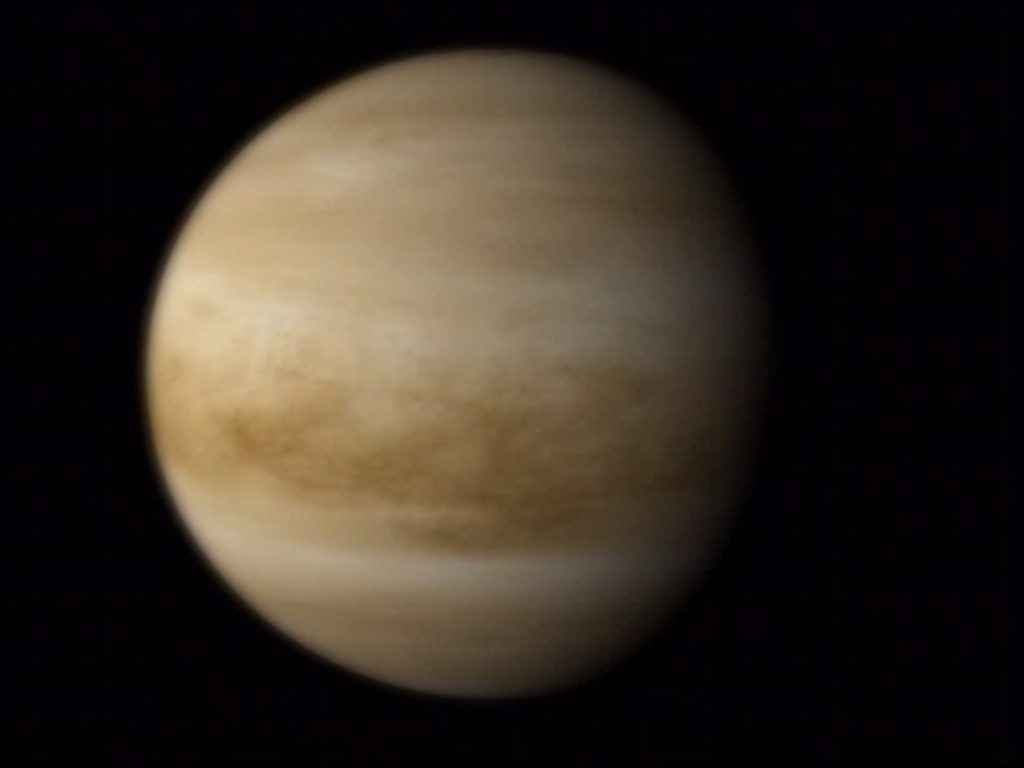 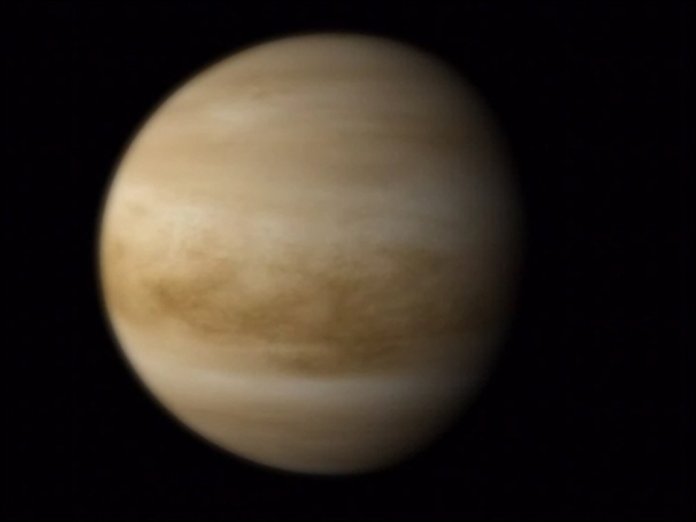 At some point between 300 million and 1 billion years ago, a large cosmic object smashed into the planet Venus, leaving a crater more than 170 miles in diameter. A team of Brown University researchers has used that ancient impact scar to explore the possibility that Venus once had Earth-like plate tectonics.

For a study published in Nature Astronomy, the researchers used computer models to recreate the impact that carved out Mead crater, Venus’s largest impact basin. Mead is surrounded by two clifflike faults – rocky ripples frozen in time after the basin-forming impact.

The models showed that for those rings to be where they are in relation to the central crater, Venus’s lithosphere – its rocky outer shell – must have been quite thick, far thicker than that of Earth. That finding suggests that a tectonic regime like Earth’s, where continental plates drift like rafts atop a slowly churning mantle, was likely not happening on Venus at the time of the Mead impact.

“This tells us that Venus likely had what we’d call a stagnant lid at the time of the impact,” said Evan Bjonnes, a graduate student at Brown and study’s lead author. “Unlike Earth, which has an active lid with moving plates, Venus appears to have been a one-plate planet for at least as far back as this impact.”

Bjonnes says the findings offer a counterpoint to recent research suggesting that plate tectonics may have been a possibility in Venus’s relatively recent past. On Earth, evidence of plate tectonics can be found all over the globe. There are huge rifts called subduction zones where swaths of crustal rock are driven down into the subsurface.

Meanwhile, new crust is formed at mid-ocean ridges, sinuous mountain ranges where lava from deep inside the Earth flows to the surface and hardens into rock. Data from orbital spacecraft have revealed rifts and ridges on Venus that look a bit like tectonic features. But Venus is shrouded by its thick atmosphere, making it hard to make definitive interpretations of fine surface features.

This new study is a different way of approaching the question, using the Mead impact to probe characteristics of the lithosphere. Mead is a multi-ring basin similar to the huge Orientale basin on the Moon. Brandon Johnson, a former Brown professor who is now at Purdue University, published a detailed study of Orientale’s rings in 2016.

That work showed that the final position of the rings is strongly tied to the crust’s thermal gradient – the rate at which rock temperature increases with depth. The thermal gradient influences the way in which the rocks deform and break apart following an impact, which in turn helps to determine where the basin rings end up.

Bjonnes adapted the technique used by Johnson, who is also a coauthor on this new research, to study Mead. The work showed that for Mead’s rings to be where they are, Venus’s crust must have had a relatively low thermal gradient. That low gradient – meaning a comparatively gradual increase in temperature with depth – suggests a fairly thick Venusian lithosphere.

“You can think of it like a lake freezing in winter,” Bjonnes said. “The water at the surface reaches the freezing point first, while the water at depth is a little warmer. When that deeper water cools down to similar temperatures as the surface, you get a thicker ice sheet.”

The calculations suggest that the gradient is far lower, and the lithosphere much thicker, than what you’d expect for an active-lid planet. That would mean that Venus has been without plate tectonics for as far back as a billion years ago, the earliest point at which scientists think the Mead impact occurred.

Alexander Evans, an assistant professor at Brown and study co-author, said that one compelling aspect of the findings from Mead is their consistency with other features on Venus. Several other ringed craters that the researchers looked at were proportionally similar to Mead, and the thermal gradient estimates are consistent with the thermal profile needed to support Maxwell Montes, Venus’s tallest mountain.

“I think the finding further highlights the unique place that Earth, and its system of global plate tectonics, has among our planetary neighbors,” Evans said. 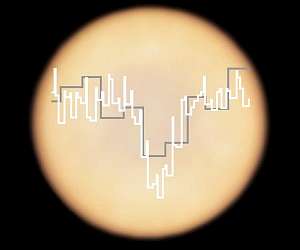 Purported phosphine on Venus more likely to be ordinary sulfur dioxide,
Seattle WA (SPX) Jan 28, 2021
In September, a team led by astronomers in the United Kingdom announced that they had detected the chemical phosphine in the thick clouds of Venus. The team’s reported detection, based on observations by two Earth-based radio telescopes, surprised many Venus experts. Earth’s atmosphere contains small amounts of phosphine, which may be produced by life. Phosphine on Venus generated buzz that the planet, often succinctly touted as a “hellscape,” could somehow harbor life within its acidic clouds.
Si … read more