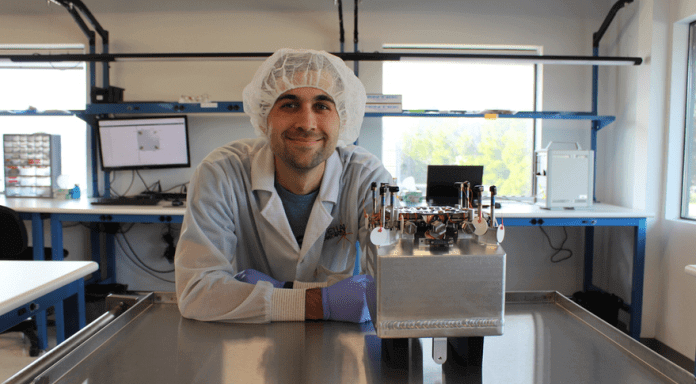 “The nanosatellite was successfully commissioned and placed at the altitude prescribed in our license for the S-band frequency,” EchoStar said in a U.S. Securities and Exchange Commission 10-Q report published in early August. “We have therefore satisfied the extended conditions granted to Australia by the International Telecommunication Union, an important step in perfecting our rights to this spectrum. The nano-satellite will now be used to develop and test a wide range of potential S-band applications and services.”

To lock in the global S-band spectrum rights, though, EchoStar needed to begin providing services from the low Earth orbit slot before Aug. 10. (The original deadline was in April, but the International Telecommunications Union gave EchoStar an extension.)

If all goes as planned, Rocket Lab’s Photon spacecraft will then raise the CAPSTONE satellite’s orbit to put it on a path toward the moon. Then CAPSTONE will rely on a Stellar Exploration propulsion module with eight hydrazine-fed thrusters to move the satellite into a near-rectilinear halo orbit in the vicinity of the moon.

The EchoStar flight was a pathfinder for the CAPSTONE mission.

“The orbit raising required about 65 meters per second,” Tomas Svitek, Stellar Exploration president, said by email. “We are pretty happy because this is the same propulsion that will be used for the CAPSTONE mission this fall. The propulsion system delivered the spacecraft quickly to its operational orbit, with plenty of propellant remaining for future orbital maneuvers and ultimately, deorbiting.”