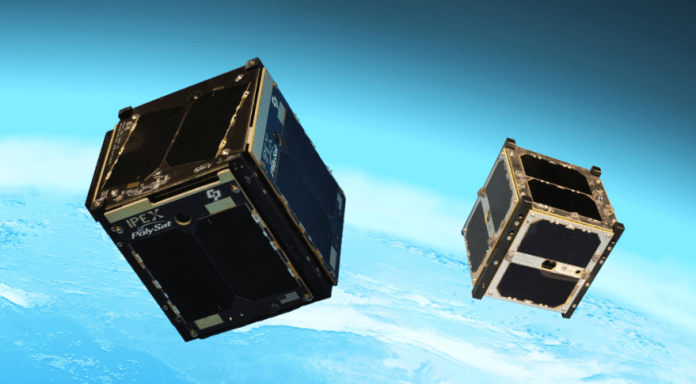 WASHINGTON — The use of cubesats has grown dramatically in recent years, but some are wondering if the form factor has reached the limits of its usefulness.

In a presentation at the 35th Annual Small Satellite Conference Aug. 10, Siegfried Janson, a retired Aerospace Corporation engineer who is now a consultant, reviewed the history of smallsat usage, dividing the Space Age into three eras: the early years when small satellites were often the only option, a later era dominated by large satellites and a “New Space” era that started in the late 1990s.

For nanosatellites, a mass class that includes most cubesats, the number of satellites launched in that New Space era has grown from one in 1997 to more than 100 per year in recent years. “For the nanosatellite world, we’ve seen an almost exponential rise,” with a doubling time of about two and a half years, he said.

The surge has been driven by commercial applications, such as constellations developed by Planet and Spire. However, interest has grown in heavier smallsats to support efforts like broadband megaconstellations. A chart of what Janson calls “super-microsatellites,” weighing between 100 and 300 kilograms, shows a sharp increase in the last two years primarily because of SpaceX Starlink satellites.

The growth of heavier smallsats, and new dedicated and rideshare launch options for them, prompted a question during another session of the conference Aug. 11: are cubesats dead?

Panelists argued that any rumor of the demise of cubesats is greatly exaggerated. “A number of the small rockets don’t think they are because they’re designing specifically for cubesat-scale launches of 10 to 20 kilograms,” said Carlos Niederstrasser of Northrop Grumman, who provided an updated assessment of the small launch vehicle industry at the conference.

“We might not see the crazy growth of cubesat numbers we have seen in the past 10 years,” he added, with more growth among satellites weighing between 50 and 200 kilograms. “I think there’s definitely still utility in that small form factor.”

One of the developers of the original cubesat standard, Jordi Puig-Suari of California Polytechnic State University in San Luis Obispo, came to the defense of the cubesat as well. A benefit of cubesats is the standardization in size that makes it easy to find launches for them, he argued.

“That really makes a difference because the launch provider doesn’t have to analyze hardly anything,” he said. “It’s very easy for a launch vehicle to include cubesat accommodations that can be filled at relatively the last moment. There’s still an advantage to having this very standardized, containerized system.”

Cubesats got their start in the early 2000s primarily as technology demonstrations, and he said there continues to be demand for using cubesats for that purpose. “The thing that will never die is the tech demo.”

A launch provider agreed. “When companies are just starting up and getting their feet wet with developing spacecraft, there’s nothing better than a cubesat,” said John Fuller of Virgin Orbit, whose LauncherOne vehicle has carried cubesats on its first two missions to orbit this year.

Janson said the cubesat form factor, and its ability to be containerized, was critical to growing the overall smallsat field, even if interest is growing in larger smallsats. “Access to space was opened up to countries and to companies and now even to individuals,” he said.

“For 40 years or so, everything was in the box. People wanted out-of-the-box thinking,” he said. “And, ironically, cubesats, which was a box, was the revolutionary concept.”