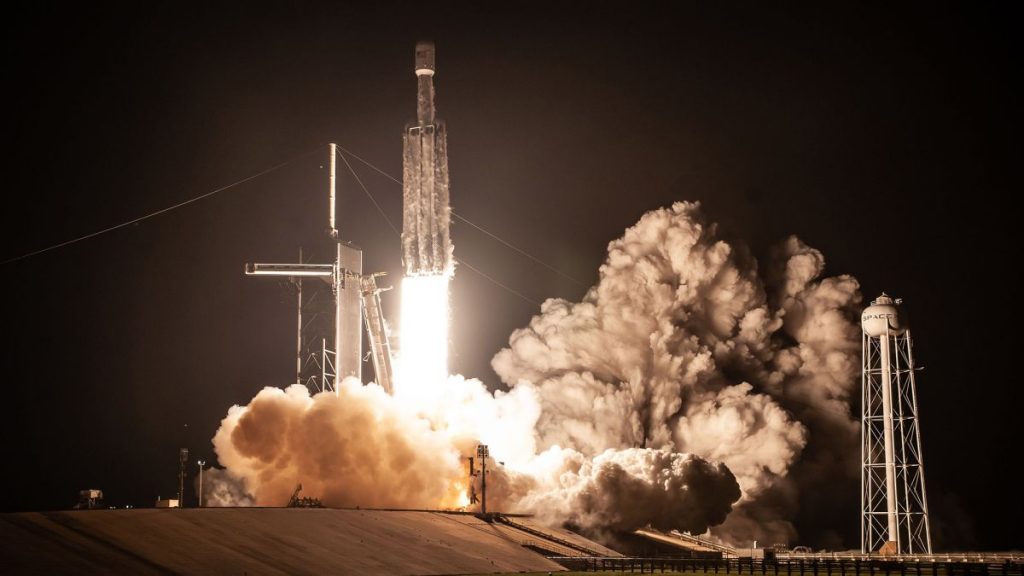 The first SpaceX Falcon Heavy flight in more than three years is set to take place at the end of October, carrying a national security mission for the U.S. Space Force.

The fourth Falcon Heavy rocket is set to launch from Complex 39A at NASA’s Kennedy Space Center in Florida on Oct. 28 according to a Space Force official, Spaceflight Now (opens in new tab) reported.

The mission is codenamed USSF-44 and has been delayed for two years due to issues with the payload. Those issues have now been resolved, with no further details provided.

Very few details of the USSF-44 mission are known, though a microsatellite named TETRA 1, built by Millennium Space Systems, will be along for the ride. The combined mass of the payloads will be less than 8,200 pounds (3,700 kilograms), according to a request for proposals issued to prospective launch providers.

The Falcon Heavy is a two-stage rocket with the first stage consisting of three cores, each of which is equivalent to a Falcon 9 rocket. Each of those cores has nine Merlin engines. The 27 engines on the Falcon Heavy first stage produce more than 5 million pounds (22,819 kilonewtons) of thrust at liftoff.

The two side cores for the mission are planned to land at SpaceX‘s recovery zone at Cape Canaveral Space Force Station, but the launch profile means that the core stage will not have enough propellant remaining to attempt its own landing.

The 230-foot-tall (70 meters) Falcon Heavy can lift nearly 141,000 lbs. (64 metric tons) of payload to low Earth orbit, according to SpaceX, making it by the far the most powerful operational rocket when it launched for the first time in February 2018.

Though the Falcon Heavy has so far launched just three times, the rocket will carry a number of major missions in the future, including the Psyche asteroid mission in 2023, Europa Clipper in 2024 and the dark matter-hunting Roman Space Telescope around 2026.