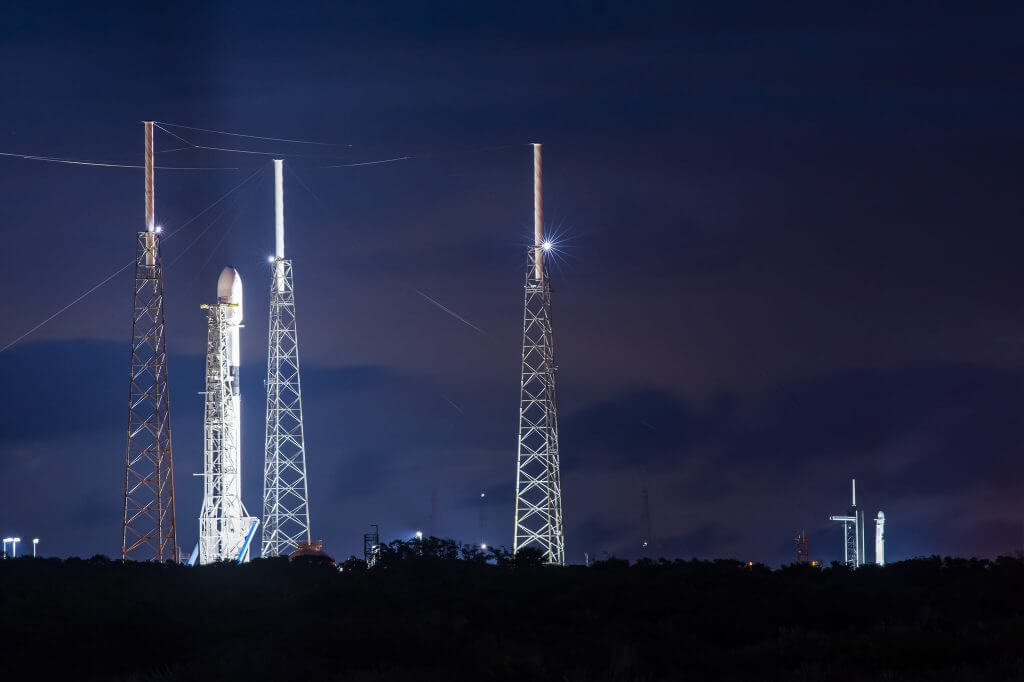 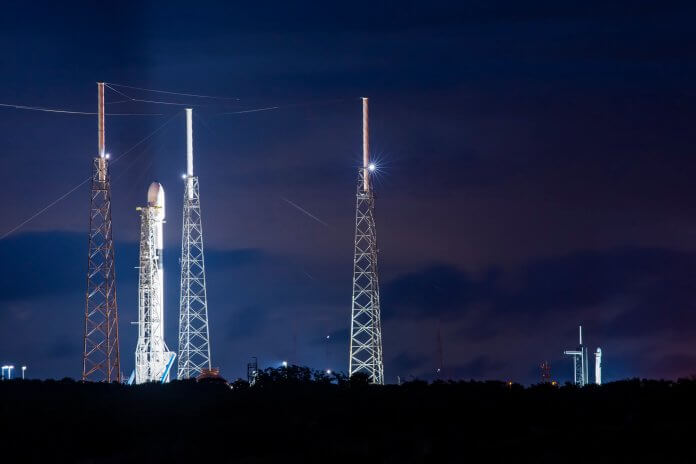 After a lull in launch activity the last few months, SpaceX plans to close out 2021 with a spurt of missions from all three of the company’s active launch pads in Florida and California, with five or more Falcon 9 flights planned before the end of the year.

SpaceX’s next Falcon 9 mission, scheduled Nov. 24 from California, will tie the company’s record for the most launches in a calendar year. Another Falcon 9 flight Dec. 1 will break the record.

The Falcon 9 launch schedule through the end of December currently includes at least five more missions — four from Florida’s Space Coast and one from Vandenberg Space Force Base in California. There could be openings for up to two more flights in the jam-packed schedule for launches carrying Starlink internet satellites.

The year began with a rapid-fire cadence of Falcon 9 launches. SpaceX launched 20 Falcon 9 flights in the first half of 2021, an average rate of one launch every nine days.

SpaceX’s launch rate has slowed in the second half of the year, primarily due to delays in readying a new generation of Starlink satellites. With the new Starlink satellites now rolling out of SpaceX’s factory in Redmond, Washington, SpaceX is picking up the pace in the final weeks of 2021.

Two Falcon 9 launches last week from Florida carried four astronauts into orbit on the way to the International Space Station, and hauled a batch of 53 Starlink internet satellites into orbit, bringing the total number of Starlink craft launched to 1,844 as SpaceX builds out its privately-funded global broadband network.

The missions last week brought SpaceX to 25 Falcon 9 launches this year, one shy of the company’s mark of 26 Falcon 9 flights in 2020, the most SpaceX missions in a single year. One of the 26 Falcon 9 launches in 2020 was an atmospheric abort test of SpaceX’s Crew Dragon capsule, and did not enter orbit.

SpaceX’s 26th Falcon 9 launch of the year is scheduled for Nov. 24 at 1:20 a.m. EST (10:20 p.m. PST on Nov. 23) from Vandenberg Space Force Base in California. That flight will deploy NASA’s Double Asteroid Redirection Test, or DART, spacecraft on a trajectory to escape Earth and head into the solar system.

The DART mission will take aim on an asteroid for a high-speed collision, demonstrating a deflection technique that could be employed in the future against an asteroid on a course to threaten Earth. DART will target the small companion, or moon, of a larger asteroid.

Scientists will measure the effects of the impact on the smaller asteroid’s orbit around its larger parent body. The DART mission will be the first SpaceX launch with a spacecraft to travel to another object in the solar system.

DART’s launch will be followed by the next Falcon 9 flight from Cape Canaveral Space Force Station with the next cluster of Starlink satellites. That mission, which will break the record for the most SpaceX Falcon 9 flights in a year, is tentatively scheduled for Dec. 1 at 1:36 a.m. EST (0636 GMT) from pad 40.

Next up will be the launch of NASA’s Imaging X-ray Polarimetry Explorer, or IXPE, mission from pad 39A at Kennedy Space Center. A Falcon 9 rocket is set to launch the X-ray astronomy satellite during a 90-minute window opening at 1 a.m. EST (0600 GMT).

Then SpaceX plans to launch a Turkish communications satellite named Turksat 5B into geostationary transfer orbit from pad 40 at Cape Canaveral. The 90-minute launch window for that flight opens at 10:58 p.m. EST on Dec. 18 (0358 GMT on Dec. 19).

The final launch of the year from pad 39A is scheduled for Dec. 21 at 5:06 a.m. EST (1006 GMT), when SpaceX is set to send a Dragon cargo freighter into orbit atop a Falcon 9 rocket on a resupply mission to the International Space Station. That mission will be SpaceX’s 24th cargo mission to the orbiting outpost.

The schedule in December could have room for two more Starlink launches — one from California and one from Florida. But SpaceX typically does not reveal schedules for its Starlink missions until weeks, or even days, before the launch date.

A Falcon 9 launch from Cape Canaveral with an Italian radar remote sensing satellite, originally scheduled for this month, has been delayed to next year.