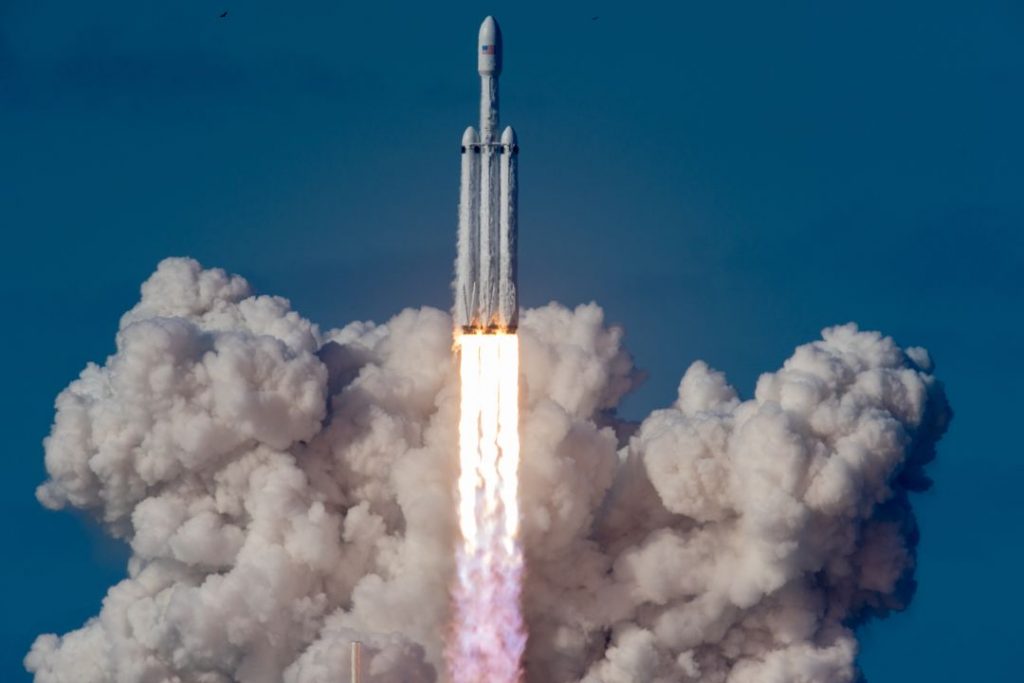 The launch of a SpaceX Falcon Heavy rocket on Tuesday morning (Nov. 1) will be a feast for the senses.

The Falcon Heavy is scheduled to lift off Tuesday at 9:41 a.m. EDT (1341 GMT) from NASA’s Kennedy Space Center in Florida, on a mission for the U.S. Space Force called USSF-44. You can watch the Falcon Heavy launch live at Space.com, courtesy of SpaceX, or directly via the company.

There will be a lot to take in as the Falcon Heavy roars off the pad, and as its three first-stage boosters come back down to Earth not long after liftoff. This action will have aural as well as visual components.

Related: Why SpaceX hasn’t flown a Falcon Heavy rocket since 2019

All three Falcon Heavy first-stage boosters (which are modified versions of SpaceX’s Falcon 9 rocket) are capable of making vertical touchdowns shortly after liftoff, with the central core stage usually trying its luck on a SpaceX drone ship at sea.

But the core booster on Tuesday’s launch will ditch into the sea rather than attempt a landing, because USSF-44 is such a demanding mission fuel-wise. It’s sending a handful of payloads to geostationary orbit, about 22,000 miles (35,400 kilometers) above the planet, and the long journey will use up most of the core booster’s propellant.

The primary payload going up on Tuesday, a spacecraft called USSF-44, is classified, so very little is known about it. Also flying on the mission is a small technology-demonstrating satellite called Tetra-1, which was built for the Space Force by the Boeing subsidiary Millenium Space Systems. USSF-44 likely also will loft several smaller cubesats as well, according to EverydayAstronaut.com (opens in new tab).

USSF-44 will be just the fourth launch for the Falcon Heavy overall and its first since June 2019. The long drought between liftoffs is due primarily to delays with the delivery of payloads on the rocket’s manifest. USSF-44, for example, was originally supposed to fly in late 2020, but the main satellite wasn’t ready.

The Falcon Heavy is the most powerful rocket flying today. But two even brawnier launchers are scheduled to debut soon. NASA is gearing up to launch Artemis 1, the first mission of its Space Launch System megarocket, on Nov. 14. And SpaceX is prepping for the first orbital test flight of Starship, the giant vehicle it’s developing to take cargo and people to the moon and Mars.