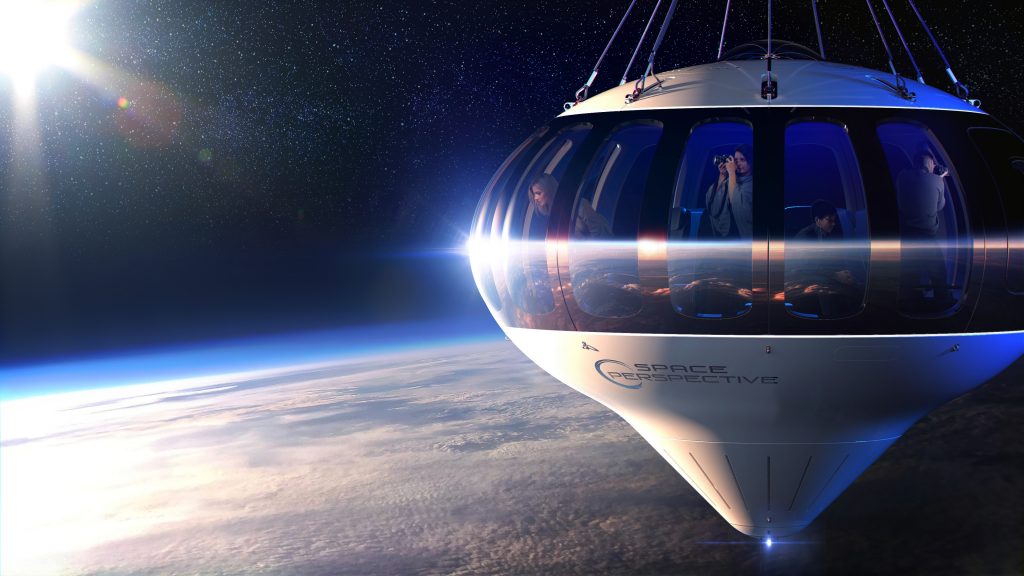 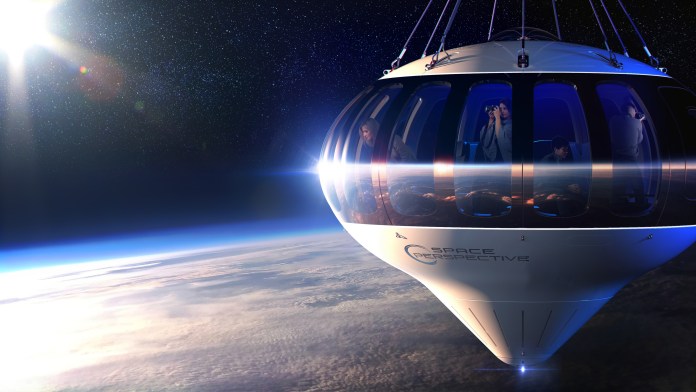 Space tourists will soon have another option at their disposal, if all goes according to plan.

“We’re committed to fundamentally changing the way people have access to space — both to perform much-needed research to benefit life on Earth and to affect how we view and connect with our planet,” Space Perspective founder and co-CEO Jane Poynter said in a statement today (June 18), when the company announced its plans.

“Today, it is more crucial than ever to see Earth as a planet, a spaceship for all humanity and our global biosphere,” Poynter said, referencing the “overview effect” commonly cited by astronauts who have flown to space.

The Spaceship Neptune capsule can accommodate a pilot and eight passengers, who will ride in style. The craft will feature seats, a bar, a bathroom and huge windows that will allow for great views of Earth against the blackness of space, company representatives said.

The craft will launch from the old Shuttle Landing Facility at NASA’s Kennedy Space Center (KSC) on Florida’s Space Coast. Spaceship Neptune will head east out over the Atlantic Ocean on winter flights and west over the Gulf of Mexico during the summer, a seasonal shift dictated by the prevailing winds.

Spaceship Neptune will spend about two hours getting up to a maximum altitude of about 100,000 feet (30,000 meters), pulled gently upward by a 650-foot-tall (200 m) balloon filled with buoyant hydrogen.

“Helium has become quite difficult to obtain,” Space Perspective founder and co-CEO Taber MacCallum said during a news conference today, explaining the choice of lift gas. “It’s used for a lot of medical practices and for launching rockets.”

The capsule will spend about two hours high in the stratosphere, above 99% of Earth’s atmosphere, then will spend another two hours coming back down again for a total flight time of six hours. Spaceship Neptune will be fished out of the sea by a recovery boat, much like SpaceX Crew Dragon capsules are today. The Spaceship Neptune capsule will be reused, but a new balloon will be needed for each mission.

Space Perspective has not yet set a price for this balloon experience, but a ticket will likely sell for around $125,000 initially, MacCallum and Poynter said. That’s about half the most recent stated price for a ride aboard Virgin Galactic’s suborbital SpaceShipTwo space plane, which is expected to begin commercial operations soon. (Jeff Bezos’ spaceflight company, Blue Origin, is also developing a suborbital space tourism vehicle, called New Shepard, which could get and running soon as well.)

Spaceship Neptune’s gentle ride should make it a viable option for a wide variety of people, including those who are a bit long in the tooth or not in great physical condition.

“That is really what this is all about,” Poynter said during today’s news conference. “Everybody should be able to see the Earth from space.”

Not every passenger will necessarily need to have deep pockets, either. The nonprofit Space for Humanity has chosen Space Perspective as a “preferred partner” for its Citizen Astronaut Program, which will pay for the flights of selected folks who will serve as space ambassadors after they return to Earth.

“Space for Humanity is cultivating a movement to expand access to space for all of humanity, and this partnership represents a big leap in making that happen,” Dylan Taylor, founder of Space for Humanity and CEO of Voyager Space Holdings, said in the same statement.

Space Perspective is also working with NASA. The company signed a Space Act Agreement to use test facilities at KSC and leverage agency expertise in fields such as wind and trajectory analysis, MacCallum said. And Space Perspective has signed a lease agreement with Space Florida, which operates the old Shuttle Landing Facility and associated sites under an agreement with NASA.

The concept for Spaceship Neptune has been decades in the making, dating back to Poynter and MacCallum’s two years inside the Biosphere 2 research facility in southern Arizona in the early 1990s. More recently, Poynter and MacCallum helped to develop the concept at one of their previous companies, Arizona-based World View Enterprises.

World View’s balloon-borne capsule was called Voyager, and tickets to ride it were initially pegged at $75,000 apiece. But Voyager’s capsule design was quite different, Poynter stressed. And Voyager would have descended under a parafoil and touched down on terra firma, unlike Spaceship Neptune, which is entirely balloon-borne and will make ocean splashdowns.

World View does not seem to be actively developing Voyager at the moment, concentrating instead primarily on its robotic Stratollite balloon system.

Spaceship Neptune will initially launch from Jacksonville’s Cecil Spaceport in addition to KSC, Poynter and MacCallum said. But the company eventually plans to lift off from a variety of additional locales as well, including international spaceports and sites in Alaska and Hawaii. Ocean platforms may also one day be departure points for the craft, MacCallum said.

Space Perspective still has quite a bit to figure out; the company has not yet decided where it will manufacture Spaceship Neptune capsules or even where its headquarters will be located, Poynter said. But it plans to get up and running quickly, with flight tests beginning in the first quarter of 2021.

And the company is encouraging people to sign up to fly already, even though ticket prices haven’t been officially set yet.

“We’re already giving people seat allocations, even though you don’t have to pay any money now,” Poynter said. “That way, the early birds get at the front of the line.”