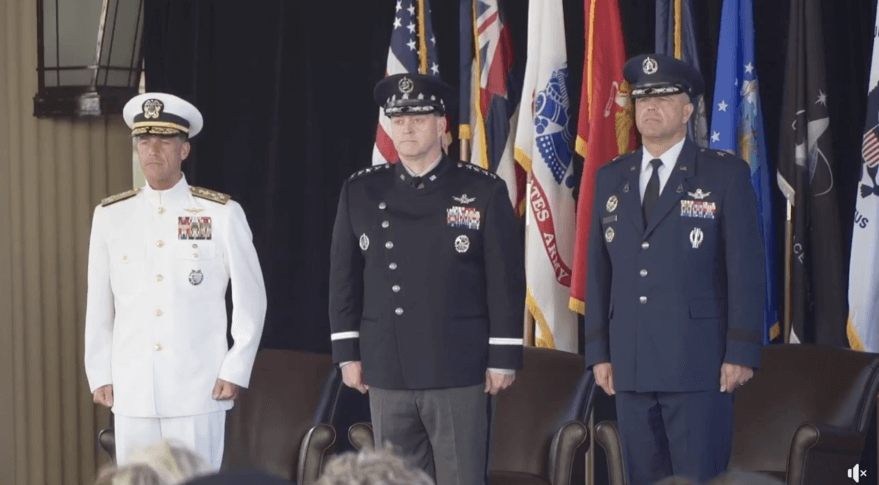 WASHINGTON — The Space Force on Nov. 22 formally established a unit within U.S. Indo-Pacific Command, the Defense Department’s largest combatant command. Based in Hawaii, U.S. Indo-Pacom is responsible for operations in the Asia-Pacific region.

This is the Space Force’s first formal establishment of a service component in an overseas combatant command, a decision driven by the rise of China as a space power, said Thompson.

“We were very deliberate in picking Indo-Pacom,” he said.

“Every day, Secretary of Defense [Lloyd] Austin reminds us of our pacing challenge, and that’s China,” said Thompson. “Air Force Secretary [Frank] Kendall has a different way of saying it. He just comes in and says, ‘China, China, China.’”

Mastalir will report directly to Adm. John Aquilino, head of U.S. Indo-Pacom. He will also report back to the Pentagon to Chief of Space Operations Gen. B. Chance Saltzman.

Thompson said Mastalir will be the point person coordinating space support services from government and commercial satellites so Aquilino doesn’t have to deal with multiple agencies and companies. And he will be responsible to inform Saltzman of U.S. Indo-Pacom’s needs so the Space Force can request the needed funding.

“Space enables access to otherwise denied areas, to increase the range and lethality of our weapons systems, and space is key to our ability to project power at the time and place of our choosing,” he said.

“We have to ensure that every warfighter in Indo-Pacom maximizes the combat effects available from United States Space Command, the intelligence community, and of course, commercial partners,” said Mastalir.