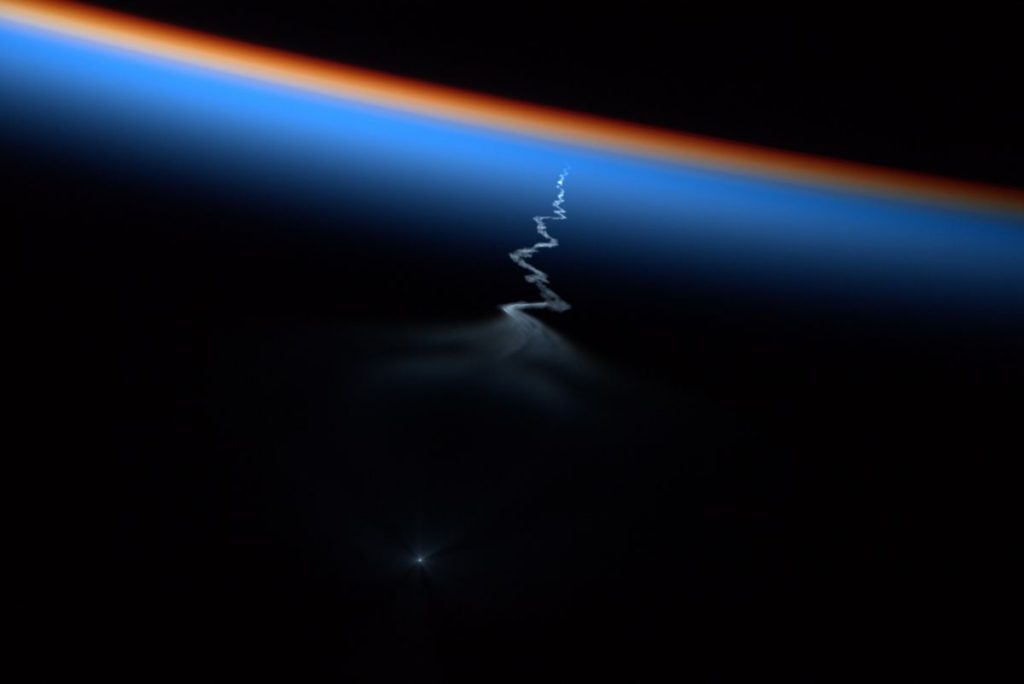 A Russian Soyuz rocket launched cosmonauts Sergey Prokopyev and Dmitri Petelin and NASA’s Frank Rubio to orbit from Baikonur Cosmodrome in Kazakhstan this morning. The spaceflight action was spotted by ISS astronauts zooming about 250 miles (400 kilometers) above Earth.

“We had a spectacular view of the #Soyuz launch! Sergey, Dmitry and Frank will come knocking on our door in just a couple of hours … looking forward to welcoming them to their new home!” European Space Agency (ESA) astronaut Samantha Cristoforetti said via Twitter today (opens in new tab), in a post that included two photos of the launch from on high.

Cristoforetti is part of the ISS’ current Expedition 67, which is commanded by cosmonaut Oleg Artemyev. The other crewmembers are cosmonauts Denis Matveev and Sergey Korsakov, NASA’s Bob Hines, Kjell Lindgren and Jessica Watkins — and now Prokopyev, Petelin and Rubio.

Hines posted some photos of today’s Soyuz launch on Twitter as well. “Ever wonder what a [rocket] launch looks like from space? It’s amazing!!” the astronaut wrote (opens in new tab).

Artemyev will pass command to Cristoforetti next week before he and his crewmates return to Earth, marking the beginning of Expedition 68. This will be a big moment; no European woman has ever commanded an ISS mission before.

The ISS will receive another fresh set of crewmates just a few weeks from now, if all goes according to plan. NASA’s Nicole Mann and Josh Cassada, Japan Aerospace Exploration Agency astronaut Koichi Wakata and cosmonaut Anna Kikina are scheduled to launch to the orbiting lab on Oct. 3, on SpaceX’s Crew-5 mission for NASA.

Shortly after Crew-5 arrives, Cristoforetti, Hines, Lindgren and Watkins will depart the ISS, heading for home aboard their own SpaceX Dragon capsule. Their arrival back on Earth will mark the end of SpaceX’s Crew-4 mission.

Editor’s note: This story was updated at 3:10 p.m. EDT on Sept. 21 to include a tweeted photo and comments posted by astronaut Bob Hines.