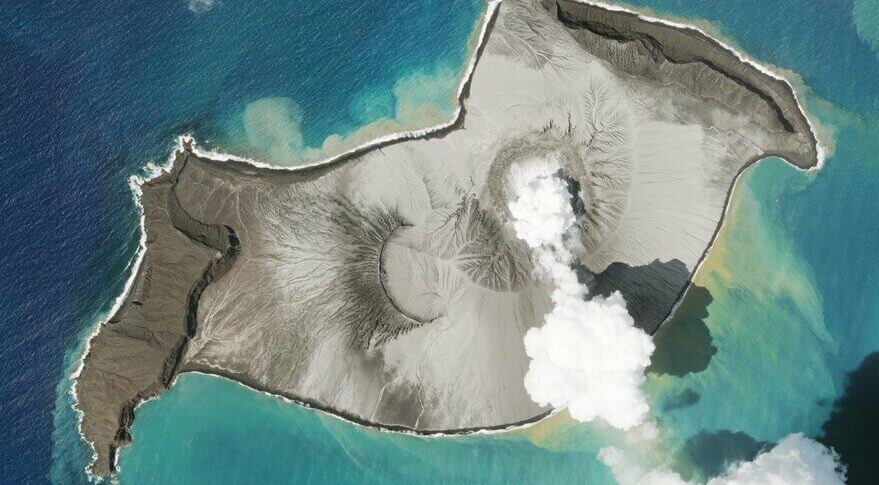 MOUNTAIN VIEW, Calif. – Small satellite constellations promise to improve the resiliency of communications links, according to speakers at the SmallSat Symposium here.

After the January eruption of the Hunga Tonga Hunga Ha’apai volcano destroyed telecommunications cables and cut off communications with the island nation, SpaceX, Speedcast, SES and Intelsat worked quickly to restore communications links.

“It’s within our grasp to use satellite technology to provide instant emergency backup anywhere on the planet,” said Charles Miller, co-founder and CEO of Lynk Global, a firm building a constellation to connect unmodified smartphones via satellite.

In addition to enabling people in Tonga or other disaster sites to call out, small satellite constellations could offer a global emergency alert system to warn people in remote areas to move to higher ground ahead of a tsunami, for example.

In addition, constellations of small Earth observation satellites shed light on the location and consequences of fires, hurricanes, floods and other disasters.

Since Planet gathers daily global imagery, “there’s a very good likelihood that we have images prior to the event and immediately afterword,” said Chester Gillmore, Planet vice president of spacecraft development and manufacturing.

When electro-optical imagery of a disaster area is obscured by clouds, synthetic aperture radar (SAR) satellites can help.

Another communications breakdown occurred in early January after the failure of an undersea fiber-optic cable linking Norway’s Svalbard satellite station with mainland Norway. Although the cable was restored Jan. 18, the breakdown showed “a lack of resiliency in the data networks” for space applications, said SpaceLink CEO Dave Bettinger.

By establishing a satellite data relay constellation in medium Earth orbit, SpaceLink will help solve the problem of getting “data back from these smallsats no matter what’s going on with particular cables,” Benninger added.