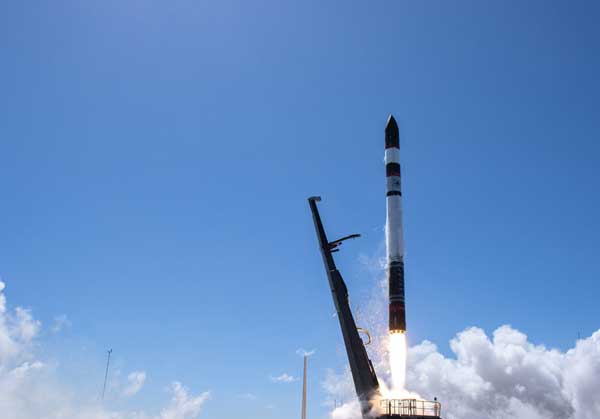 The “A Data With Destiny” mission for BlackSky managed through global launch services provider Spaceflight Inc., will be Rocket Lab’s 23rd Electron launch and sixth mission of 2021. Rocket Lab will not be attempting to recover Electron for this mission.

Scheduled to launch from Rocket Lab Launch Complex 1 in New Zealand during a launch window that opens December 7, 2021 UTC, Electron will lift-off to deploy two BlackSky satellites to low-Earth orbit as part of the company’s rapid expansion of its satellite constellation. BlackSky combines high-resolution images captured by its constellation of small satellites with its proprietary Spectra AI analytics and insights platform to government customers and industries including transportation, infrastructure, land use, and supply chain management. BlackSky expects to achieve a 12 satellite constellation by the end of 2021, with a further pair of satellites scheduled to launch on Electron early in 2022.

“A Data With Destiny” is the latest in a multi-launch agreement on Electron for BlackSky and Spaceflight that follows the successful dedicated launch of “Love At First Insight” on November 18, 2021 and a successful rideshare mission including BlackSky earlier in the year. The “A Data With Destiny” launch is set to bring the total number of satellites launched by Rocket Lab to 109, joining a collection of successfully deployed satellites by Rocket Lab in 2021 from sectors including commercial, civil, and defense that are enabling Internet-of-Things connectivity, providing weather and climate data, and testing next-generation technologies.

Founded in 2006, Rocket Lab is an end-to-end space company with an established track record of mission success. We deliver reliable launch services, spacecraft components, satellites and other spacecraft and on-orbit management solutions that make it faster, easier and more affordable to access space. Headquartered in Long Beach, California, Rocket Lab designs and manufactures the Electron small orbital launch vehicle and the Photon satellite platform and is developing the Neutron 8-ton payload class launch vehicle. Since its first orbital launch in January 2018, Rocket Lab’s Electron launch vehicle has become the second most frequently launched U.S. rocket annually and has delivered 107 satellites to orbit for private and public sector organizations, enabling operations in national security, scientific research, space debris mitigation, Earth observation, climate monitoring, and communications. Rocket Lab’s Photon spacecraft platform has been selected to support NASA missions to the Moon and Mars, as well as the first private commercial mission to Venus. Rocket Lab has three launch pads at two launch sites, including two launch pads at a private orbital launch site located in New Zealand, one of which is currently operational, and a second launch site in Virginia, USA which is expected to become operational by the end of 2021. To learn more, visit www.rocketlabusa.com.