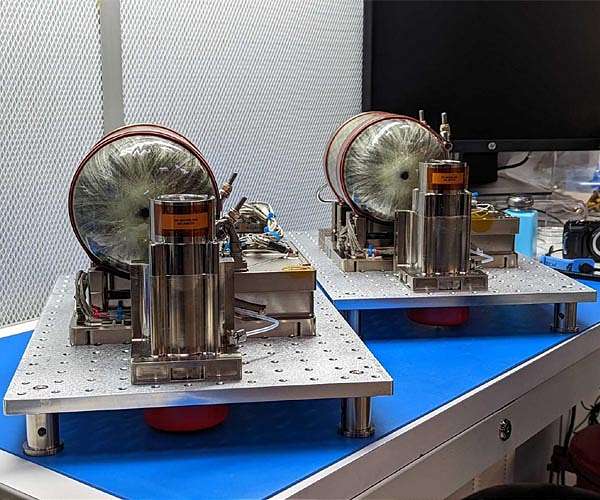 “Legacy electric propulsion systems are tied to noble gases like xenon and krypton,” said Phase Four CEO, Beau Jarvis. “These noble gases, while high performing, are largely sourced outside of the United States in China, Russia and Ukraine. The US has no real control over this supply chain, which is subject to high price volatility and recent severe supply issues.”

Phase Four board member, former NASA Administrator Jim Bridenstine observed, “This year we’ve seen xenon prices spike to over $30,000 per kilogram. This is cost prohibitive for both commercial and government satellite constellations in low Earth orbit.” Bridenstine continued, “The US is the world’s third largest iodine producer, and my home state of Oklahoma leads the way in domestic production. With Max-V, we can ensure a fully domestic supply chain and readily accessible low cost propellant.”

Maxwell’s new chassis-style design enables rapid on-ramping of improvements in the core areas of the thruster, power electronics and propellant subsystems. This architecture is streamlining the Max-V development process as is the company’s significant experience with iodine-based propellants through its recent U.S. Air Force AFWERX award.

“Maxwell’s new modular chassis architecture enables us to introduce improved capabilities within the same form factor,” said Phase Four CTO, Umair Siddiqui. “Using an iodine-based propellant instead of a noble gas propellant stored at very high pressure provides a number of benefits to our customers. Iodine stores as a solid without high pressure valves or vessels, which means we can deliver fully fueled engines directly to our customers.”

Max-V is anticipated to be available for order in the second half of 2023. The system is designed to operate from 200 Watts to 1.5 kiloWatts, and achieve 50 mN thrust, over 1,200 s Isp and deliver over 100 kNs total impulse. Max-V’s iodine-based propellant will cost under $400 per kilogram and be incorporated in the purchase price. Max-V’s form factor is similar to Phase Four’s current Maxwell Block 2 engine. The system will ship fully fueled, ready for installation and will require no ground fueling operations prior to launch.

Phase Four is a disruptive provider of next generation electric propulsion (EP) solutions for small satellites. The company was founded in 2015 to address the demands of the rapid proliferation of satellite constellations and to accelerate the advancement of its radio-frequency thruster (RFT). 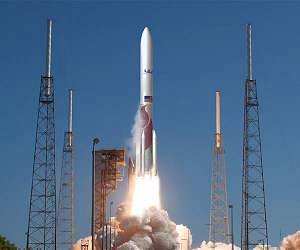 
Amazon announced on Wednesday that Project Kuiper will launch prototype satellites on the first flight of United Launch Alliance’s (ULA) new Vulcan Centaur rocket in 2023.
The goal of Project Kuiper is to launch a series of 3,236 satellites into low earth orbit to provide broadband access to areas of the globe that lack high-speed internet.
“We couldn’t be more excited to join the first launch of ULA’s Vulcan Centaur. We’ve already secured 38 Kuiper launches on Vulcan, using the same lau … read more