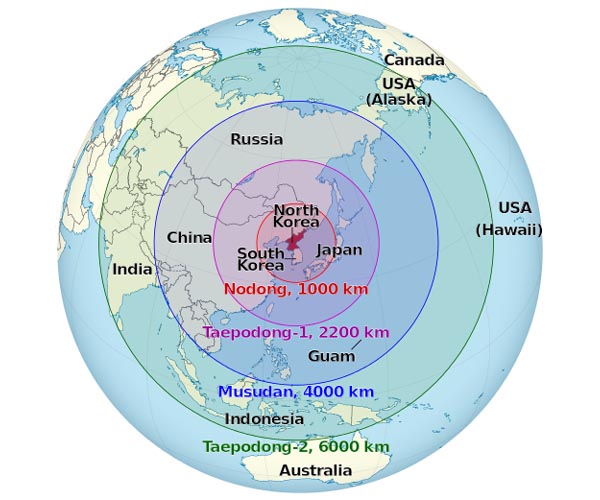 North Korea fired a ballistic missile over Japan for the first time in five years Tuesday, prompting Tokyo to activate its missile alert system and issue a rare warning for people to take shelter.

The latest launch — which the United States branded “reckless and dangerous” — comes in a record year of sanctions-busting weapons tests by North Korea, which recently revised its laws to declare itself an “irreversible” nuclear power.

The last time Pyongyang fired a missile over Japan was in 2017, at the height of a period of “fire and fury” when North Korean leader Kim Jong Un traded insults with US president Donald Trump.

South Korean President Yoon Suk-yeol called the launch a “provocation” that violated UN regulations and vowed a “stern response” in a statement issued by his office.

The drills aimed to demonstrate the allies’ “capabilities to conduct a precision strike at the origin of provocations,” South Korea’s Joint Chiefs of Staff said in a statement.

The US State Department said the “reckless and dangerous launch” posed “an unacceptable threat to the Japanese public”.

Japanese Defence Minister Yasukazu Hamada said the missile could have been a Hwasong-12.

The missiles “put South Korea, Japan, and Guam within range”, and show that Pyongyang could hit US bases with nukes if war broke out on the Korean peninsula, he said.

“As these are missiles that can carry nuclear warheads, the launch also has a political goal of once again declaring North Korea a defacto nuclear power and showing its complete denuclearisation is impossible,” Park added.

That came just days after the US and South Korean navies conducted large-scale exercises.

Such drills infuriate North Korea, which sees them as rehearsals for an invasion.

About 28,500 US troops are stationed in South Korea to help protect it from the North.

Firing a missile over Japan represented a “significant escalation” by North Korea, said Leif-Eric Easley, a professor at Ewha University in Seoul.

“Pyongyang is still in the middle of a provocation and testing cycle,” he added.

South Korean and US officials have been warning for months that Kim is preparing to conduct another nuclear test, saying last week that this could happen soon after Pyongyang’s key ally China holds a Communist Party congress from October 16.

Pyongyang has tested nuclear weapons six times since 2006, most recently in 2017.

“North Korea always starts with a low-level provocation and gradually raises the level to attract media attention from all over the world,” said Go Myong-hyun, a researcher at the Asan Institute for Policy Studies.

“Their final provocation will probably be a nuclear test,” he said, adding that North Korea had taken the unusual and “very aggressive” step of overflying Japan to attract more attention.

“By launching the missile over Japan, they are showing that their nuclear threat is not just targeting South Korea.” 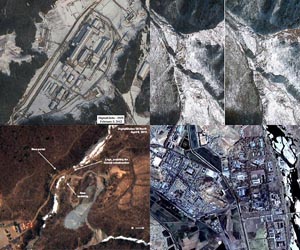 
A nuclear test by North Korea would be a “game changer” in the region and provoke a US response spanning “multiple instruments of national power,” officials with the US Indo-Pacific Command in Honolulu said Friday.

North Korea, which has carried out four ballistic missile launches this week, appears to be preparing for a nuclear test that would likely take place one to two weeks after the Chinese Communist Party congress starting October 16, an official who requested anonymity told reporters.