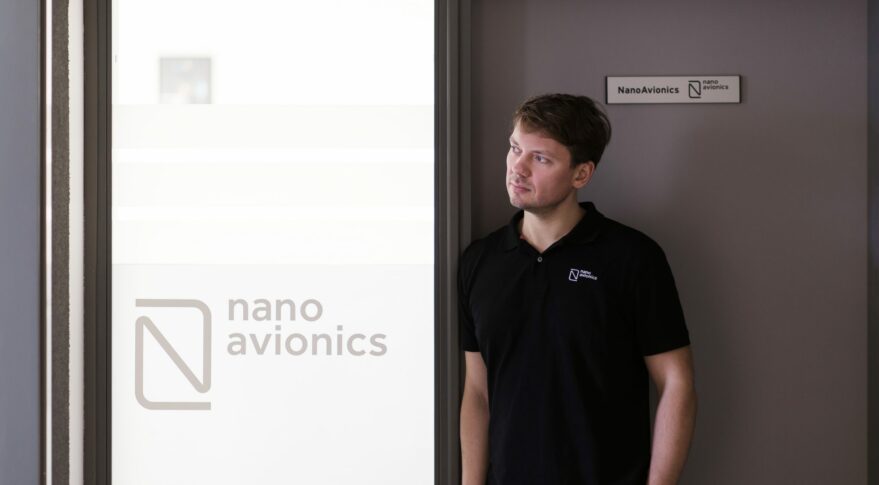 The Lithuanian company also said Oct. 25 it has changed its name to Kongsberg NanoAvionics after finishing the sale of a majority stake to Kongsberg Defence & Aerospace last month, although it will continue to trade as NanoAvionics.

Kongsberg Defence & Aerospace produces spacecraft subsystems and other products mainly for military customers. It is part of Norwegian technology giant Kongsberg, which pulled in about $2.6 billion in revenues in 2021.

NanoAvionics CEO Vytenis Buzas said Konsberg’s sizable resources will help expand the company into the defense market, and transform it into a global “prime supplier for small satellite constellations.”

The companies declined to disclose specific information about this growth plan.

Buzas told SpaceNews it includes the addition of about 2,000 square meters of floor space at its facility in Vilnius, Lithuania’s capital, where the company was founded as a university spin-off in 2014.

Expanding production facilities and staff will help “grow our mass manufacturing capabilities to an annual output of several hundred identical satellites a year,” he said.

The manufacturer and mission integrator currently employs about 200 people.

Buzas said NanoAvionics is ramping up research and development activities under its investment plan to make its modular satellite architecture more secure and reliable, which would help capture a larger share of the defense market.

“I cannot reveal any numbers but interest in smallsat technology from the defense sector has been increasing, and I imagine our involvement in defense missions is heading for exponential growth,” he said.

“To do that we need to build satellite busses with defense-grade reliability and with capabilities that match mission needs, which to some extend we already have.”

Some of these new capabilities will also benefit its commercial customers, he added.

The spacecraft will be based on the MP42 microsatellite bus, which at more than 50 kilograms is NanoAvionics’ largest yet as the company extends into bigger spacecraft with more capabilities.

Buzas said NanoAvionics’ plan to grow in the defense market would see it develop even more components in-house.

Roughly half the components used for its satellite buses were sourced from outside suppliers six years ago, compared to around 20% today.

Despite the company’s strengthened focus on defense under Kongsberg, Buzas continues to see strong demand in the commercial market.

Startups continue to flock to the space market, providing a source for customers but also competitors as others seek to muscle in on the smallsat manufacturing sector.

Most recently, Los Angeles-based startup Apex came out of stealth Oct. 24 after raising a $7.5 million seed round for plans to produce large numbers of smallsats.

Large and established satellite makers also looking for ways to capture more of the smallsat market, including partnership-hungry Lockheed Martin.

Although “the market is crowded, and especially for the newcomers,” Buzas believes NanoAvionics’ nimbleness and modular architecture give it an advantage over the competition.

About 80% of the company’s satellite architecture remains the same from mission to mission, despite changes in the payload, enabling it to reduce costs and shorten production times by buying parts in advance.

Newcomers to the market will also need to build up flight heritage to gain traction with customers.

Operational heritage is particularly important for defense customers that are often happy to pay a premium for highly reliable and resilient space products.