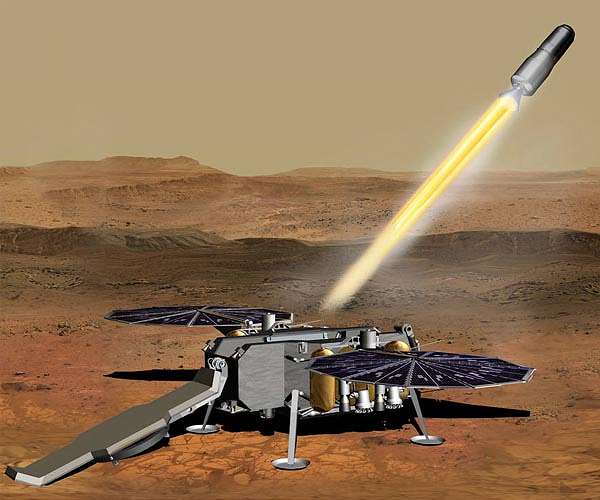 As the goals of Mars exploration expand to include sample return, it becomes important to protect Earth from potential extraterrestrial sources of contamination. Likewise, it is important to avoid mistaking Earth life for indigenous life brought back from Mars.

In a new study, scientists examine the effects of desiccation and freezing on microbial ionizing radiation survivability on Mars. The study is published in the peer-reviewed journal Astrobiology. Click here to read the articles now.

Corresponding author Michael Daly, PhD, from the School of Medicine, Uniformed Services University of the Health Sciences, and colleagues sought to better understand the impact of the martian surface on microbial dormancy and survivability.

Mimicking the conditions on Mars, they tested the influence of desiccation and freezing on the ionizing radiation survival of six model microorganisms: vegetative cells of two bacteria, a strain of yeast, and vegetative cells and endospores of three Bacillus bacteria. The investigators found that desiccation and freezing increased radiation survival of vegetative microorganisms.

“We report that desiccated and frozen cells of the bacterium D. radiodurans can survive astonishing ionizing radiation,” stated the investigators, “exposures equivalent to hundreds of millions of years of background radiation on Mars.”

The investigators concluded that “if martian life ever existed, even if viable lifeforms are not now present on Mars, given that whole viable D. radiodurans cells can survive the equivalent of 280 million years in the frozen martian subsurface, then their macromolecules would survive much, much longer. This strengthens the probability that, if life ever evolved on Mars, this will be revealed in future missions.”

Astrobiology Editorial Board Member, John Rummel, noted that “the work put forward by Michael Daley and his colleagues represents a comprehensive look at the interactions between desiccation, freezing, and radiation survivability in one of our most tenacious microbes, Deinococcus radiodurans.

“The potential for D. radiodurans or other Earth microbes to survive present-day conditions on Mars draws attention to the need for a complex analysis regarding the very real possibility of Earth microbes contaminating specific landing sites on Mars, and even some of them-as qualified martian survivors-showing up in our studies after a ride home to Earth in a sample returned from Mars.” 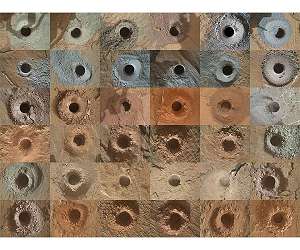 
When Mars’ first samples return to Earth, scientists should be on the lookout for ancient sleeping bacteria, a new study has found.

In a first-of-its-kind study, a research team, including Northwestern University’s Brian Hoffman and Ajay Sharma, found that ancient bacteria could survive close to the surface on Mars much longer than previously assumed. And – when the bacteria are buried and, thus, shielded from galactic cosmic radiation and solar protons – they can survive much longer.