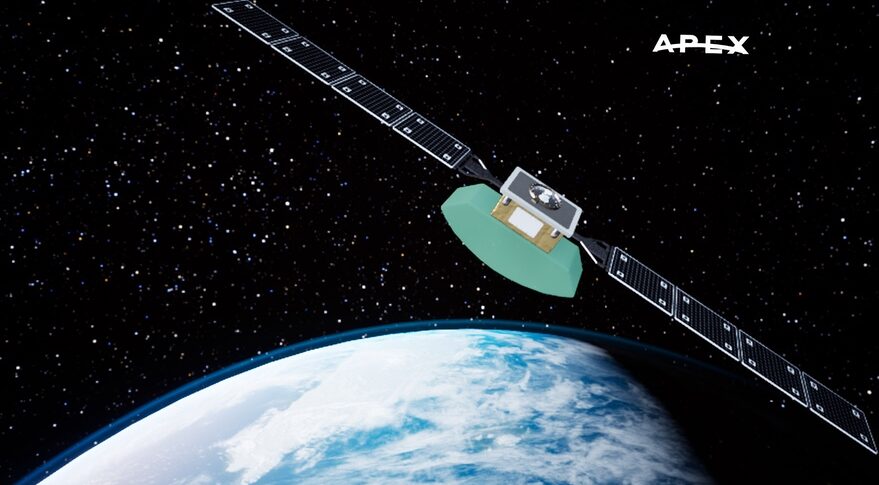 WASHINGTON — A startup that envisions manufacturing large numbers of small satellites has raised a seed round of funding.

Los Angeles-based Apex announced Oct. 24 it raised a $7.5 million seed round led by venture capital firm Andreessen Horowitz. Several other funds participated in the round, including XYZ, J2, Lux Capital and Village Global.

Apex plans to enter the satellite manufacturing market with a bus called Aries, weighing 103 kilograms with the ability to host payloads of up to 94 kilograms. The bus is designed to support a range of missions, including Earth observation and communications.

Ian Cinnamon, cofounder and chief executive of Apex, argues that satellite buses have lacked the innovation seen in other parts of the space industry. “The satellite buses themselves are very much an afterthought,” he said in an interview, as companies focus their attention on payloads. Yet, “the major issue, whether it be cost of timeline, is now entirely on the bus side.”

He said the company sees Aries as a standardized bus that can be produced in large volumes, but also be customized in much the same way automobiles are. Payloads that require precise pointing can use a higher-end reaction wheel, or those with greater need to maneuver can incorporate a larger propulsion system.

“Without having to redesign the bus we could simply swap in or out different subassemblies,” he said, something that will be accommodated by customized software to enable plug-and-play component changes. “That configurability will make it really fast and seamless, and minimize the amount of nonrecurring engineering that’s required any time a new configuration is shipped off the assembly line.”

Apex plans to gradually ramp up to mass production of those satellite buses. The company plans to build its first bus in 2023 to launch as a demonstration, followed by five in 2024. Cinnamon said that production will increase to 100 in 2026, at which point “we will start to really hit the market demand that we’re seeing right now.”

The company faces competition in two directions. One is from other companies that build smallsat buses, including Millennium Space Systems, Terran Orbital and York Space Systems. The other is from companies that build their satellite buses in-house, notably SpaceX for its Starlink constellation and Amazon for its upcoming Project Kuiper constellation.

Cinnamon said Apex will differentiate itself from other smallsat manufacturers by focusing primarily on commercial customers, whereas its competitors do extensive business for the Space Development Agency and other government organizations. “We are very much focused on the ‘scaled’ commercial side,” he said. “The existing smallsat manufacturers who currently are on that side are not able to produce at the scale we’re designing to.”

Apex said it can offer a better solution for companies producing small volumes of satellites in-house. “Fundamentally, they weren’t designed for manufacturing,” he said of those companies. Outsourcing bus production could be attractive for those companies, he said, as they look to focus on their product specialties.

Cinnamon declined to identify any specific customers Apex has attracted. “We’re in far-along discussions with many customers,” he said, both those that build satellites in-house and those who work with other manufacturers.

The funding round will allow Apex to set up a production facility near Los Angeles International Airport. The company, co-founded by Cinnamon and Max Benassi, former director of engineering at Astra, has five employees but is actively hiring. The seed round, Cinnamon said, will take the company through the development of that initial demonstration satellite.

The ability to mass-produce satellites, he said, is essential to a long-term future for humanity in space. “Do we really think all of those satellites are going to be hand-assembled the way they are today? They need to be mass-manufactured, and we believe that we are the company that is going to be equipped to deliver on that.”