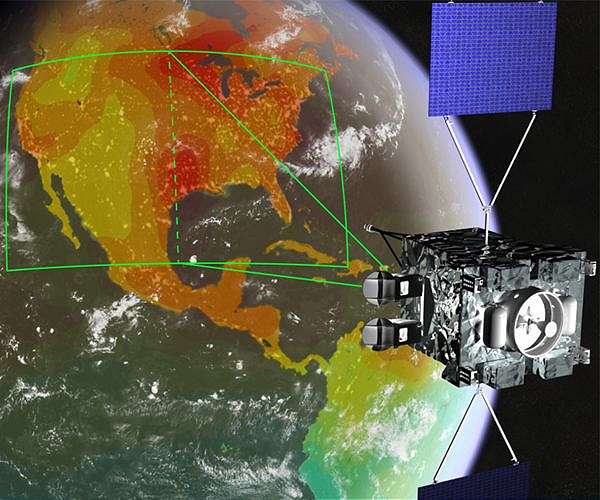 NASA announced Monday it intends to cancel development of its GeoCarb mission, and instead implement a plan for pursuing alternate options to measure and observe greenhouse gases.

Newer options to make key greenhouse gas measurements are emerging that were not previously available for the agency when considering GeoCarb. For example, NASA’s newest instrument that launched in July to the International Space Station, the Earth Surface Mineral Dust Source Investigation (EMIT), can measure methane.

“Decisions like this are difficult, but NASA is dedicated to making careful choices with the resources provided by the people of the United States” said Thomas Zurbuchen, the associate administrator for science at NASA Headquarters in Washington. “We look forward to accomplishing our commitment to state-of-the-art climate observation in a more efficient and cost-effective way.”

Additionally, NASA’s Earth System Observatory, slated to launch by the end of the decade, is the next generation of missions to observe Earth, and will provide a 3D, holistic view of our planet to help better understand what its changes mean for humanity.

“NASA prioritizes understanding how our home planet is changing – and greenhouse gases play a central role in that understanding,” said Karen St. Germain, NASA Earth Science division director at the agency’s headquarters in Washington. “We are committed to making key methane and carbon dioxide observations, integrating them with measurements collected by other national, international, and private sector missions, and making actionable information available to communities and organizations who need it to inform their decisions.”

NASA reached the decision about GeoCarb because of technical concerns, cost performance, and availability of new alternative data sources, as well as to keep the Earth Science portfolio aligned with overall science priorities. GeoCarb sought to probe the natural sources and exchange processes that control carbon dioxide, carbon monoxide, and methane in the atmosphere over the Americas. NASA will collaborate with the principal investigator team at the University of Oklahoma to plan an orderly close out the project.

The current estimated life cycle cost estimate for GeoCarb is over?$600 million. This estimate is more than three times the life cycle cost at the time of selection, which was capped at $170.9 million. The increased costs and delays of GeoCarb would have a detrimental impact on NASA’s Earth Science portfolio, including delays of up to two years for the Earth System Observatory which addresses the highest priorities for Earth Science as described by the National Academies.

For decades, NASA’s satellite missions in space, airborne and field campaigns have provided information about climate change, including melting glaciers, sea level rise, and greenhouse gas emissions. NASA remains committed to being a world leader in studying greenhouse gases, understanding how the planet is changing, helping communities understand that information, and how to apply it in a changing climate. 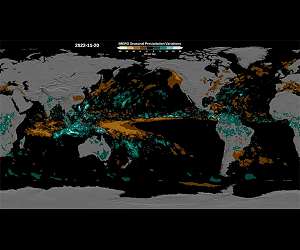 
Rain gauges are plentiful around the United States, but that’s not the case elsewhere in the world – particularly over oceans and sparsely populated areas. That means scientists and other data users have to rely on satellite measurements – such as those provided by NASA’s Global Precipitation Measurement (GPM) mission – to fill in the gaps.