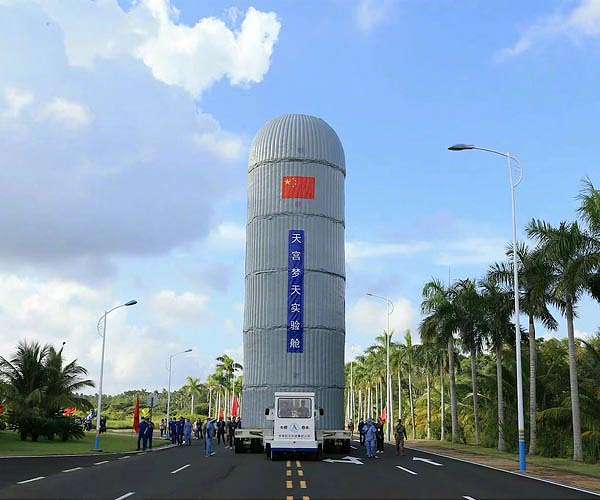 Propellant injection work on the Mengtian space lab, the second lab component of China’s Tiangong space station, was conducted on Monday morning at the Wenchang Space Launch Center in Hainan province, according to the China Manned Space Agency.

The agency said in a news release that the lab module has undergone ground tests at the center and will undergo checks of its functions along with its carrier, a Long March 5B heavy-lift rocket.

Preparations for the launch mission scheduled for this month are underway at the center, it noted.

The craft was transported to Wenchang by ship in early August.

Mengtian is about 17 meters long, has a diameter of 4 meters and weighs more than 20 metric tons, according to its designers at the China Academy of Space Technology.

Scientific equipment onboard will be used for microgravity studies and to carry out experiments in fluid physics, materials science, combustion science and fundamental physics.

Wentian, Tiangong station’s first lab module, was launched on July 24 on a Long March 5B heavy-lift rocket from the Wenchang center.

Tiangong is currently composed of four modules: the Tianhe core module, the Wentian lab, the Tianzhou 4 cargo ship and the Shenzhou XIV spacecraft. 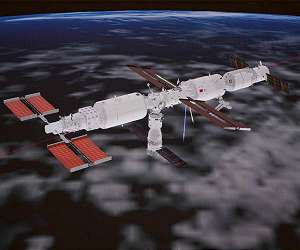 
The Wentian lab module of China’s Tiangong space station has been repositioned to dock with a radial port on the station’s Tianhe core module on Friday afternoon, which marked a key step in Tiangong’s in-orbit assembly, according to the China Manned Space Agency.

The agency said in a news release that during the hour-long operation that finished at 12:44 pm, Wentian was moved from the axial port of Tianhe to a radial port of the core module. The maneuver was carried out based on cooperation betwee … read more