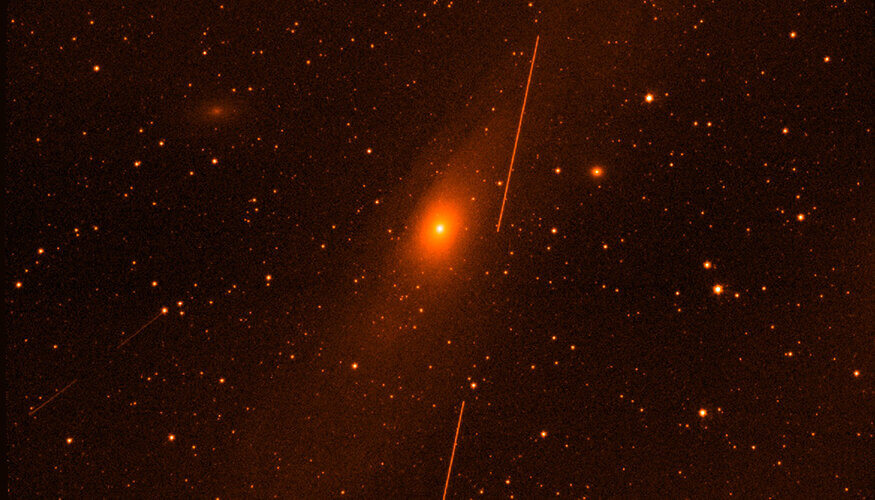 Known as GEOStare2, the payload has two space telescopes that together have taken more than 4,500 pictures for space domain awareness, astronomy and Earth observations that have been transmitted back to Earth during the past month.

The space telescopes were integrated into a Tyvak nanosatellite, weighing 25 pounds, that flew into orbit on May 15 aboard a SpaceX Falcon 9 rocket launched from NASA’s Kennedy Space Center.

“Our payload is operating very well; we’re ahead of schedule on the checkout,” said LLNL astrophysicist Wim de Vries, an associate program leader for the Lab’s Space Science and Security Program. “The satellite is functioning extremely well.”

“We are more than pleased with the quality and resolution of the images we have been receiving from Tyvak-0130,” said Marc Bell, chief executive officer of Terran Orbital, Tyvak’s parent company. “Our collaboration with LLNL has been incredibly successful thus far and we are more than optimistic about the future.”

To date, flying in low-earth orbit at 575 kilometers (or 360 miles altitude), GEOStare2 has taken more than 2,000 ground images of the Earth, as well as more than 2,500 images for space domain awareness and astronomy.

The technology has been developed by LLNL and Tyvak under a four-year, $6 million cooperative research and development agreement (CRADA) to advance compact satellites for commercial applications. It combines LLNL’s Monolithic Telescope (MonoTele) technology with Tyvak’s expertise producing high-reliability spacecraft.

Developed by LLNL over the past eight years, the MonoTele space telescopes range in size from one inch (called the mini-monolith) to eight inches.

One of the GEOStare2’s two telescopes has a narrow field of view with a high resolution, while the other has a wide field of view featuring excellent sensitivity.

The GEOStare2 payload, which is traveling aboard the Tyvak-0130 nanosatellite, is about the size of a loaf of bread and each sensor within it measures 85 millimeters (or 3.3 inches) in diameter and 140 millimeters (or about six inches) in length.

The Tyvak spacecraft features an advanced and stable attitude control system that features three-star trackers, four ultra-smooth reaction wheels and a high-performance flight computer, all developed and manufactured by Tyvak.

A one-inch LLNL-built mini-monolith space telescope has already been flying in space aboard Tyvak-0192, also known as Cerberus, and another 85-millimeter version was used on the GEOstare1 satellite that was launched in January 2018.

LLNL optical scientist Brian Bauman is the inventor of the MonoTele technology—replacing the two mirrors and metering structure with one solid piece of glass, with optical shapes and reflective coatings at both ends of the glass.

Founded in 2013 and headquartered in Irvine, California, Tyvak Nano-Satellite Systems is a satellite manufacturer and is a wholly owned subsidiary of Terran Orbital.