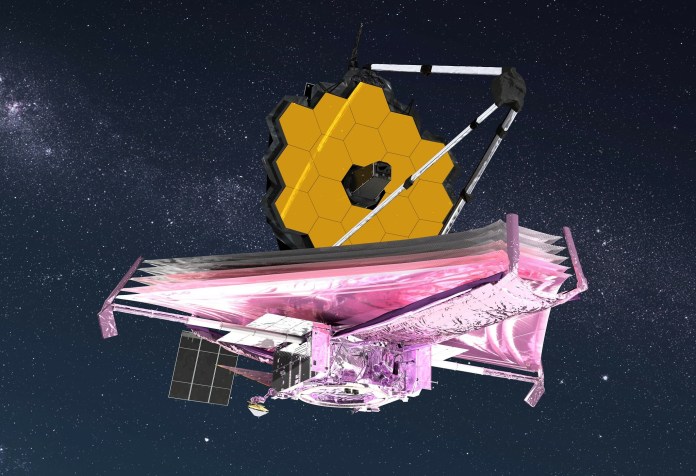 WASHINGTON — NASA’s James Webb Space Telescope arrived at its final destination 1.5 kilometers from the Earth Jan. 24, wrapping up a nearly flawless month since its launch.

A thruster on the spacecraft fired for about five minutes at 2 p.m. Eastern, changing the spacecraft’s velocity by approximately 1.5 meters per second. The small maneuver was sufficient to place JWST into a halo orbit around the Earth-sun L-2 Lagrange point, 1.5 million kilometers from the Earth in the direction opposite the sun.

“Webb is officially on station at its L-2 orbit,” Keith Parrish, JWST observatory commissioning manager at NASA’s Goddard Space Flight Center, said in a call with reporters two hours after the maneuver. “This is capping off just a remarkable 30 days.”

He noted later that, strictly speaking, the telescope didn’t need to make the maneuver to enter the halo orbit around L-2. “We really wanted to do today’s maneuver to shape our orbit like we wanted it,” he said.

That, along with the accuracy of the launch itself and two earlier maneuvers, gave the mission some flexibility on when to perform this final orbital insertion maneuver. Before the launch, this maneuver was scheduled for 29 days after launch but actually took place 30 days after launch. “We chose to do it on Monday at 2 p.m., and that was for logistical reasons for our team, and also for our ground resources around the world,” he said. “It made a lot more sense for our team to do it today, and it cost us no penalty.”

That accuracy also reduced the amount of stationkeeping fuel the spacecraft had to use, which means more is available for routine stationkeeping. JWST will fire its thrusters briefly — one minute or less — every three weeks to fine-tune the orbit. Parrish confirmed earlier estimates that the spacecraft, designed for a 10-year science lifetime, will have enough fuel to operate much longer.

“You’ve heard numbers around 20 years. We think that’s probably a good ballpark,” he said. That would rule out, he suggested, any planning for a refueling mission to extend JWST’s life, something that was informally discussed before its launch. “We don’t think fuel is going to be on our mind as far as a life-limiting thing going forward.”

Other aspects of JWST are working well, said Amy Lo, vehicle engineering lead for JWST at prime contractor Northrop Grumman. That includes tests of the spacecraft’s Ka-band high-gain antenna. “In terms of all the nuts and bolts on the observatory,” she said, “everything has been switched on and checked out.”

While JWST is now in its final orbit, NASA still has months of work to commission the telescope and its instruments. The 18 segments of the primary mirror have all moved off of their launch mounts, said Lee Feinberg, JWST optical telescope element manager at NASA Goddard, and engineers will soon start the process of aligning those mirrors.

That work will start by looking at a single, relatively bright star. “We’ll get 18 separate images that will be very blurry,” he said. Controllers will make minute adjustments in the position of the mirror segments to “stack” the images, then maker further adjustments to align the mirror segments into a single mirror and then align that image with JWST’s instruments.

Project officials said they still expect the overall commissioning process of the telescope to be completed in about five more months. “We’re a month in and the baby hasn’t even opened its eyes yet,” said Jane Rigby, JWST operations project scientist at Goddard.

That commissioning will be capped off by the release of the first images from the telescope. “That is the set of data that shows that the telescope is working, the science instruments are working and this is indeed the transformative telescope we expect it to be,” Rigby said. 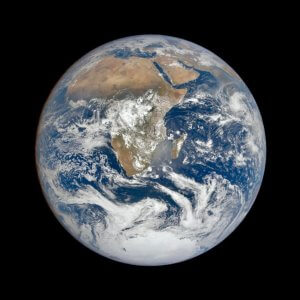