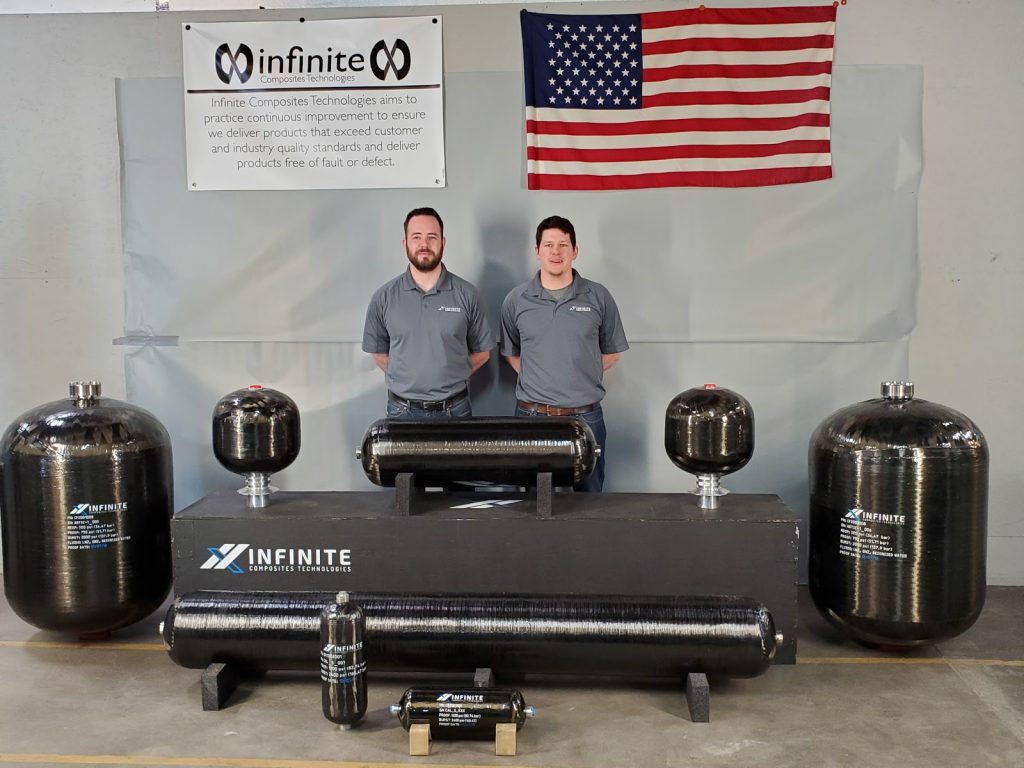 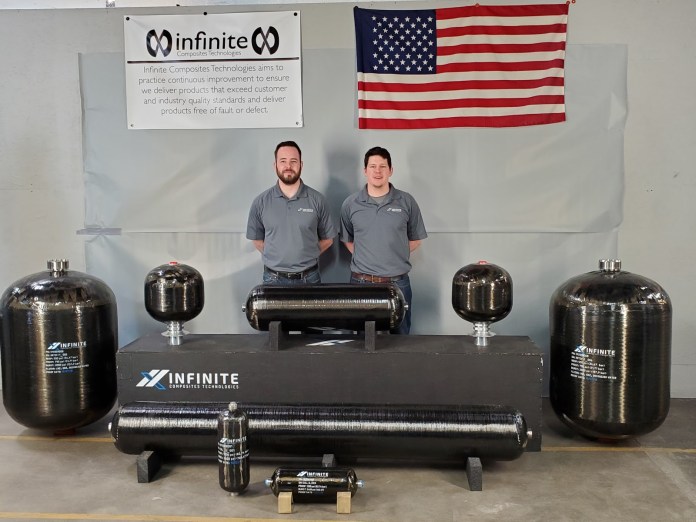 When Matt Villareal’s college roommate invited him to design and build a Formula One car, he never imagined it would lead him to revolutionize energy storage and jump into the aerospace industry. Villarreal joined a team of students that ended up converting one of the cars to run on compressed natural gas in a heavy metal tank. When they realized the tank was 10% of the car’s weight, they started searching for lighter alternatives. Options were limited. Villarreal read an article stating that liner-less tanks were the Holy Grail for natural gas storage. It inspired him to design the technology.

“Traditionally, natural gas storage tanks use metal or plastic on the inside. We developed some new technology and manufacturing processes to eliminate that liner and only leave the all carbon fiber shell,” Villarreal explains. His design reduces the mass of the tank by 40% and the cost by 50%.  “We’ve basically developed some custom resin systems we reinforced with carbon fiber…We’ve invented some new materials based on some nanoscale additives to one, make the carbon structure more impermeable to gases, and two, it increases the strength of the overall structure.”

The resins and materials science is one of the major parts of Infinite Composites Technologies, the company Villarreal founded in 2010. To make the whole system work, Infinite Composites had to develop some new processes to make the form the carbon fibers wrap around. They created a rigid, strong mold that is removable after the fibers harden which leaves behind the carbon shell. The final component of the technology is the bonding on the metallic interfaces of the carbon shell where the gas lines plug into the tank. “We’ve created a process that makes it a very robust bond between those two materials and we’ve been able to take these tanks to higher pressures than have ever been seen by anyone who’s done this process.”

One material the company uses is graphing nanoplatelets, which are one-dimensional carbon structures that are difficult to break down. After running simulations on one tank to gauge the life of the structure, Villarreal has seen the strength of the tank increase with repeated pressure and depressurization, extending the life of the tank over tanks with liners.

Infinite Composites has also been able to introduce 3D printing to the process, reducing the labor costs by half. Though Infinite Composites began by servicing the energy sector, Villarreal quickly saw the opportunity to get involved in space. “If you consider a space launch vehicle like the Saturn V, which sent astronauts to the moon, basically 60% of the mass of that vehicle was made up by its tanks. Those tanks were storing liquid oxygen and liquid hydrogen…As you’re flying and pushing those propellants out, you’re getting some really interesting thermal gradients. Being able to distribute that thermal gradient across the tanks and also being able to keep the liquid inside at a very cold temperature has a major effect.”

Infinite Composites’ tanks have a low heat transfer, which means the tanks need no secondary insulation to maintain the cold temperatures, unlike the metal tanks common on space launch vehicles. The company has also done development on some satellite constellations. Nothing is flying yet, but they’ve secured a contract for LEO with Europe’s largest satellite manufacturer. They’re also developing small tanks to be integrated into CUBESATs. They hope to sell these on their website to college students building these satellites so they can have access to advanced technology.

Typically, the tanks are used in propulsion systems in satellites. The system they’re currently working on will hold 5,000 PSI Xenon. The fuel isn’t being combusted but heated up and thrown out as mass to move the satellite in space. Previously, satellites weren’t able to be refueled, but there have been efforts to do satellite refueling. There are some start-ups pursuing this option. Infinite Composites is talking to them about using their tanks for refueling.

As for the future of Infinite Composites, it appears infinite. “The effort to commercialize Low Earth Orbit is already underway. Alongside that, the global space community is pushing for the Artemis program and Lunar Gateway program to set up a lunar base. Space tourism is going to drive a lot of public attention and get more people excited about space. I see industry moving off earth to the moon and mars,” Villarreal says. “Once you leave earth, resources are basically infinite. You’ll need pressurized gas tanks for every vehicle and for all these lunar landers and rovers. We can enable them to move faster…go farther and then have these tanks to support life on other planets.”