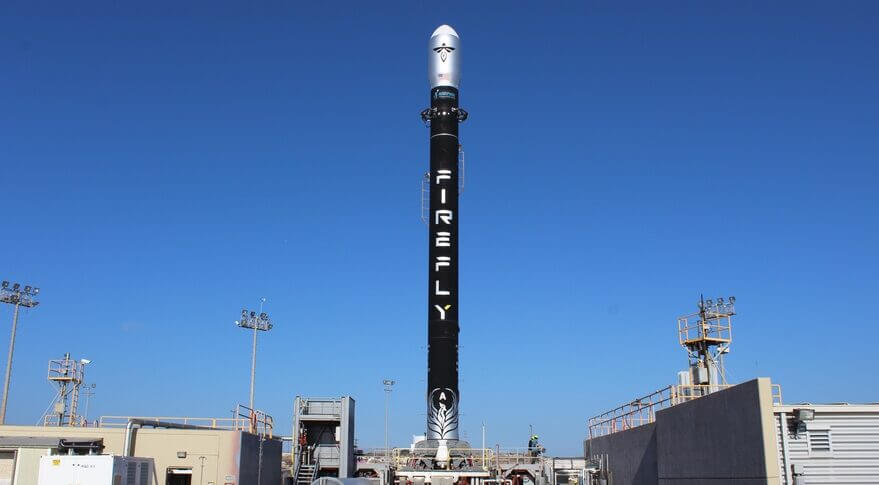 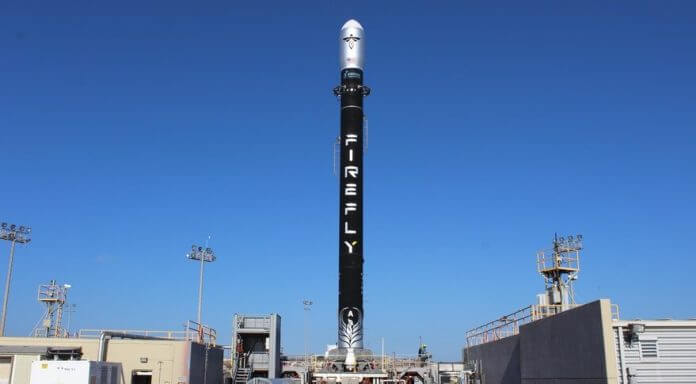 VANDENBERG SPACE FORCE BASE, Calif. — Firefly Aerospace is ready for the first orbital launch attempt of its Alpha rocket on a flight that is as much about collecting vehicle data as it is about reaching orbit.

The Alpha rocket is scheduled to lift off during a four-hour window that opens at 9 p.m. Eastern Sept. 2 from Space Launch Complex 2 here. The company has a two-hour backup window Sept. 3. Weather is favorable for the launch.

The inaugural Alpha launch is primarily a demonstration mission for the new small launch vehicle. “It’s a test flight,” Lauren Lyons, chief operating officer of Firefly, said during a tour of the company’s launch control center Sept. 1. “Our really big goal is to get Alpha to space. If we can get to orbit, even better. If we can open up that fairing and deploy those satellites, even better. Our goals are to collect as much data as we possibly can and take Alpha as far as it can go.”

While Alpha is designed to carry up to one metric ton of payload to orbit, this inaugural flight is carrying less than 100 kilograms. The Dedicated Research and Educational Accelerator Mission (DREAM) includes several cubesats as well as “non-technical” payloads, such as memorabilia and photos. The mission will also test a plasma thruster Firefly intends for use on its Space Utility Vehicle tug and an 18-square-meter drag sail contributed by Purdue University to help deorbit the upper stage.

Rather than launch to the south into a polar orbit, as typically used for missions from Vandenberg, Alpha will launch to the west, placing the payloads into a retrograde orbit 300 kilometers high at an inclination of 137 degrees. That also reduces the payload capacity of the vehicle.

Firefly took that approach for range safety on its first launch. “We’re taking a really safe trajectory,” said Tom Markusic, chief executive of Firefly. “If we were flying due south, we’d have a very tight corridor we’d have to go down though. Here, we have a very wide corridor so that, if the vehicle’s not tracking quite right, it gives us an opportunity to get back on track without having to terminate the mission.”

If this launch is successful, Firefly could be ready to perform its second Alpha launch, and first with a commercial customer, as soon as December. Markusic said the company has a couple prospective payloads lined up for the launch. “A lot of it depends on the relative success of this launch and the amount of risk customers are willing to take,” he said. “That will determine which customers would be on that second flight.”

Markusic, like Lyons, emphasized that the primary purpose of the launch is to collect data about how Alpha performs in flight. “It’s a flight test, so getting data is success,” he said. “The more data we get, the better.”

The only thing he is worried about is not the rocket itself but holddown clamps at the base of the vehicle that must release with precise timing to allow the vehicle to lift off. “I worry about one of them hanging up and causing us to lose the rocket before it’s had a chance to give us some flight data,” he said, adding those clamps have been extensively tested. “I can accept if we ultimately find another problem that we could have only found in flight, but I just can’t accept a ground system causing us to lose a mission.”