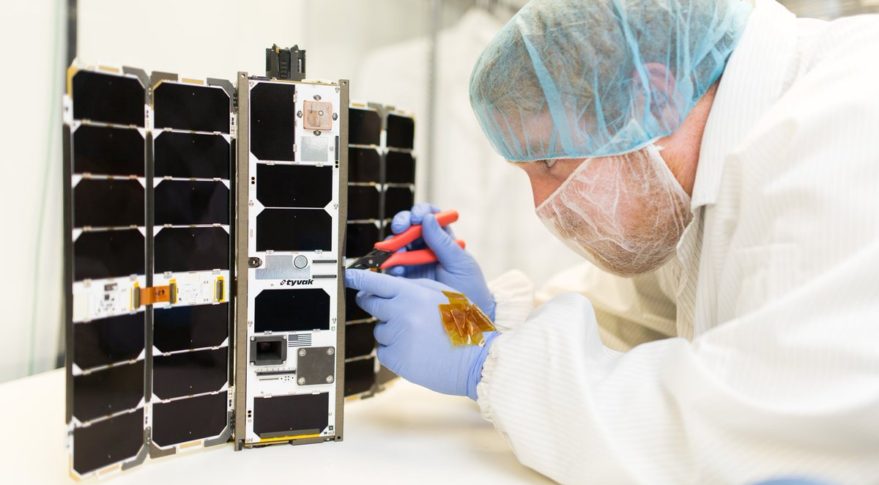 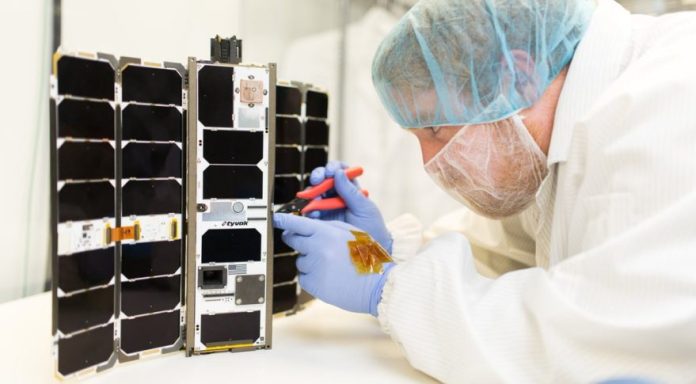 TAMPA, Fla. — EchoStar hopes the third time will be a charm for the U.S. satellite operator racing to secure global non-geostationary S-band rights this summer.

The company plans to lock down these spectrum rights ahead of an Aug. 10 deadline with a nanosatellite launching before the end of June, EchoStar Satellite Services president Anders Johnson told SpaceNews in an interview.

Its last two nanosatellites suffered post-launch propulsion system failures that prevented them from reaching an orbit where EchoStar must provide services before the August deadline to keep the license.

EchoStar previously had until the beginning of April to secure the license, but got an extension from the International Telecommunication Union (ITU) to make its third attempt.

Securing the license by bringing the satellite into use will in essence extend EchoStar’s S-band footprint beyond Europe and parts of Africa and the Middle East, where it currently offers voice and data mobile satellite services (MSS) from geostationary orbit.

“Once we have those rights in use, that then gives us all of the raw materials to hopefully be able to fully pursue the development of a global business in the band,” Johnson said.

S-band spectrum is unique because it is dually licensed worldwide at the ITU level for terrestrial and satellite use, he added.

However, it will take time to develop and prove capabilities that draw on combined technologies.

EchoStar plans to integrate its mobile satellite service capabilities with a complementary ground component in the future.

Its sister company, U.S. satellite TV provider Dish Network, is building out a terrestrial wireless network partly with S-band spectrum it acquired nearly a decade ago for North America.

Years in the making

Billionaire Charlie Ergen controls Dish Network and EchoStar. While Dish Network focuses on the U.S. market, EchoStar embarked on its international S-band strategy in 2013 after buying Solaris, an Irish company that was struggling to find a market for the frequencies covering Europe.

Solaris changed its name to EchoStar Mobile Limited (EML), and now provides connectivity services in and around Europe with its EchoStar-21 satellite and a partly operational payload on Eutelsat-10A.

British satellite operator Inmarsat also has an S-band license for the region, using the spectrum for its hybrid satellite and cellular European Aviation Network (EAN).

Inmarsat’s competitors have launched legal action over how EAN is using S-band, arguing that its heavy ground network use conflicts with the license’s intent.

In late 2019, it acquired Canadian startup Helios Wire, which was developing a business to connect satellites with Internet of Things devices.

That acquisition gives EchoStar worldwide S-band rights in low Earth orbit (LEO) — if it can launch and operate its upcoming satellite in time.

Helios Wire’s regulatory filings give EchoStar priority rights over “pretty much everyone else” that filed for similar frequencies, according to Johnson.

However, he added “we’re also realistic in our expectation as to exactly what that global footprint looks like, because in certain countries the S-band has already been licensed for — and deployed — terrestrially.”

There are also political barriers in certain countries that will likely block access in some areas.

EchoStar’s vision for using the band globally depends on standards currently being developed for 5G, Johnson said, including the nonterrestrial radio components that will be a part of how next-generation wireless services are defined and operate. This affects the level of interactivity between terrestrial and satellite networks.

“That’s really where we see S-band fulfilling a role that really hasn’t existed yet,” he said, referring to how satellites are playing a part in next-generation wireless plans for the first time to expand the footprint and capabilities of 5G.

The next big milestone for 5G’s development, being coordinated by the 3GPP standards organization, is Release 17 that is expected to include non-terrestrial components when it is unveiled early next year.

In the meantime, EchoStar is developing its European S-band business as it anticipates these future 5G opportunities.

Cellular network operators are increasingly adopting cloud and other virtualization tools for their networks, potentially making it easier for satellite service integration.

Hughes Network Systems (HNS), which EchoStar owns, unveiled a hybrid terminal May 10 for its European customers called Hughes 4510, which automatically switches to S-band satellite services when moving out of terrestrial cellular coverage areas.

“I think once 5G starts to get built out terrestrially and the whole virtualization of networks occurs in satellite and terrestrial — really for the first time, converged together in a common group of standards — that’s [when] products that will support applications such as what the 4510 is targeted to do … should proliferate quite broadly and quite quickly,” Johnson added.

Dish Network announced a partnership April 21 to use cloud services from Amazon Web Services (AWS) to build out its 5G network across the United States.

The satellite broadcaster plans to deploy wireless services through a 5G Open Radio Access Network (O-RAN), a virtualized network that mostly runs through the cloud.

Johnson declined to comment on discussions EchoStar is having with potential partners as it looks to expand S-band services internationally.

“The system as a network will be architected in the most efficient way possible,” he added.

“So that most likely includes putting nodes for the terrestrial access points at, or very proximate, to data centers.”

SpaceX announced plans May 13 to install ground stations within Google’s data centers for its Starlink broadband satellites under their cloud partnership.