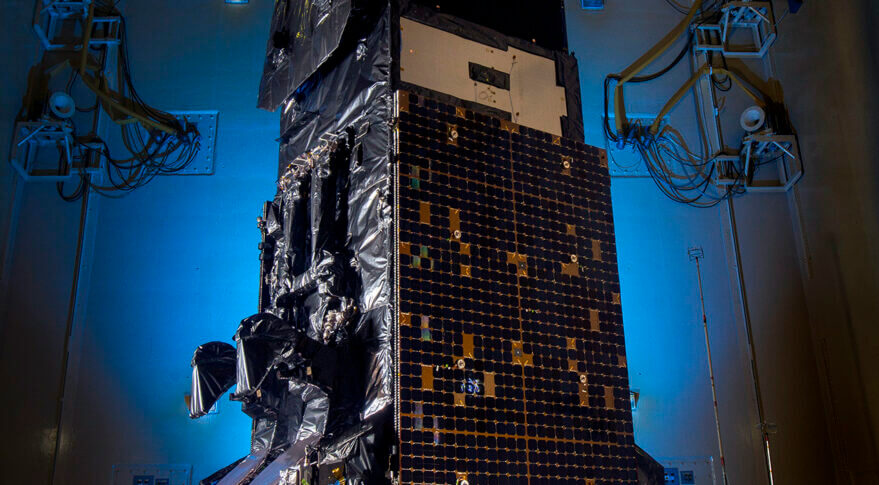 “The path the Space Force is marching towards is that we won’t rely on those [GEO satellites] in the future,” Space Development Agency Director Derek Tournear told reporters at the Air, Space & Cyber conference.

The agency, known as SDA, is developing a constellation of missile-tracking satellites using large numbers of small satellites in lower orbits. SDA next month will become part of the Space Force.

Tournear’s comments came a day after the Space Force’s top acquisition executive Frank Calvelli said DoD can no longer afford billion-dollar satellites that on average take seven years to develop while China is moving to build new constellations at a rapid pace. He specifically criticized the current Next-Generation Overhead Persistent Infrared (Next-Gen OPIR) satellites that the Space Force is buying from Lockheed Martin at a cost of $7.8 billion for three GEO satellites and ground systems.

By comparison, SDA recently ordered 28 missile-tracking satellites for about $1.4 billion.

Next-Gen OPIR will be the last GEO missile-warning satellites to be acquired by the Defense Department, Tournear said. The plan is to launch all three between 2025 and 2028. Northrop Grumman separately is developing two Next-Gen OPIR polar satellites that have not yet transitioned to production.

After the three GEO satellites are launched, “the future will all be proliferated LEO with a semi-proliferated MEO to give you that resilience.” said Tournear. The Space Force plans to field a layer of medium Earth orbit missile-defense satellites.

“We’ll do away with the GEOs and the big, exquisite, expensive satellites,” said Tournear. “We’ll have this proliferated layer in LEO and MEO to provide missile warning and missile tracking.”

Current missile warning satellites, to be sure, will stay in operation for decades to come. There are today six Space Based Infrared System (SBIRS) satellites in GEO and highly elliptical orbits that are projected to last two more decades. And the Next-Gen GEOs will be in orbit well past 2050.

The architecture will shift but missile-warning satellites can’t be turned off “because this is a no-fail mission that the U.S. is relying on the Space Force to provide,” said Tournear. “so we want to have that overlap … We want to make sure we have a firm handle and make sure that the LEO layer is working before we let go.”

GEO constellations will be part of the architecture for the lifetime of those satellites, he said.

The chief of space operations of the U.S. Space Force Gen. John “Jay” Raymond told reporters on Wednesday that the missile-warning satellite architecture is being redesigned but insisted that current systems will stay in operation for as long as necessary.

“The challenge that we have in the space domain is that we operate all these capabilities for the world,” he said. “And you can’t tell the world I’m going to turn off GPS, or turn off missile warning and we’ll be back to you in about 10 years with new stuff.”

“We’re looking to diversify our architecture,” he said. “That will help us be more resilient .. But you’ve got to have a bridge,” Raymond said. “And so those are the discussions we’re having on how you balance risk as we transition from old to new.”

Notably, when the U.S. Air Force announced in 2018 it would stop buying SBIRS satellites and acquire the Next-Gen OPIR, officials argued that the new satellites would be less costly and more survivable than SBIRS.

SBIRS satellites were criticized in 2017 by Gen. John Hyten for being “juicy targets” for enemy anti-satellite weapons. That led the Air Force to accelerate the procurement of Next-gen OPIR.