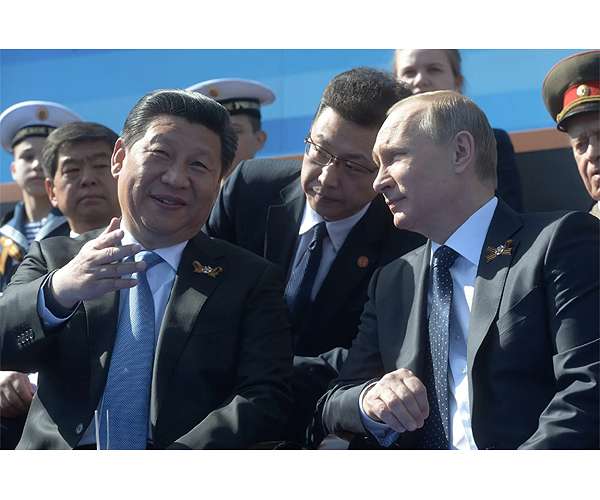 China called Wednesday for a “ceasefire through dialogue and consultation” following Russian President Vladimir Putin’s address on Ukraine, in which he announced a partial military mobilisation.

“We call on the relevant parties to realise a ceasefire through dialogue and consultation, and find a solution that accommodates the legitimate security concerns of all parties as soon as possible,” China’s foreign ministry spokesman Wang Wenbin told a regular press briefing.

Putin announced the mobilisation earlier Wednesday and vowed to use “all available means” to protect Russian territory, after Moscow-held regions of Ukraine announced annexation referendums.

China and Russia have drawn closer in recent years as part of what they call a “no-limits” relationship that acts as a counterweight to the global dominance of the United States.

“China calls on relevant parties to properly resolve their differences through dialogue and consultation, and is willing to work with the international community to continue to play a constructive role in de-escalating the situation.” 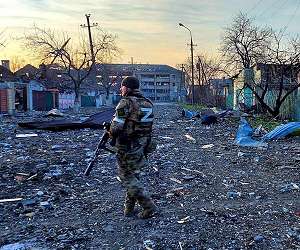 
In the eastern Ukrainian village of Bohorodychne – which means “where God was born” – the golden domes of the church have fallen down.

The church was blown up in one of the many shellings the village has seen as it was taken and retaken several times by Russian and Ukrainian troops fighting for the Donbas.

Ukrainian soldiers said Russians fled the village a few days earlier, in the face of their army’s sweeping counter-offensive.

They left a ghost town behind.