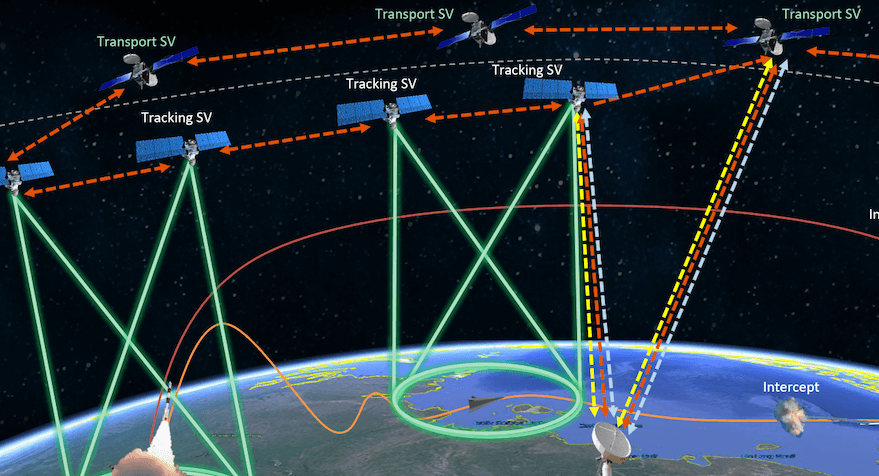 Maxar CEO Jablonsky: ‘It’s a new proprietary design that we worked on with L3Harris’

The satellites will be part of a missile-detecting and tracking network being developed by the agency.

“It’s a new proprietary design that we worked on with L3Harris to make sure that the spacecraft is fit for the purpose of the mission,” Jablonsky said in an interview at the Air, Space & Cyber conference.

L3Harris and Northrop Grumman were selected by the Defense Department’s space agency to each produce 14 missile-tracking satellites for a low Earth orbit constellation known as the Tracking Layer Tranche 1.  The 28 satellites will be part of a global network to detect and track ballistic and hypersonic missiles.

The agreement with L3Harris is Maxar’s first major defense satellite contract. Jablonsky said he views it as a validation of the company’s strategy to diversify its mostly commercial satellite manufacturing business.

“We’re very excited about the relationship and really glad L3Harris picked us as a partner and trusts us to do this for them,” he said.

Jablonsky said the supplier agreement with L3Harris is not exclusive and the company could potentially team up with other defense contractors. He noted that L3Harris for years has been a supplier of reflectors for Maxar’s communication satellites, and of wideband antennas for the Legion imaging satellites.

“We try to be very agnostic about what capabilities we bring to DoD,” she said. For the Tranche 1 contract, “we did a very candid trade, we looked at what our bus options were, and Maxar came out on top.”

L3Harris plans to compete for other military space programs and will evaluate buses for low, medium and geostationary orbit satellites, said Wendling. Further down the road, “we’ll talk about cislunar and other things as well. But we definitely need to make sure we have buses for different orbits.”

“Because of the sensitivity of our infrared sensors, we were able to see the Chinese hypersonic missile test launch last August,” she said. “We took this really seasoned technology from the infrared domain focused on weather into missile warnings and defense.”

The 28 Tranche 1 tracking satellites are projected to launch in 2024, an ambitious schedule that might be difficult to meet if current supply chain problems continue. SDA Director Derek Tournear said last week that the launch of the agency’s first Tranche 0 satellites that had been scheduled for late September is slipping to no earlier than mid-December.

Jablonsky said Maxar is putting in place business processes to ensure it can build 14 buses for L3Harris over the next two years.

The industry is trying to get back on track after an unprecedented 24 months when the global pandemic disrupted supply chains in many sectors. In Maxar’s case, he said, its supply chain had already been impacted before the pandemic due to a downturn in geostationary commercial satellite orders that started in 2016.

“With all of the new activity that’s being generated with space, with commercial, intelligence, defense and civil missions, I think that we will be building a much more robust supply base, but it will look different than the one that we had going into the pandemic,” said Jablonsky.

“Things are much better already,” he added. “We’re getting much more predictable bids. We can go out to suppliers and sit with them and understand their capacity, their timelines … We’re very pleased with a lot of the investments the supply chain has been making to add better speed and predictability.”