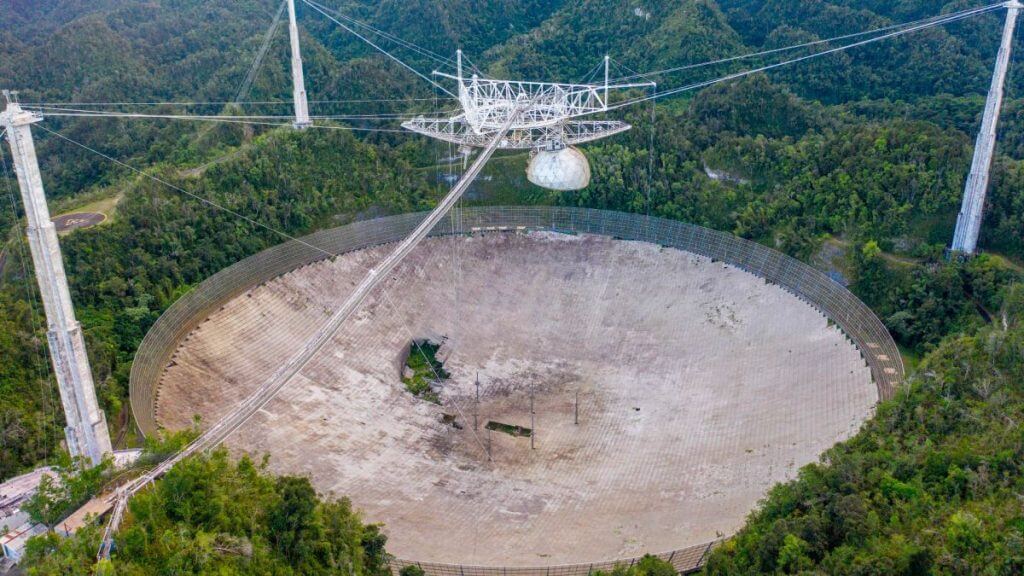 Scientists have published a huge study on near-Earth asteroids using data from the collapsed Arecibo Observatory in Puerto Rico.

The study contains radar cross sections and other information on 191 asteroids, using delay-Doppler radar observations collected from the now-defunct Arecibo Observatory between December 2017 and December 2019.

The data can be used for clues about the spin periods and sizes of many of these asteroids. Additionally, 37 asteroids were presented in even greater detail, with more refined size evaluation, preliminary shape evaluation, information about how reflective they are in radar, and if the radar observations match with the visual and near-infrared observations, according to a statement (opens in new tab).

Observations from Arecibo have contributed to planetary defense efforts, including the recent DART mission, and characteristics of several potentially hazardous asteroids are included in the paper.

The paper details numerous interesting findings, including two asteroids with abnormally high radar albedos, or reflectivity in radar, suggesting that they could be metal-rich. Another highly reflective asteroid, rare equal-mass binary 2017 YE5, was suggested to have ice below its surface instead of metal richness due to its low bulk density.

—  Asteroids threatening Earth could be spotted by network of spacecraft near Venus’ orbit, Chinese scientists say

Overall the data is valuable in a number of ways, including holding potential clues to the evolution of the solar system and containing valuable information for future endeavors such as asteroid mining.

“There’s still a lot of high-quality data to be analyzed in detail, which could even support planning future spacecraft missions to small bodies,” Flaviane Venditti, head of Arecibo’s Planetary Radar Science Group and study co-author, noted in the statement.

The study leaves doors open for further research, according to Anne Virkki, the study’s lead author and a researcher with the Department of Physics at the University of Helsinki in Finland, who describes the paper as “like a teaser for a full movie.”

A paper (opens in new tab) describing the Arecibo Observatory’s near-Earth asteroid data was published in the Planetary Sciences Journal.