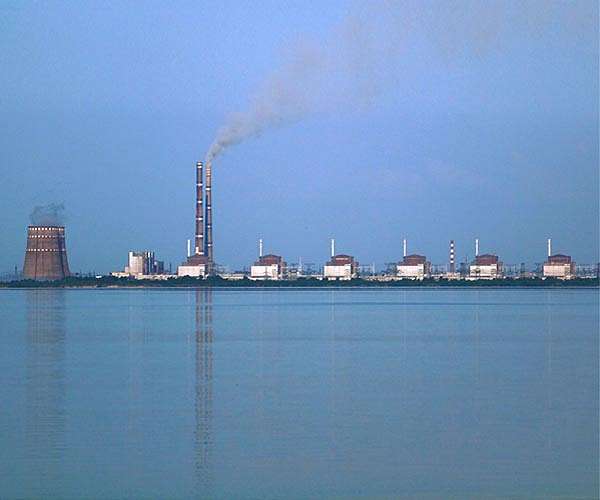 With Monday’s strike in the southern Mykolaiv region “the second phase of their nuclear blackmail has begun,” said Polovich.

Attacks around nuclear facilities in Ukraine have spurred calls from Kyiv and its Western allies to de-militarise areas surrounding the complexes.

AFP reporters on Tuesday saw a deep crater strewn with shell fragments a few hundred metres from the Pivdennoukrainsk plant during a press trip organised by the Ukrainian nuclear energy agency Energoatom.

Dozens of metres from the crater, a building that AFP was not permitted to visit appeared to have its doors and windows blown out by the explosion.

On the other side of the crater, another building, less damaged, had also lost most of its windows.

According to Pivdennoukrainsk security chief Ivan Zhebet, police and prosecutors searched the site for shrapnel, which they took away to identify the projectile.

Pivdennoukrainsk is the third nuclear site to be affected by Russia’s invasion of Ukraine launched in late February.

Europe’s largest atomic facility — the Zaporizhzhia nuclear plant in Russian-held territory in Ukraine — has become a hot spot for concerns after tit-for-tat claims of attacks there.

Early in the war there was fighting around Chernobyl in the north, where an explosion in 1986 left swathes of the surrounding territory contaminated.

The Zaporizhzhia plant was seized by Russian troops in March and shelling around the facility has spurred interventions from Western leaders.

A monitoring team of the UN’s atomic agency deployed there in early September.

French President Emmanuel Macron this month urged his Russian counterpart Vladimir Putin to withdraw heavy weapons from the region, while the Russian leader cautioned against the potential “catastrophic” consequences of fighting there. 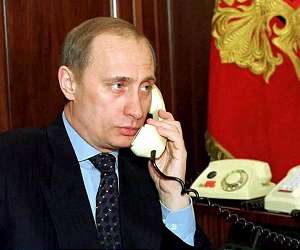 ‘Don’t. Don’t’: Biden to Putin on nuclear weapons in Ukraine


US President Joe Biden is warning his Russian counterpart Vladimir Putin against using chemical or tactical nuclear weapons in the wake of serious losses in his war in Ukraine.

Biden was responding to an interviewer’s question about the possibility of Putin, whose army is incurring heavy losses in the Ukraine counteroffensive this month, resorting to chemical or tactical nuclear weapon … read more